Tyler The Creator has now apologized to Selena Gomez in a new song. On June 25, the rapper released his much-anticipated new album, “CALL ME IF YOU GET LOST.” The project, which marks Tyler’s seventh studio album, includes features from Lil Wayne, Ty Dolla Sign, 42 Dugg, and more.

“Tyler’s album is so hard. Definitely a breath of fresh air,” one fan wrote on Twitter. “This game is over, lets talk about how amazing this Tyler The Creator album is,” another fan commented. What’s more, the project is expected to become Tyler’s second No. 1 album, with over 175,000 units sold in its first week (via Chart Data).

Still, one song from the album has the internet in shock — and it’s mostly due to Tyler apologizing to Gomez in one particular line. Find out more about Tyler’s apology below. 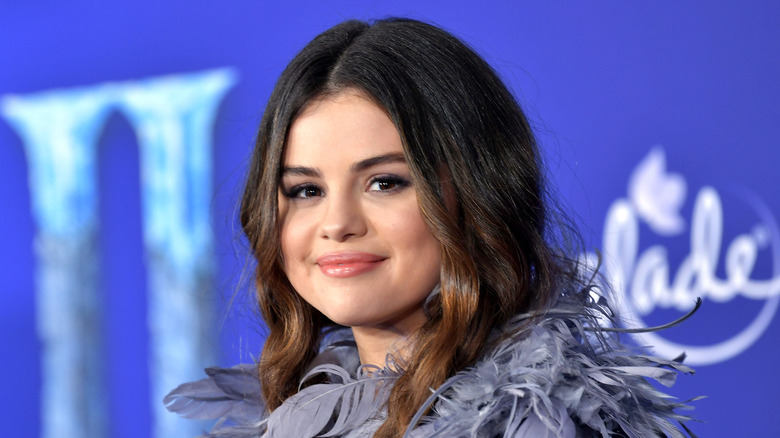 On his newly released album “CALL ME IF YOU GET LOST,” Tyler The Creator sent out a surprise apology to Selena Gomez. The song in question, “MANIFESTO,” includes a line in which Tyler admitted he was jealous of the pop star’s relationship with Justin Bieber.

“I was a teener, tweetin’ Selena crazy s**t,” Tyler raps in the second verse (via Genius). “Didn’t wanna offend her, apologize when I seen her / Back when I was tryna f**k Bieber, Just-in.” What exactly did Tyler apologize for, though? Between 2010 and 2011, the rapper fired a series of controversial and sexually charged tweets aimed at Gomez (per Billboard). At the time, Gomez was in a very public relationship with Bieber, who also happened to be Tyler’s good friend.

In 2013, Tyler also discussed his feud with Gomez during an interview with Los Angeles’ Power 106. “We don’t really get along. She don’t like me,” he said. “We don’t like each other ’cause [I’m] kicking it with Justin [Bieber], like that’s my homeboy.” He continued, “She always be mean muggin’ me. Like why are you hating on me?” His past tweets, maybe? As of now, Gomez hasn’t reacted to Tyler’s apology.

Elvis Presley: What Was His Ethnicity and Family History?