If you’re in the mood for an exciting, heart-pumping flick, Netflix has you covered. From originals like Extraction to theatrical blockbusters like I Am Legend, the streamer carries a number of noteworthy titles. Here are 10 action movies on Netflix that will give you the adrenaline jolt you’re craving. 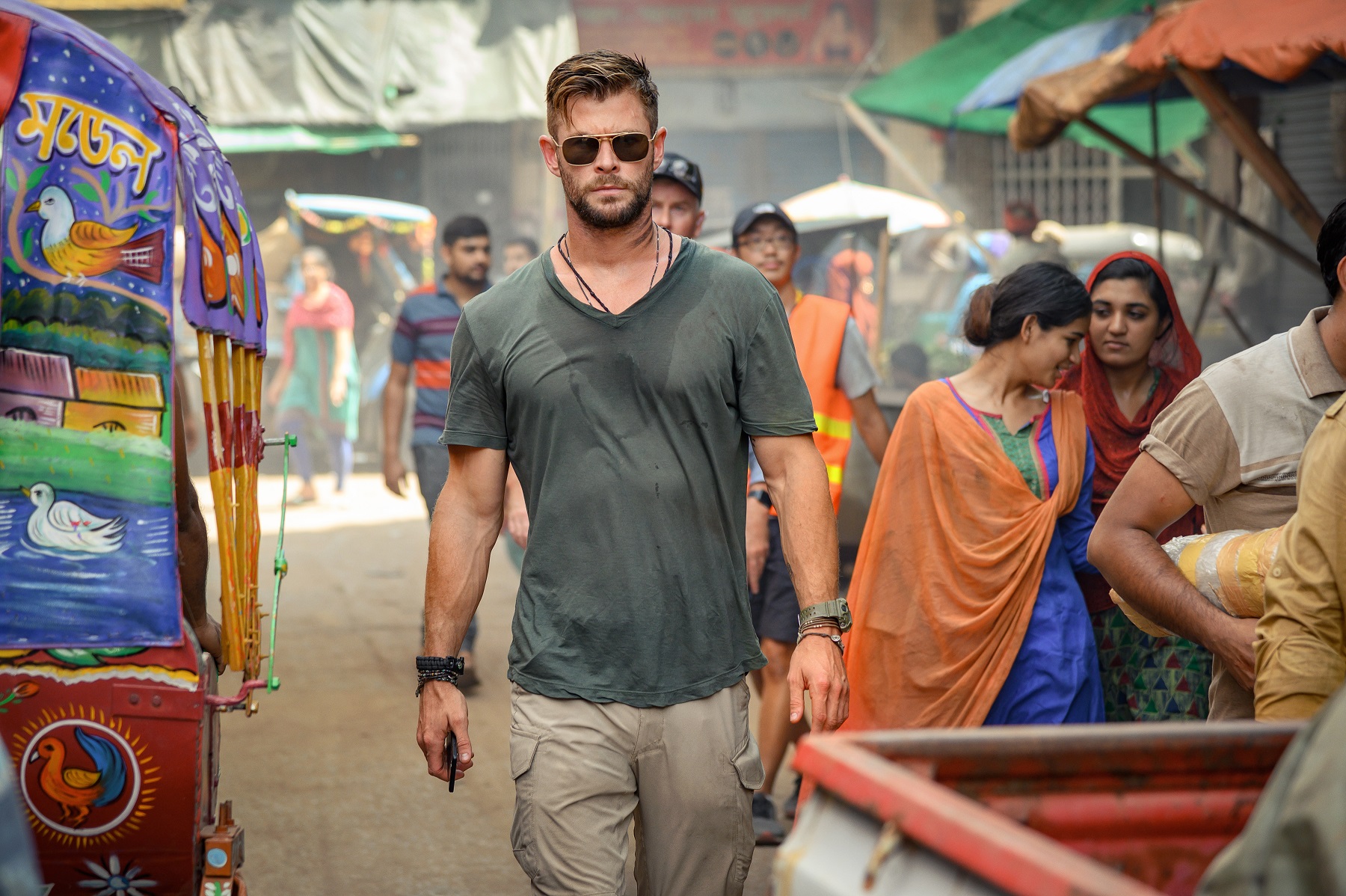 Chris Hemsworth as Tyler Rake, a black-ops mercenary hired to extract the teen son of an imprisoned drug lord in India.

But when unexpected hurdles compromise the mission, Rake decides he can’t leave the boy behind. He takes things into his own hands and must navigate a network of criminals to get the teen to safety. David Harbour, Randeep Hooda, and Rudraksh Jaiswal also star in this 2020 thriller.

From renowned action director Michael Bay, 6 Underground follows a group of highly skilled and trained mercenaries who have left their past lives behind only to live for the thrill of their missions. Ryan Reynolds plays One, a former billionaire philanthropist and businessman who quits his life to become the leader of this vigilante crew. The 2019 film also stars Mélanie Laurent, Manuel Garcia-Rulfo, Adria Arjona, Corey Hawkins, Ben Hardy.

Starring award-winning actors Ben Affleck, Pedro Pascal, Oscar Isaac, Charlie Hunnam, and Garrett Hedlund, Triple Frontier follows a group of ex-Special Forces operatives who come together for one last mission. The former soldiers head to South America to rob a drug lord. But when the mission starts going south, the crew has to work together to make it out of the country alive.

Academy Award-winning actor Charlize Theron plays a centuries-old warrior in The Old Guard The 2020 film follows the immortal soldier and her crew of skilled fighters as they continue their mission to protect humanity. But when a biotech company discovers their powers, the supernatural vigilantes must save themselves.

Mile 22 is a 2018 action thriller that stars Mark Wahlberg as CIA operative James Silva. When he is sent to lead a small team on a critical international mission to transport an asset 22 miles, Silva finds himself fending off local gangs, police, and the military. John Malkovich, Iko Uwais, Ronda Rousey, Lauren Cohan, and Nikolai Nikolaeff also star.

I Am Legend is a 2007 blockbuster starring Will Smith as military virologist Robert Neville. When a virus wipes out most of the Earth’s population, Roberts finds that he’s the last human left in a city overrun by mutants.

Spenser Confidential follows an ex-cop who plans on leaving his hometown of Boston to start a new life after completing a stint in prison. But he soon finds himself in the middle of cover-up, and he is determined to bring down the dirty cops at the center of it.  The 2020 action movie stars Mark Wahlberg, Winston Duke, Alan Arkin, and Post Malone.

Olympus Has Fallen is a political action thriller that follows a former presidential security officer who must step in when the President and his staff are taken hostage by terrorists. The 2013 film stars Gerard Butler and Aaron Eckhart.

Based on a webcomic, Polar follows Duncan Vizla, aka The Black Kaiser, a retired world-renowned assassin who finds himself back in the game when an army of younger assassins makes him their target.  The 2019 Netflix original stars Mads Mikkelsen and Vanessa Hudgens.