Home » TV & Movies » A script full of vim and vigour 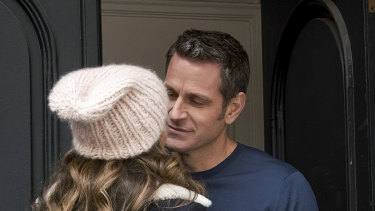 Sigh. We wish. A lot of absurd things happen in Younger, starting with its premise. Fortysomething woman passes herself off as mid-twenties in order to get a cool job. But nothing has quite stretched credulity – in a very sweet way – like Charles (Peter Hermann) giving up his job as head of a publishing company so his lover won’t have to lose her much lowlier position. Of course, Sutton Foster’s Liza is so utterly delightful Charles’ decision is more believable than it might otherwise have been. And it makes possible the kind of thing that has sustained Younger so powerfully over six seasons: its genuine, intelligent exploration of gender politics and 21st century social mores. The focus till now has been chiefly on women. But as an unemployed middle-aged man, Charles has a whole new journey opening up ahead of him that promises to add depth and richness to Younger’s central themes. Other key players also have some fascinating challenges to deal with and there is also, of course, an endless parade of fabulous clothes (including Diana’s magnificent statement necklaces); an impossibly romantic vision of Williamsburg; the kind of warm-hearted sexiness showrunner Darren Star has made his stock-in-trade; and a script full of zip and zing.

'The Bachelorette': Mike Johnson Weighs in on What's Going on With Tayshia's Season–'This Is a Bit Much'

Why is Claude Littner leaving The Apprentice? – The Sun