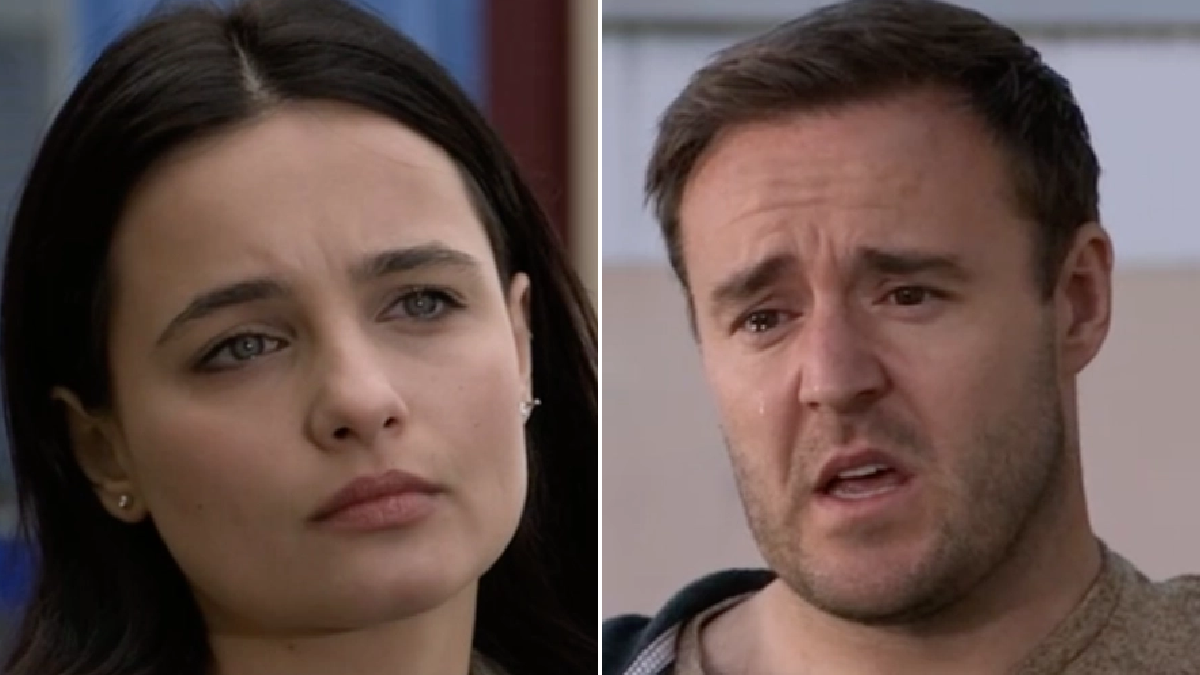 Alina Pop (Ruxandra Porojnicu) is pregnant in Coronation Street, but she doesn’t plan on sticking around long enough for Tyrone Dobbs (Alan Halsall) to be a part of the child’s life.

The former nail technician received a number of shocks during Wednesday’s (September 15) double-bill of the ITV soap.

The first was that Hope Stape (Isabella Flanagan) has something of a penchant for starting fires.

The young girl apologised to Alina for endangering her life by starting a fire in her flat last month, before inadvertently revealing that this isn’t the first time she’d done so.

Alina was heartbroken, primarily because Tyrone had failed to tell her about it.

Tyrone, meanwhile, has been struggling with his feelings for Fiz (Jennie McAlpine), and after Alina confronted him about the fire discovery, he decided to come clean about his kiss with his ex.

Alina was reeling in the wake of his admission, and she broke down, as she came to realise that her beau was still in love with Fiz.

She asked Ty outright if he wanted to reunite with Fiz. ‘You’ve got two options,’ she said. ‘Yes or no.’

Tyrone struggled to answer, and his indecisiveness was all the answer Alina needed, as she accepted that their relationship was over.

She relayed the sad news to Emma Brooker (Alexandra Mardell), but that wasn’t the only announcement she had to make.

Tyrone had no clue about the fact that he was going to be a dad again, but Emma later filled him in, leaving him stunned. Desperate to stop Alina from departing the street, he pleaded with her to reconsider.

‘I just want to be involved in the kid’s life,’ he said, ‘we can come to some sort of arrangement.’

Alina, however, was in no mood to bargain with him. ‘Over my dead body,’ she exclaimed.

And with that, Alina got in the taxi and left the cobbles, leaving Tyrone devastated. The two characters, however, will come face-to-face again in Thursday’s (September 16) edition of the ITV soap.

But will Ty be able to make Alina change her mind?

Sean Spicer Eliminated From 'Dancing With the Stars'

AJ Pritchard fury at Strictly judges over Saffron Barker elimination: ‘It was underscored’