When last we left Darrowby, there was cause for celebration. With longtime crushes James (Nicholas Ralph) and Helen (Rachel Shenton) newly engaged and a deepening sense of trust between brothers Siegfried (Samuel West) and Tristan (Callum Woodhouse), it seemed like “All Creatures Great and Small” was settling into a new chapter of evolving happiness for all involved. But at the tail end of a heartwarming Christmas special, the final moments signaled something else that lay ahead: a warplane flying overhead as Mrs. Hall (Anna Madeley), the beating heart of Skeldale House, looks on with a knowing, concerned stare.

Season 3 of the series, premiering stateside on PBS this week after airing on Channel 5 in the UK, follows through on that farewell hint. These new episodes of “All Creatures Great and Small” venture out farther to the show’s opposite emotional poles than it has before, a small feat for a show whose main engine is a heavy dose of care and hospitality. Still firmly planted in Northern England and concerned with the day-to-day workings of James and Siegfried’s veterinary practice, there’s a longer look at the outside world than the show has had to this point.

Mortality has always bubbled under the surface on “All Creatures Great and Small.” For every breached cow or sickly dog saved, the first two seasons of the show did a reasonable job of showing that success wasn’t always guaranteed. Season 3 introduces a few more nicks in the veterinary shield, showing that even averting disaster isn’t enough to ensure everyone’s happiness. Now that James isn’t quite the outsider he was at the start of the series, there’s a brewing rift where his professional integrity sometimes butts up against nearby farmers’ set-in ways and financial considerations.

These new episodes also underline the long-running idea that “All Creatures Great and Small” are filled with lovable, stubborn people. Honor, pride, and even love have locked many of these characters into a certain way of seeing the world. Over time, the show has had an overall reaction like Mrs. Hall’s: a small smile, a shake of the head, or a shrug. The changes have been gradual, with colder hearts warmed up over time. Though, the coming storm of what will soon become World War II threatens to take things back in the other direction. Season 3 isn’t so much about watching curmudgeons become more cuddly as it is showing the threat of those changes being undone by a world on the brink of chaos. 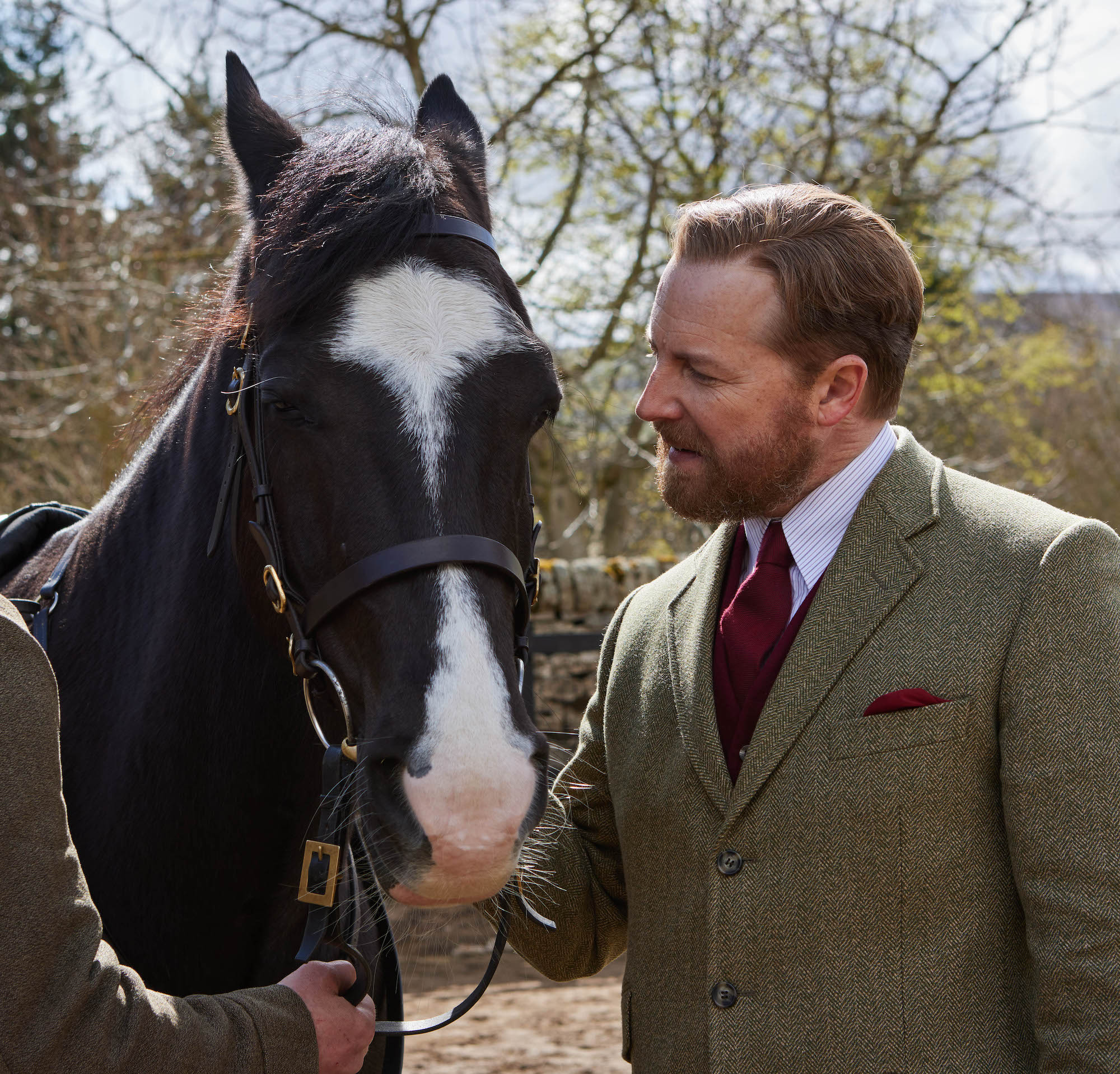 Samuel West in “All Creatures Great and Small”

And so there are tiny glimpses into memories, beyond the small portraits and old letters that have loomed over Siegfried and Mrs. Hall in particular. There are opportunities to leave the Dales, and the UK entirely, to see the past that’s about to repeat itself. It’s there as a reminder that the sunny, idyllic English countryside that exists in the show’s present might not be as untouched and picturesque for too much longer.

But this is very much still “All Creatures Great and Small,” after all. There are still house cat hijinks and puppy love picnics. There’s still the comfort of a playful dining room table with all the Skeldale House faithful gathered for a meal and some good fun. Series writer Ben Vanstone and season director Brian Percival still recognize the value of having this core just exist in the same place, like dropping in on friends and hearing them banter over dinner. If this show is a comfort blanket, Season 3 makes it a little heavier, but there’s still plenty of warmth to be had.

Much of that comes in the season’s opening episode, which tracks the excitement and antics around James and Helen’s wedding. (Vanstone, as usual, has a knack for arriving at the likeliest conclusion in the unlikeliest of ways.) Not that the show needed any particular influx of new life post-wedding, but having Helen be a more regular member of the Skeldale chatter does make for an interesting atmospheric shift. She brings a different kind of headstrong energy, one that Shenton delivers comfortably without upsetting the easy chemistry the main Skeldale four have built over the two prior seasons.

West long ago mastered Siegfried’s balance of sternness and kindness. Building on the baby-faced Casanova energy he entered the show with, Woodhouse has settled into Tristan’s bona fides and given him real reasons to stick around. And there are few performances on TV right now that can provide the instant reassurance that Madeley brings whenever Mrs. Hall enters a room. She remains the strong, emotional anchor of the show, never overextending the show’s sentimentality and always providing a steady hand for her housemates and the viewers watching their lives play out. 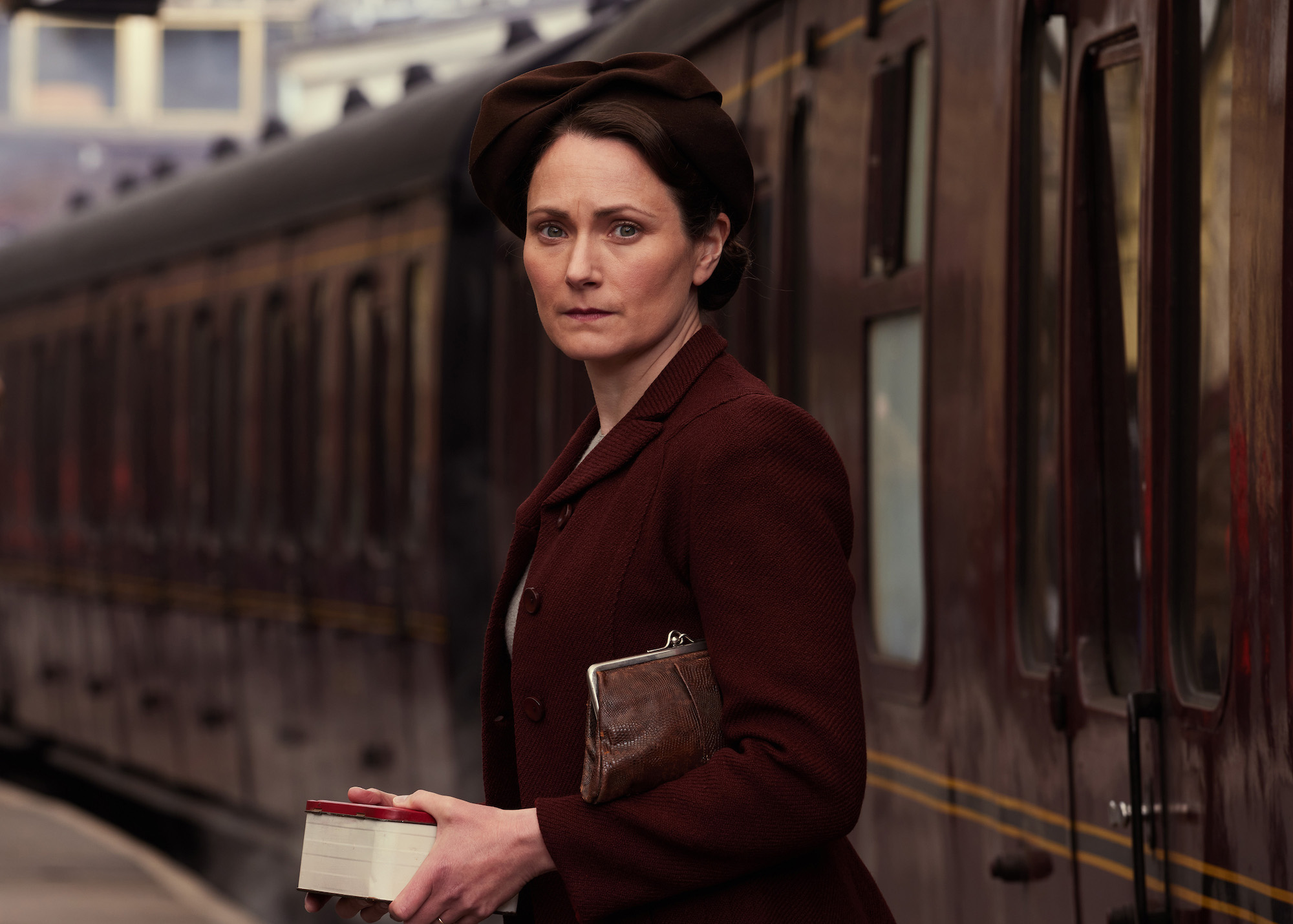 Anna Madeley in “All Creatures Great and Small”

Which makes the more melancholy turn in Season 3 more impressive, in a way. It would be so easy to lean on this new quintet and pretend as if the concerns of greater Europe would leave Darrowby to soldier on with the day-to-day needs of horse exams and spaying and babysitting parakeets. It’s not that the constant reminder of army recruiters and a generally more-industrialized society is transforming the show into something else entirely. It’s making sure that its characters’ own concerns about what may come next aren’t just tacked-on nods in a show set in the late 1930s. There are even multiple proxy discussions between characters about whether the proper course is to keep calm and carry on with life or take a more active role in the coming battle.

For now, as the possible antidote, James and Helen aren’t the only ones in a life filled with love. The “will they, won’t they” spirit that threatened to leave the show with James’ Season 2-ending proposal merely gets transferred to at least one of James’ Skeldale compatriots. If there’s an overriding sense of endurance in “All Creatures Great and Small,” it’s the ability to deliver on its tacit promise to be a soothing TV balm. These new episodes just come up with new ways make the highest highs feel that much sweeter in contrast.

“All Creatures Great and Small” airs Sunday nights on most PBS stations at 9 p.m. The series is also available to stream via the PBS app and the PBS Masterpiece Prime Video channel.