Marvel strictly guards any spoilers for their movies. They started withholding info from their actors as a precaution (Tom Holland infamously dropped spoilers from time to time). However, it seems one managed to leak for Ant-Man and the Wasp: Quantumania, revealing a bizarre logo from behind the scenes. 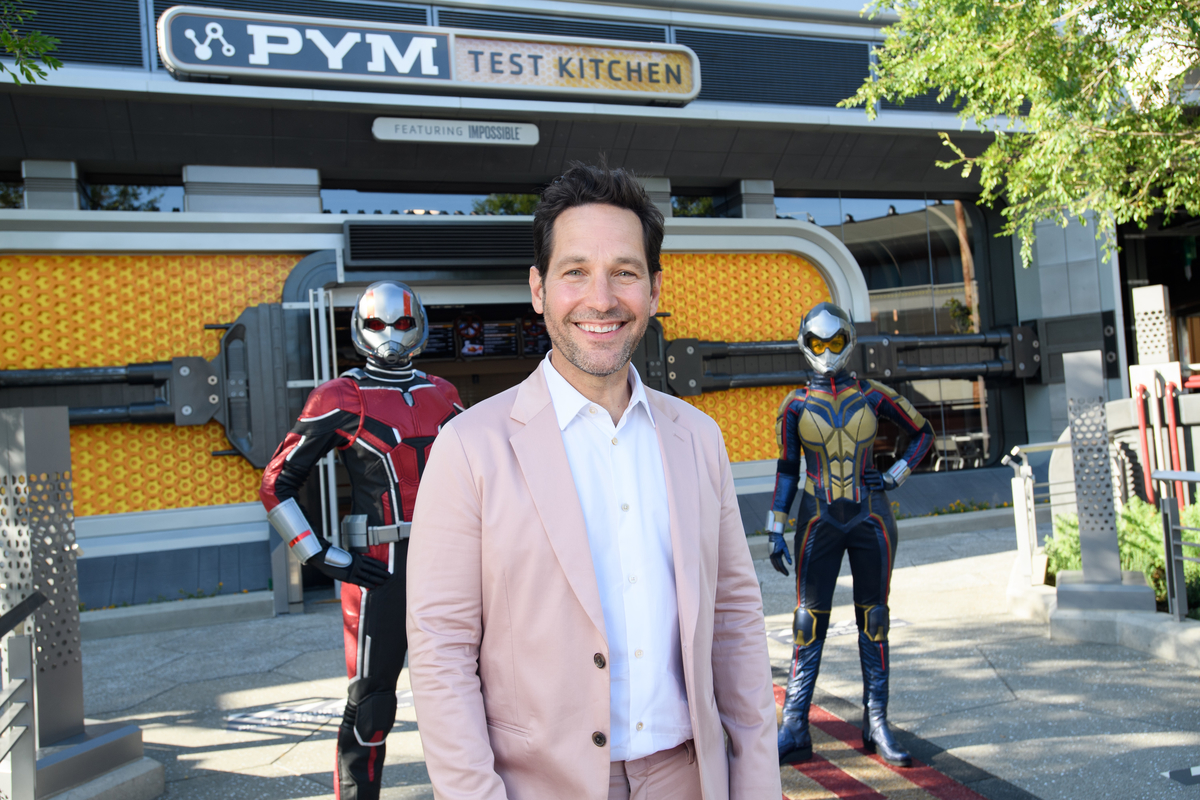 The ‘Ant-Man and the Wasp: Quantumania’ behind-the-scenes photo leak

The leaked photo allegedly came from a crew member on the set of Ant-Man and the Wasp: Quantumania. It provides a look at the title and logo on the back of a chair.

The regular title appears, with “Marvel Studios,” followed by “Ant-Man and the Wasp.” However, just below that sits something nearly unreadable.

“This new logo follows that same layout, though “Quantumania” is now written in a bizarre script, possibly otherworldly in origin. In fact, the text would probably be indecipherable if we didn’t already know the title of the movie,” CBR reported.

The title looked so strange and difficult to read that several fans commented that they were “so excited to see Ant-Man and the Wasp’ Ooobuboboo’” or other odd readings.

The alleged leak came from an account that has disappeared

When a leak occurs, doubt comes into play. People fake Marvel leaks frequently, so much so that many fans doubted the Spider-Man: No Way Home leaks.

The Ant-Man and the Wasp: Quantumania leak allegedly came from a crew member behind the scenes. However, the account was deleted.

“The account that originally shared the photo has since been deleted,” CBR reported.

While making the image more difficult to track down, it already hit the internet. There was no stopping the spread of the image,

With a swift takedown of the account that leaked the photo, fans become more likely to accept it as a legitimate leak.

However, the more pressing question remains about what the bizarre logo could mean for Paul Rudd’s Ant-Man and Evangeline Lilly’s Wasp.

‘Ant-Man and the Wasp: Quantumania’ behind-the-scenes photo leak could hint at the film’s villain

Kang the Conquerer seems to be the next big bad for the Marvel Cinematic Universe. Unlike Thanos, however, the villain refuses to wait ten years to strike. He plans to become the main antagonist of Ant-Man 3.

“The strange text in the new Quantumania logo is of note, as the Ant-Man threequel is set to feature the cosmic, multiverse-spanning Marvel supervillain Kang the Conqueror,” CBR noted.

The new logo could hint at Scott Lang and Hope van Dyne’s next outing turning even stranger. The Marvel Universe has only scratched the surface of the Quantum Realm, after all. Ant-Man and the Wasp: Quantumania behind-the-scenes photo leak could reveal.

Marvel originally scheduled the movie to release on Feb. 17, 2023. However, it received a five-month delay to July 28.