Antiques Roadshow travelled to Bodnat Garden in north Wales to see what the locals had on hand to delight the team of experts. Collector and expert Steven Moore was joined by a woman who had brought along one of her mother’s prized possessions which had been bought in Barbados. However, when they get realised how much the pieces of shell art would cost at auction, she told the BBC show expert in no uncertain terms that she wasn’t going to sell them.

Steven started the valuation by saying: “On such a glorious, Welsh day in the pouring rain, I want to take you to the West Indies.”

Giving some context to the piece, he explained: “And I want you to imagine a sailor who’s been parted from his love for months and months and he comes upon a white coral beach with palm trees and maybe music playing in the background.”

“And he sees all these shells on the beach and he thinks, ‘I can make this into a picture.’

“‘And on the lonely nights going home, every shell I glue in will be a little message of love’, isn’t that lovely?”

“It’s a lovely story,” the guest agreed, with Steven stating: “Well, I’m afraid it is just a story. 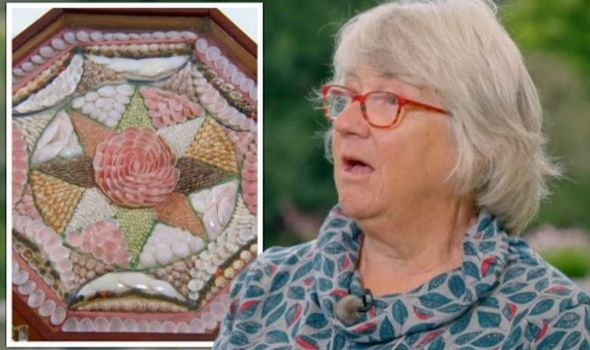 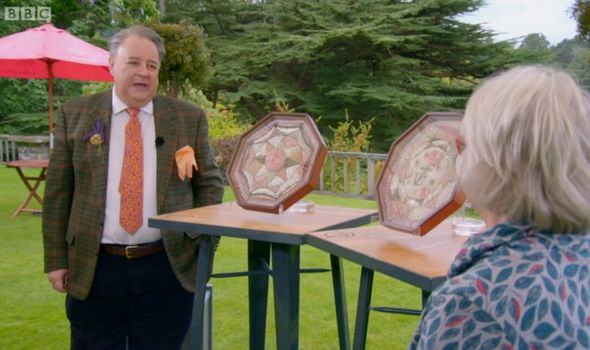 “These are called…Do you know what they’re called?” he asked with the guest telling him the pieces of shell art were called Sailor’s valentines.

Steven replied: “That’s exactly what they’re called. But it’s a load of hokum because they actually went to a shop in Barbados and bought them.

“There was a chap called Benjamin Belgrave and he came to Barbados in 1830 and he saw these amazing shells and thought, ‘Oh, there’s an opportunity here.’

“So he employed the local women, particularly, to make these things and he had a shop called the Curiosity Shop.” 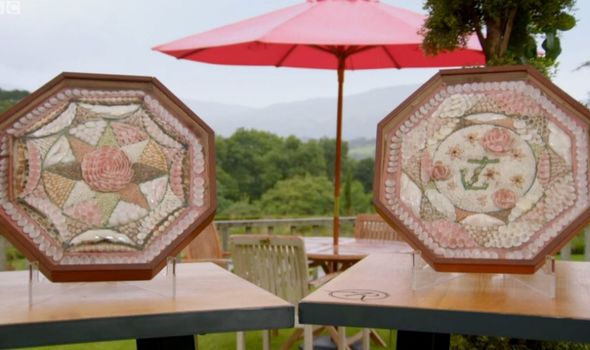 That really knocks me back,

The expert continued: “So these were made by the local population in Barbados and then they were sold to sailors.

“But, of course, they weren’t sold to the jolly Jack Tars, these were made for the officers.

“What we have to bear in mind is in 19th century Britain, these would have been incredibly exotic because there’s not many of these down the beach at Llandudno, is there?

“This is the days before international travel. So to bring this back, he’s bringing back a glimpse of his journey.

“I adore them. I love shell work and do you like them?” the collector asked the guest show said she agreed with him. 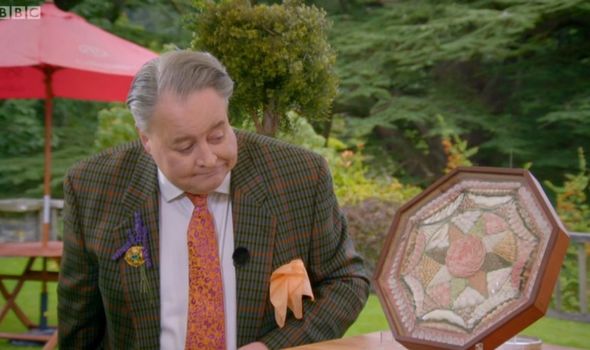 “So where did you find them?” he asked, with the guest explaining: “My mother, really, spotted them in a junk shop in Jersey in the sixties.

“And we just loved them and had to buy them,” she said before telling the expert they were bought for £10.

“Well, £10 in the sixties was a lot of money. That was just the time when they were starting to get recognised,” Steven remarked.

“And I think these are pieces of folk art, even though they weren’t made by the sailors. So size matters.

“They sort of start off at the size of a [small plate]. 12 inches is the normal, big size but yours are 14 inches. So they are like extra big.”

Giving the true value of the pieces of shell art, Steven added: “I think they’re beautiful and that original investment of your mother’s at £10 has paid dividends. Today, £3,000 to £5,000.”

Completely shocked, the guest replied: “That really knocks me back,” to which the expert told her: “It was £10 well spent.”

Steven went on to ask if the guest would sell the precious pieces of treasure to which she explained she would reject them being sold at auction.

“No, because they’re a memory of my mother and trawling through junk shops which we loved doing,” the guest said.

“I’m absolutely blown away because I had no idea they were made for the tourist trade in Barbados and it’s lovely to have that bit of history. I shall write that up and stick that on the back of them.”

Antiques Roadshow airs Sunday at 8pm on BBC One.