Antiques Roadshow sees Fiona Bruce and her team of experts visit some of the most popular locations across the UK to meet guests hoping their treasured items may be worth a substantial amount of money. In one past episode set at Cromer Pier, a guest was left wowed by Alastair Chandler when he revealed the pre-sale value of her rare carriage clock.

The Roadshow recently returned to screens after a short break amid the coronavirus pandemic.

However, there are still many past episodes on BBC iPlayer for fans of the long-running programme to view.

One episode broadcast from Cromer Pier saw a guest lost for words when the expert gave her a bit of a shock.

The guest had brought along a rare Victorian carriage clock, which expert Alastair soon gave some insight into. 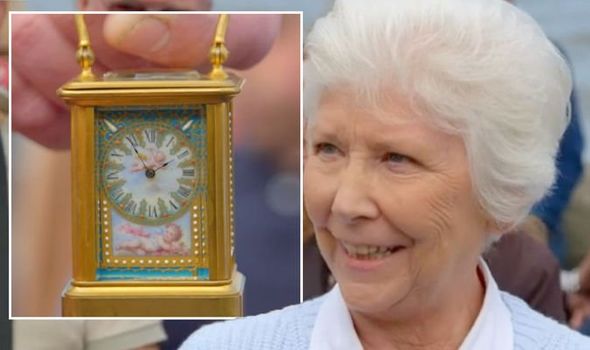 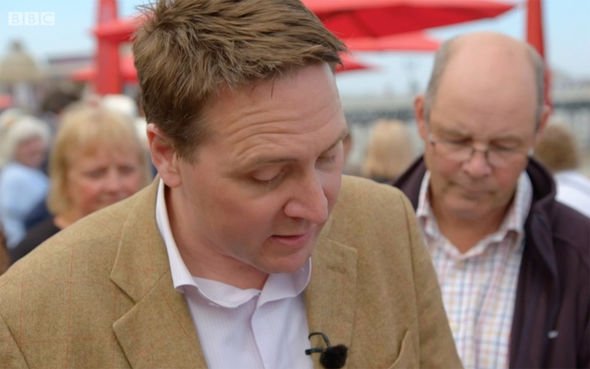 He told the guest of how her tiny ornament was made to be “portable” and placed it next to his hand for scale.

“This one is so small, it’s pretty much pocket-sized isn’t it!” he said, going on to probe the guest for some information.

She explained how it was passed down to her, saying: “I don’t really know much about it.

“There was an elderly lady who my mother worked for who gave it as a gift and she then gave it to me about 40, 45 years ago. 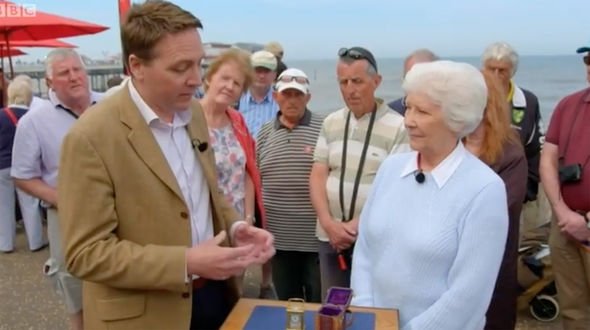 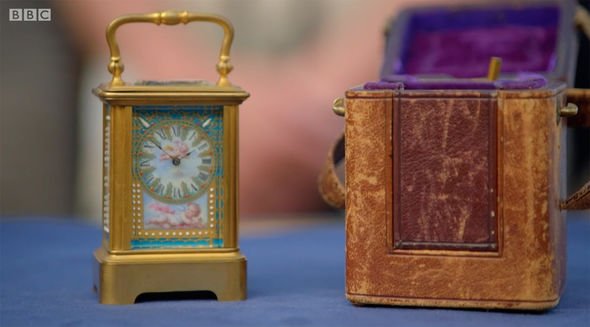 “I’ve had it ever since,” she told Alastair, who soon asked her if she used the item she had kindly brought to show off.

She admitted she wound it up “every now and again” with Alastair going on to divulge more about the intricate details of the clock.

He said: “On the front, they’ve got two cherubs, a split-pearl decoration around the edge.

“The clock itself is French, from the late 18th century – probably around the 1880s, 1890s – you’re dealing with that sort of period,” revealed the expert.

He was delighted by the fact the guest had managed to retain the original travel case, calling it an “added bonus”.

Alastair went on, adding: “The original winding key is fabulous.

“That would have been gilded as well, you can see it’s similar to the clock case,” he noted.

It was soon time for the expert to give his all-important valuation, much to the surprise of the guest.

Alastair confessed: “If this was to come up in auction, given the condition and the miniature carriage clock with the porcelain panels

The guest was left visibly stunned by the revelation from Alastair, clearly pleased by what she had just heard.

“Oh, right, okay! I didn’t expect it to be that much,” she exclaimed.

Antiques Roadshow continues on Sunday at 7pm on BBC One.

The 100 Best Horror Movies of the Past Decade [Part Three]