Shocking family tragedies? Rituals, cults and conflagrations? Characters losing their heads (in more ways than one)? You might be watching an Ari Aster film.

The writer and director has made only two features, but he is creating a name for himself as a new genre auteur — first with the harsh, 2018 domestic horror film “Hereditary,” and now with the sun-drenched, maypole-circling folk horror entry “Midsommar.” Both are emotional powder kegs, containing bleak moments that are difficult to erase from memory.

Aster’s new movie stars Florence Pugh as Dani, a young woman who has suffered a family tragedy and seeks comfort from her already-checked-out boyfriend, Christian (Jack Reynor). They go on a trip with friends to a remote Swedish village called Harga to celebrate a purification ritual that happens only once every 90 years. A journey that begins as a time to heal progressively turns into a time in hell.

In contrast to the heartache his characters experience, the filmmaker was in good spirits during a recent interview at The New York Times. He spoke about what pulls him toward his films’ specific subject matter, the amount of research that went into “Midsommar” and how the film ultimately avoided an NC-17 rating. Below are edited excerpts from that conversation.

Your first two movies involve horrible things that happen to families. Why have you been drawn to that?

My family has definitely undergone a lot of hardship. And when I was writing this script and “Hereditary,” I was certainly working through feelings.

But that family was in no way a surrogate of my own. Ultimately, I find that I am often writing my way through some sort of personal crisis, which can be very therapeutic.

You have called “Midsommar” a breakup movie, although this one has a bit more brutality and sacrifice than, say, “The Way We Were.” 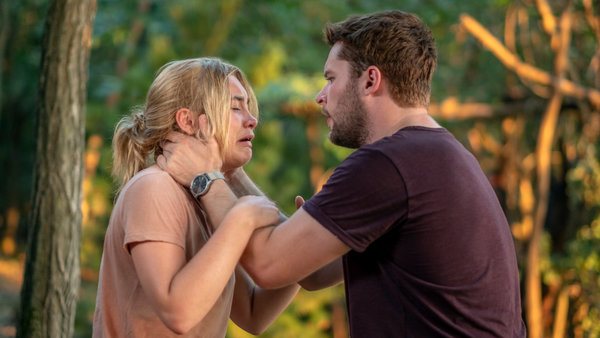 Ritualistic gatherings and cult behavior are also factors in both of your films. Where did that interest come from?

I’ve written a lot of screenplays, like 11 films. But I wrote these two scripts pretty close to each other, about five years ago. So I guess I was mining the same territory without realizing it.

Both films are about tribalism. And it’s hard to imagine making some meta statement about families without thinking about people as tribal animals. And a cult, whether or not that’s what we’re dealing with in “Midsommar,” is a pretty strong metaphor for that.

Have you been to the actual Midsummer celebration in Sweden?

I went out to celebrate Midsummer when I was writing the script. It’s a pretty harmless tradition. There is a maypole, which the Swedes like to joke about as a phallic symbol, because it is. It does have pagan ties.

You seem to lean into that part in your film.

I did a lot of research into Swedish tradition, Swedish folklore, Norse mythology. I learned the runic alphabet. Every rune has a different meaning. There are stable runes and unstable runes, negative runes and positive runes. And those are used accordingly in the film.

But my research wasn’t just native to Sweden. I looked at British and German Midsummer traditions. I turned to Frazer’s “The Golden Bough,” which is a treasure trove of insights into pre-Christian traditions. And I did research into other spiritual movements that I find very beautiful, as opposed to ones that I’m skeptical about.

Why so many influences?

I was pulling from all these because I didn’t want the people of Harga to be easily dismissed as lawless, mustache-twirling villains. I wanted them to be tethered to something real.

And ultimately these people are much more connected to each other and the world they live in than the visitors, who find themselves ensnared.

This is primarily being billed as a horror movie, even if you have other things on your mind. Did your producers give you expectations on the amount of horror there should be?

I was very lucky in that I was given a lot of freedom and was able to do it my way. I know the genre well, and I know what the expectations are. If you’re going to make a film like this, there is this unspoken contract between the audience and the filmmaker that you have to hit certain beats if the film is going to be satisfying at all. So for me, it wasn’t a matter of subverting the genre, but rather treating these things as a given, and then finding a way to get from A to B.

Did you want to go further with any scenes than you were ultimately allowed to?

The sex scene [that includes full-frontal nudity in a group setting] was actually longer. And we had an NC-17 for about a month and a half. There was a long back-and-forth with the M.P.A.A. where they told us to keep cutting. Then we would send them a new cut. They’d say, keep cutting, it’s still NC-17.

They didn’t tell you what they wanted cut?

They’re specific about what their problem is but not about how to fix it. It’s really just an argument. But we got the R rating recently and that was a relief. I had never directed a sex scene before, so this was quite the way to jump in the pool.

One scene has the lead character wailing and the women of Harga surrounding her, mimicking her actions and crying along with her. How did you land on that?

These people speak a language of empathy, which is something that is missing in Dani’s life. There are several scenes that could be read as just horrific. Or they could also be read as therapeutic for the character, where she is encouraged to face the unfaceable.

The characters sleep in a giant room with runic drawings everywhere. Where did that idea come from?

As I was gathering research with my production designer, Henrik Svensson, we went up to northern Sweden and to different farms that had houses that were centuries old. In a lot of these houses, every room is covered in paintings and murals. We based the aesthetic of the paintings on those.

But the drawings in the movie often connect to plot points.

I really just love layering my films with prophetic details that I hope encourage more active engagement on the part of the viewer. I like to put my exposition on the walls, as opposed to in characters’ mouths. 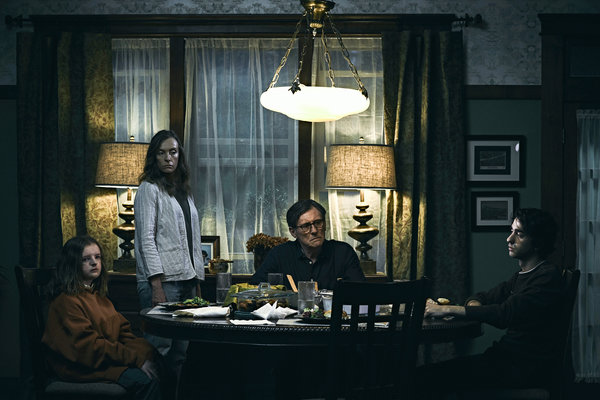 Mekado Murphy is a senior staff editor with a focus on movies coverage. He joined The Times in 2006. @mekadomurphy

The Bay showrunner opens up about new detective lead: It was a big change