“It’s after the end of the world, don’t you know that yet?” 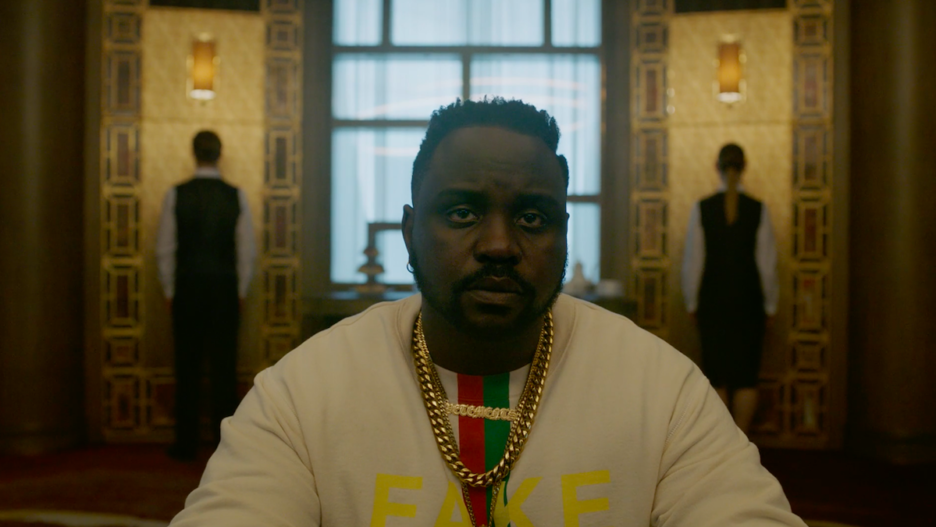 This is not a trick: Donald Glover gave “Atlanta” fans a real Halloween treat Sunday when he released the cryptic first teaser for the third season of his FX series. Yes, this marks the first actual footage from the long-awaited “Atlanta” Season 3, and it’s just as wonderfully surreal as you imagined it would be.

In the video, which you can view here, Paper Boi (Brian Tyree Henry) is shown in an opulent dining room, following some rather bizarre images of European settings, like an empty theater, a trashed apartment, and a restaurant with a peacock in it.

These brief scenes are accompanied by the haunting voice of a woman saying, “It’s after the end of the world, don’t you know that yet?” The one voice becomes many, as others join her in chanting the cryptic phrase until we finally see Paper Boi sitting alone at a giant, gorgeous table, while two servants stand behind him facing towards the wall.

Paper Boi, who is wearing a shirt that reads “FAKE,” looks pretty unhappy — and we’re betting that attitude has something to do with the depressing-looking rise to fame and fortune Glover is teasing for the character on “Atlanta” Season 3, which was filmed in Europe.

Glover dropped the “Atlanta” Season 3 teaser trailer at 8:05 p.m. ET on Sunday by tweeting a link to the website Gilga.com, which houses the video. Right, it’s pretty much the most Gloveresque way of doing anything, which makes it the perfect way to give us our first taste of “Atlanta” Season 3