Naga Munchetty and Charlie Stayt were back on Saturday to present the latest instalment of BBC Breakfast. The duo, who were dressed in black as a mark of respect, continued with their coverage of Queen Elizabeth II’s death. However, while some viewers were unhappy with the amount of coverage dedicated to the Queen, others stepped in to defend the show, calling out viewers for their “lack of respect”.

Taking to Twitter, Dr Elizabeth Peatfield fumed: “@BBCBreakfast can we please have some other news, I am sad the queen has passed but we really do need the news not just the death of the queen. The world carry’s on like when anyone dies. We need the NEWS. This is just lazy journalism.” (sic)

David asked: “Time to actually give us some real news, perhaps?”

Ronnie King asked: “Can we also have a balanced mix of news, please? We only have the mourning and the weather. There is so much else going on. Pakistan, Ukraine, energy crisis.”

“Will the BBC be covering any other news stories today or will it be just another day of interviews at the Palace gates?” Tony Collier quizzed. 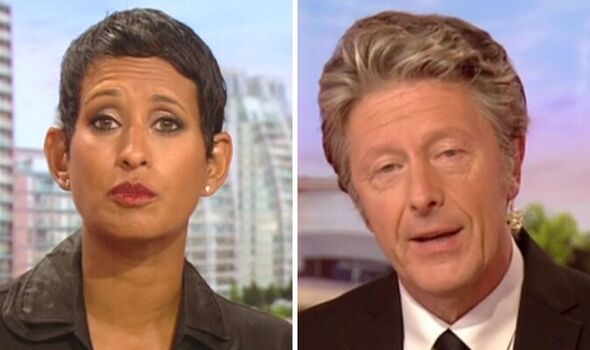 However, not all viewers were unhappy with the coverage of the Queen’s death, with many calling out the fans complaining about it.

While Tommy Coyne added: “Watching @BBCBreakfast and it’s quite poignant to see her children giving their tributes.

“Looking at their hairlines I can’t help thinking “Wow! Just how long ago did they have to record those interviews?!? Must’ve been difficult to do.” (sic)