Charlie Stayt wasted no time in asking Chancellor Rishi Sunak about the Spending Review on Thursday’s BBC Breakfast and demanded to know why taxes were not addressed. The host wanted to know why Sunak had not explained how the latest announcements would effect taxes in the long-term. However, he was slapped down when the Chancellor explained it wouldn’t have been appropriate to discuss taxes in a review, firmly telling Stayt the focus was on protecting jobs.

Stayt asked: “Chancellor, why don’t you treat people with a bit more respect and level with them about the long-term tax implications of all your spending?

“You made no mention of it yesterday, why don’t you just tell people taxes will go up?”

“Well, because it was a Spending Review yesterday not a budget,” Sunak replied. 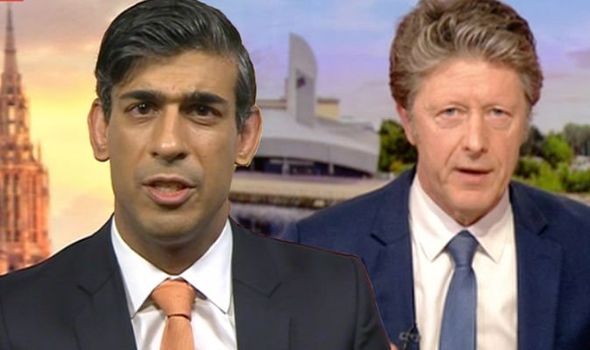 “And I’ll give you the same answer now, it wouldn’t be appropriate for the Chancellor, any Chancellors to speculate about future tax policy because that would have real world implications,” Sunak answered.

“As you would find from any chancellor, they would talk about fiscal policy at a budget and obviously we have budgets. We’ll have one in the Spring and normally have one in the autumn.

“But what I did say very clearly yesterday and have said consistently throughout this, the scale of the borrowing we are undertaking this year is obviously not sustainable.

“Record peace time highs in borrowing and debt, the forecast that were set out yesterday show us on a path that shows that to be very elevated levels. 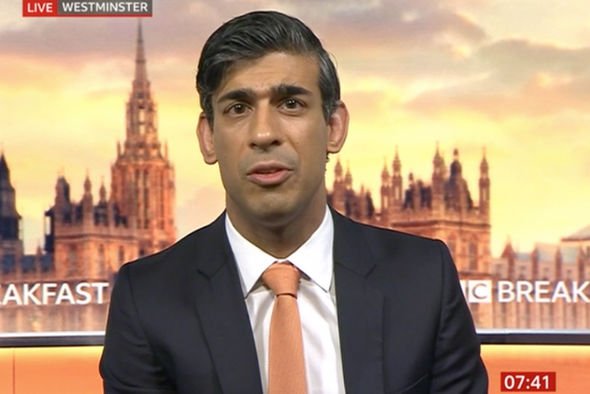 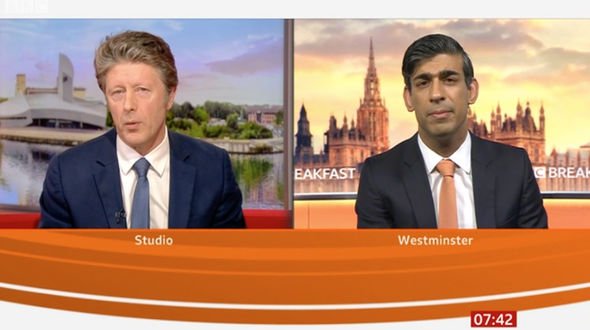 “That’s not a sustainable position, I have been very clear about that.

“I’ve been supported by most economic commentators who have said now is not the time to address that because we’re in the middle of a crisis and now we want to focus on protecting jobs, as we have just spoken about.

“The question was a straight-forward one in a way, I don’t understand why it is so hard for you to say t people that in future taxes will have to up to pay for what I’m doing now. Why is that so difficult?”

Sunak hit back: “Because it wouldn’t be appropriate.”

Those tuning into BBC Breakfast were left divided over the interview with many siding with Sunak.

“#BBCBreakfast very clear outline by the Chancellor this morning. Good challenge from Charlie Stayt, although pursuing the same question is annoying when a comprehensive answer has already been provide,” one viewer posted on Twitter.

Another added: “#BBCBreakfast Charlie – “why don’t you treat people with respect?” whilst barking questions at the Chancellor that you know he won’t and can’t answer regarding taxation.

“Don’t be so ‘try hard’. How can he comment on taxation without knowing the full implications of the pandemic?”

“Stayt desperately clinging to the one and only question that will give a negative answer…..tax rise.. journalism at its finest #BBCBreakfast,” someone else tweeted.

BBC Breakfast airs daily on BBC One at 6am.

The Crown season 3: Will Prince Charles, Diana and Camilla love triangle be explored?