After an explosive season and a confusing Cameo video that surfaced, Below Deck Mediterranean viewers wondered if Captain Sandy Yawn was romantically interested in bosun Malia White. 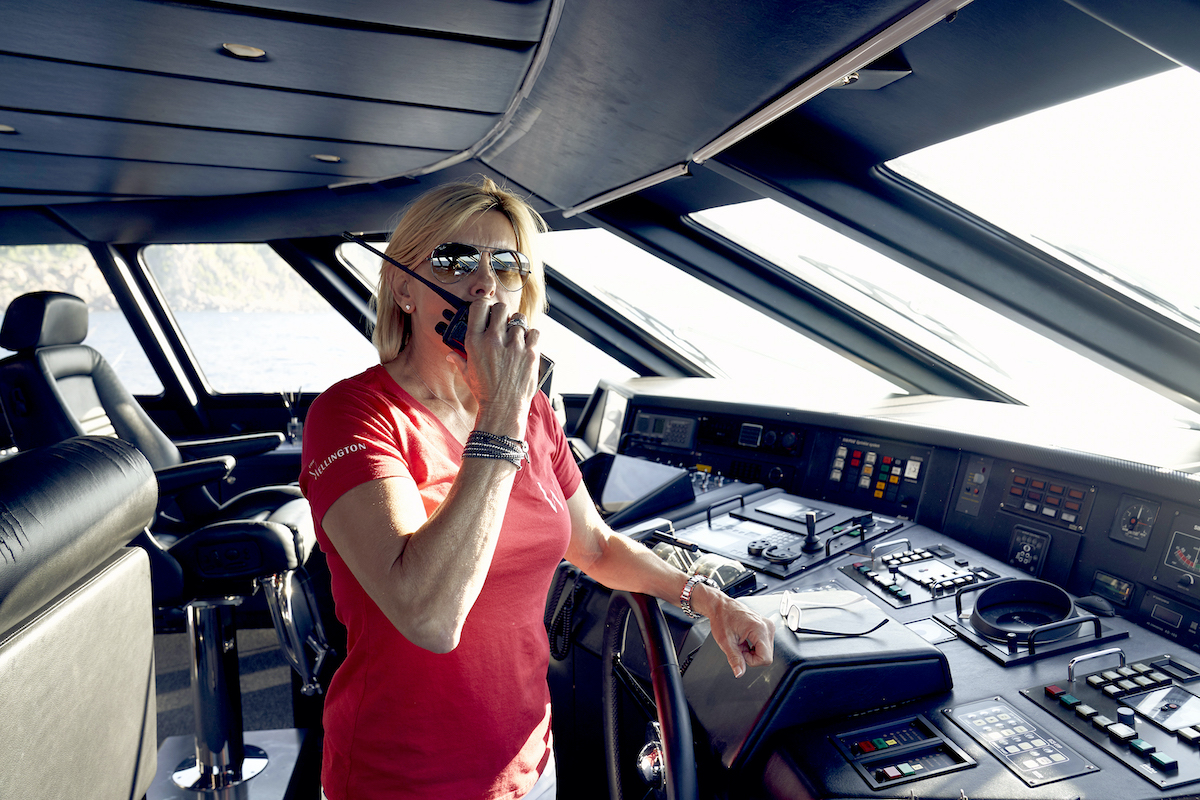 Rumors mounted online that perhaps Yawn wasn’t grooming White to become a captain, but that instead, she was romantically interested in her. A Cameo video was leaked by a fan where Yawn said White was “secretly gay” but then giggled. White later addressed the video, asserting she was not gay and was surprised with the video.

Recently Isabelle “Izzy” Wouters from Below Deck discussed the backlash and fallout from the video. Wouters, who recently shared she is gay, had her own take on the relationship, believing Yawn truly sees White as a protege or a daughter.

Wouters didn’t appreciate Yawn’s remarks in the video but does not believe Yawn has romantic designs on White either.

“I think [Yawn] seems to be very, very in love with her partner and they seem to be great for each other,” Wouters said on the Behind the Velvet Rope with David Yontef podcast. “I thought her coming out and saying that Malia was gay, probably wasn’t the best thing to do. Because, you know, even if she is, or she isn’t, that’s Malia’s business. That’s not like anyone else’s business to discuss unless Malia wants to come out with that personally.”

“But I think everyone’s got their own take on it,” she continued. “My take on it is that Sandy probably looks at Malia a bit like a daughter or like a protege or something like that. She wants her to do well. And you know, it is difficult for a lot of women to gain respect in the industry.”

“And [Yawn] probably wants [White] to gain respect and to have the career that she wants to have,” Wouters said. “But I think there’s just certain ways to go about things and they definitely both got lost last season.”

Captain Sandy and girlfriend Leah Shafer are happy in love

Wouter’s hunch is spot on as Yawn and girlfriend Leah Shafer recently celebrated two years together. In 2019, the couple broke the news that they were dating exclusively to Showbiz Cheat Sheet. Yawn packed up her life and moved to Colorado to be with Shafer.

Since then, the couple has been inseparable, except when Yawn films the show. “When I met Sandy she showed me a different kind of love,” Shafer told Showbiz Cheat Sheet. “One love wasn’t better than the other. Meeting Sandy is a love that connected to me in a way that was organic and a fit for where I was in my life currently.”

“She is the one,” Shafer added. “I know Sandy and I want forever [with this relationship].” The couple recently purchased a home together and are happily nesting.

'The Ellen DeGeneres Show': Shia LaBeouf Said His Private Wedding to Mia Goth Was Streamed Live Without His Knowledge