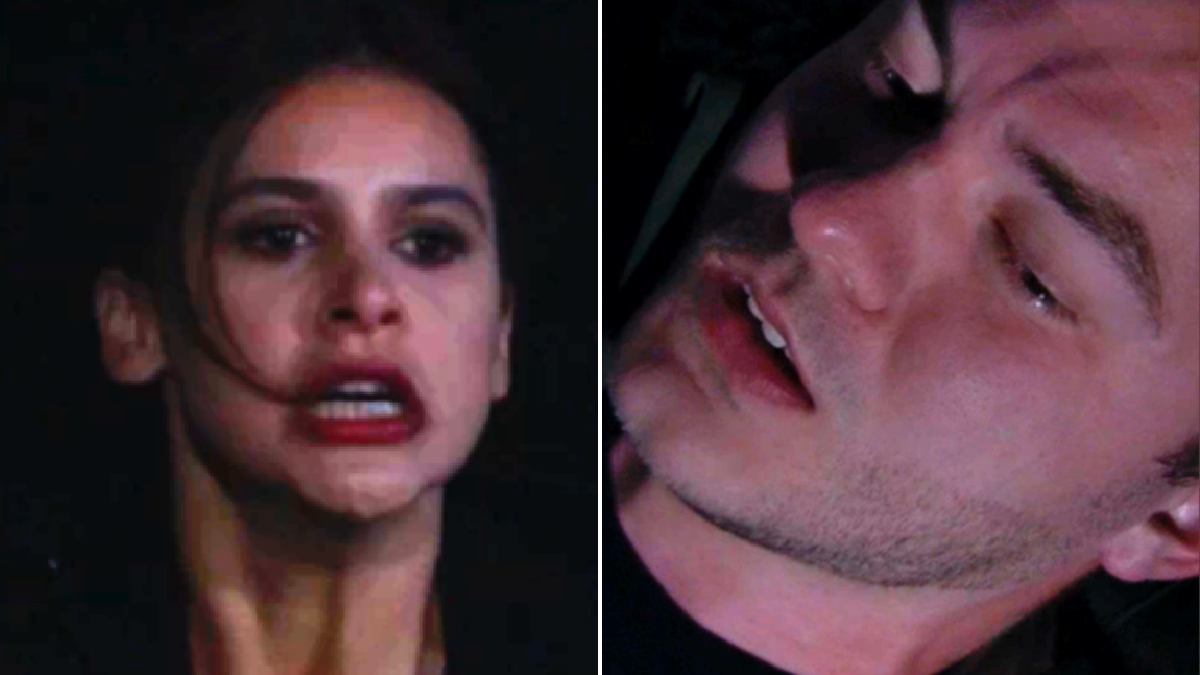 Meena Jutla (Paige Sandhu) has seemingly claimed another life in Emmerdale, and this time the unfortunate victim is none other than unsuspecting Ben Tucker (Simon Lennon).

The crazed killer was forced to take action when her murderous secrets were put at risk, courtesy of curious Ben, who was desperate to find something he could use to clear his name in the wake of the survival event bridge collapse.

With Aaron Dingle (Danny Miller) keeping Jai Sharma (Chris Bisson) busy in the Woolpack, Ben made his way up to the HOP, where he snatched Laurel Thomas’ (Charlotte Bellamy) keys and gained entry to his former place of work.

He wasted little time in deleting the CCTV footage of him illegally entering the premises, before commencing a search of Jai’s office.

His search, however, did not go as he’d hoped. That is, until he found the helmet camera from the survival event, which – as viewers know – contains footage of Meena attempting to drown Victoria Barton (Isabel Hodgins).

Ben skipped through the recording, hoping to find something of use, and he got what he was looking for in the form of videographic evidence off someone attempting to drown someone else!

With the screen too small to make out all the details, he attached the camera to a nearby laptop, hoping to see the footage on a larger screen. He then called Billy Fletcher (Jay Kontzle), and pleaded with him to come to the HOP at once, citing the questionable footage as the reason why.

Billy refused. Meena, however, was on a date with Billy, and she was quite clearly spooked by Ben’s discovery.

Ben, meanwhile, became distracted by the presence of Liv Flaherty (Isobel Steele), who smashed a bottle of alcohol in her quest to get drunk.

Liv lashed out at Ben, claiming he made Aaron choose between himself or her, but Ben retaliated, telling her Aaron cannot be around her when she’s drunk.

An altercation ensued, and Liv fell to the floor, before leaving the premises. Meena then showed up, pretending to be there on Billy’s behalf.

Ben showed her the footage, and soon enough Meena took great pleasure in revealing that it shows her trying to drown Victoria!

Horrified, Ben snatched the camera back and made a run for it, but Meena gave chase. However, she slipped on the spilled alcohol, and fell unconscious.

Ben headed out to the car, where he left the camera, but – being the good-hearted guy that he is – he returned to the HOP to check on Meena, only to discover she had disappeared.

Confused, he set out to find her, and his search took him back to the car, where he realised the camera had vanished. Meena then attacked him with an oar, leaving him motionless on the floor.

In twisted scenes, she re-watched her attempt to murder Victoria while sitting beside ailing Ben, who desperately called out for help to no avail.

Meena snatched the bracelet Aaron had bought for him, but as Ben continued to cry out, she made the decision to silence him forever, picking up the oar and beating him to death.

'The Bachelor': Abigail Heringer Revealed Why She Told Matt James Early on About Her Hearing Impairment

Sylvester Stallone Teams Up With Michael Bay for ‘Little America’

James Gandolfinis Net Worth: How Much Was The Actor Worth When He Died?