The Big Bang Theory: Sheldon takes food out of a bin

For 12 seasons, Sheldon Cooper (played by Jim Parsons) and roommate Leonard Hofstadter (Johnny Galecki) had CBS and Channel 4 viewers in stitches with their quirky quips and hilarious back and forths. However, there’s one feature of Parsons’ character which has now come under scrutiny among the Big Bang Theory fandom – his incessant germaphobia. And there’s a key scene from way back in season one that supports the supposed plot hole.

It was no secret throughout the entirety of Big Bang Theory that Sheldon was rather particular about a number of things.

Whether it be his spot on the couch, his barber, or where he and his pals ordered Chinese food from, there was always something for Sheldon to pick apart.

This included his laser focus on hygiene and germs, often refusing to go on public transport, share food and more often than not turning down physical contact with others.

But in season one, episode 10, this all went out the window when he and Leonard returned home with a bag full of take-out food. 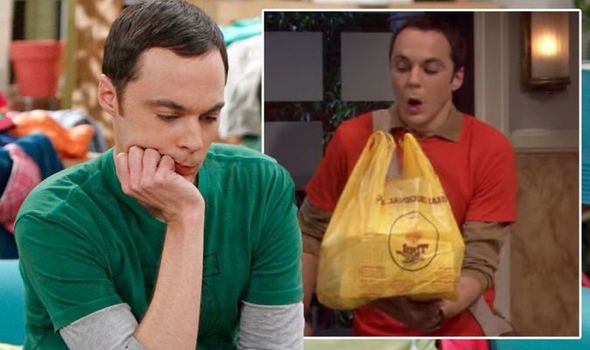 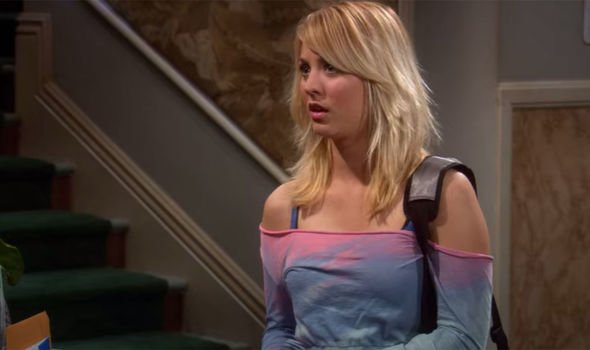 Titled The Loobenfeld Decay, the episode opens with Sheldon and Leonard entering their apartment block halfway through an argument about the Terminator films.

They’re abruptly stopped in their tracks, however, by Penny (Kaley Cuoco) practising her singing skills – albeit not too successfully.

Desperate not to cross paths with Penny and discuss her terrible vocals, they try to hastily walk back out the building but are caught by their joyful neighbour.

Trying to make excuses to escape the conversation, Leonard tells Penny the two of them “need to post some letters, and throw away some chicken.” 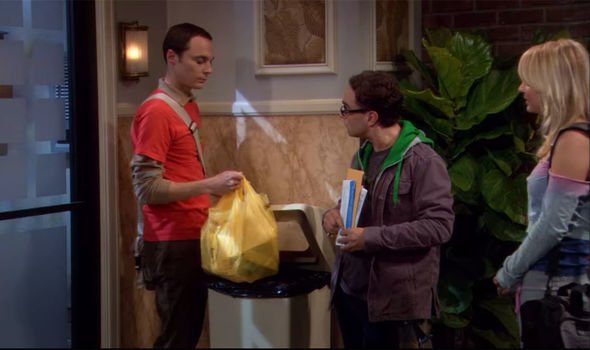 Perplexed by his pal’s words, Sheldon goes along with the act and puts their bag of takeaway food in a nearby bin.

Their efforts are to no avail as Penny still manages to engage the two in conversation about a new role she’d landed which involves her singing.

Penny ends up inviting the two along to watch but Leonard speedily makes an excuse and lies that he and Sheldon are busy at the time of her play.

After commenting Leonard’s lying skills are symbolic of a “sociopath”, the two head up to their apartment – but not before Sheldon retrieves the takeaway he had previously binned.

A quick blow on the bag and Sheldon makes his way upstairs to eat their food.

However, one eagle-eyed fan has taken to Reddit to point out this is completely contradictory to Sheldon’s germaphobia which he often refers to.

Writing on the forum, Big Bang fan Form_Exeroid2008 points out: “As we know in the later seasons we find out Sheldon’s has been a germaphobe his whole life.

“Yet in season one, episode 10 Leonard throws their food bag out in a public bin.

“Sheldon picks aforementioned bag from the bin, blows air on it and takes it up to eat. Remembering the countless germs. This seems like a loophole.”

It didn’t take long for other Big Bang fans to agree with the inconsistency, with some pointing out other times Sheldon appeared to forget his adversity to germs.

One fan referred to Sheldon’s trip to a local ball pit while another brought up the fact he shook hands with Penny’s friend Christy Vanderbel (Brooke D’Orsay).

The Big Bang Theory seasons 1-12 are available to stream on Netflix UK now.

The Good Place season 4: How many episodes are in the final series?