All 12 seasons of The Big Bang Theory are available to stream and download on Netflix now. In season five, Sheldon Cooper (played by Jim Parsons) faced one of his biggest fears – birds.

What kind of bird was on The Big Bang Theory?

The episode first aired back in 2011, but that has not stopped fans from visiting the episode.

In The Ornithophobia Diffusion, Bernadette attempts to help Sheldon overcome his fear of birds.

At the beginning of the episode, Penny (Kaley Cuoco) and Leonard (Johnny Galecki) come across a traumatised Sheldon who has discovered a bird in his apartment, which he believes to be a Blue Jay. 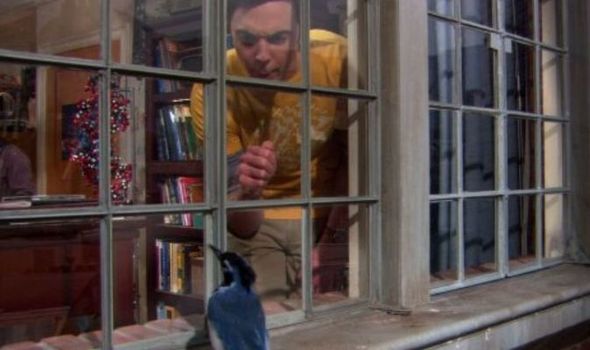 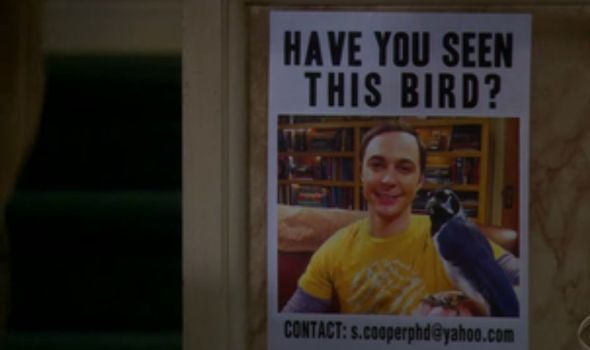 However, the type of bird that appeared in the episode was not a blue jay, it was a black-throated Magpie-Jay.

The black-throated magpie jay is a long-tailed magpie-jay, which can be found in northwestern Mexico.

A blue jay is a songbird, native to North America but can be found throughout eastern and central United States.

In November 2011 when the episode aired, bird enthusiast spotted the blunder and fans tweeted Bill Prady, the show’s producer about the misidentification.

Mr Prady responded to fans, admitting the bird was a Magpie Jay and not a blue-jay and explained the misidentification was due to Sheldon being unfamiliar with birds due to his phobia. 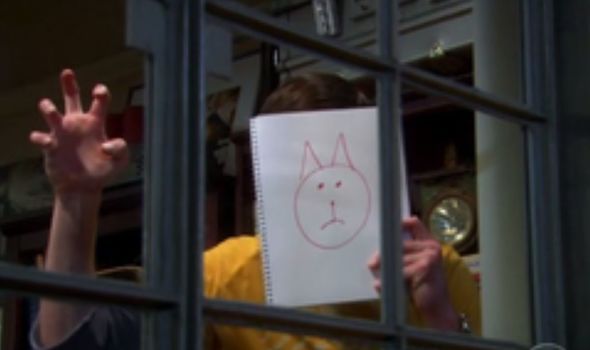 Sheldon revealed to Penny that he suffered from a phobia of birds, known as ornithophobia and claimed it should be recognised as a disability.

With no help from Leonard of Penny, Sheldon deiced to call Animal Control, who laugh at his expense.

He then attempted to shoo away the bird using a broom but instead, the bird blew into his apartment and landed on his spot on the couch, something he is very protective about.

As a result, Sheldon enlisted the help of Amy (Mayim Bialik) and Bernadette (Melissa Rauch) to help get rid of the bird, as they are both biologists, he believed they should know how to deal with living things.

When the bird perched on Bernadette’s arm, she attempted to convince Sheldon to come back into the apartment, with Amy telling him the only way to get over a fear is to interact with it.

A hesitant Sheldon approached the bird before backing away, causing Bernadette to scream: “Just pat the bird, you big baby!”, prompting Sheldon to stroke the bird.

Bernadette and Amy’s encouragement seemed to work and towards the end of the episode, Sheldon had overcome his fear of birds and was infatuated with the black-throated magpie jay.

He even asked Bernadette to take a picture of him with it so he could put the photograph on a mug, computer mousepad and calendar.

Sheldon became so obsessed with the bird, he named it Lovey-Dovey and even said I Love You.

Speaking to Vulture, Parsons explained why The Ornithophobia Diffusion was one of his favourite episodes. 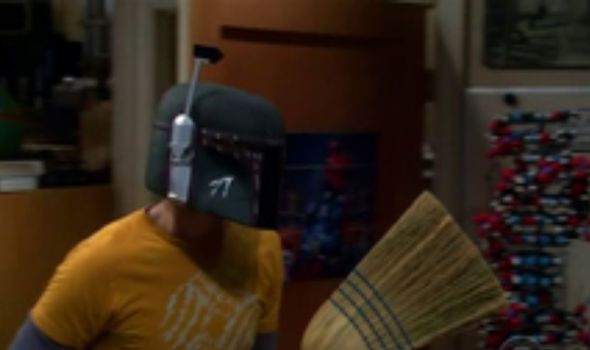 He added: “We did a lot of pre-taping. The bird coming in and landing in Sheldon’s spot — which I thought was a stroke of genius on the writers’ part — we had to shoot that in segments, obviously. It wasn’t gonna do that in front of an audience.”

Parsons also revealed that he got “scared” filming with the bird.

He said: “The only time I got scared was — and it fit the script in a way — when Sheldon is supposed to pet the bird. Because I thought, well, I would bite me.

“Birds don’t like to be petted … and we only had to do a couple takes or whatever, and he did not ever bite me. But that part kind of freaked me out.”

Sadly, Lovey-Dovey escaped from Sheldon’s hands when he opened his bedroom window.

However, there was a silver lining, as Lovey-Dovey had laid an egg in the nest that Sheldon had made for his new friend.

Realising the bird was female, Sheldon told Leonard that he was going to be a mom.

Elsewhere in the episode, Penny and Leonard try to go to the movies together, just as friends.

The Big Bang Theory is streaming on Netflix now