Later tonight, at 9pm on ITV4, Bruce Willis stars in Die Hard 2. The 1990 movie was the smash-hit blockbuster sequel to Die Hard, which became a worldwide phenomenon and launched Willis into a legendary career that still stands strong today.

But in recent months the actor decided to go back to where it all began in a step back into his past.

Willis, joined by his wife, took a pilgrimage to Los Angeles to return to where it all began.

In real life, the skyscraper was actually the Fox Plaza in Century City in Los Angeles, California.

And, although viewers will never forget the incredible building, Willis’ character, John McClane, vowed never to return to it. 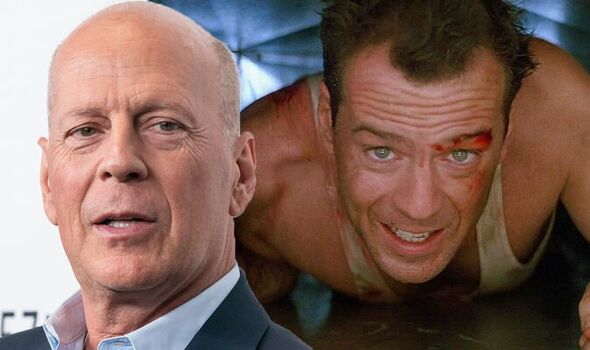 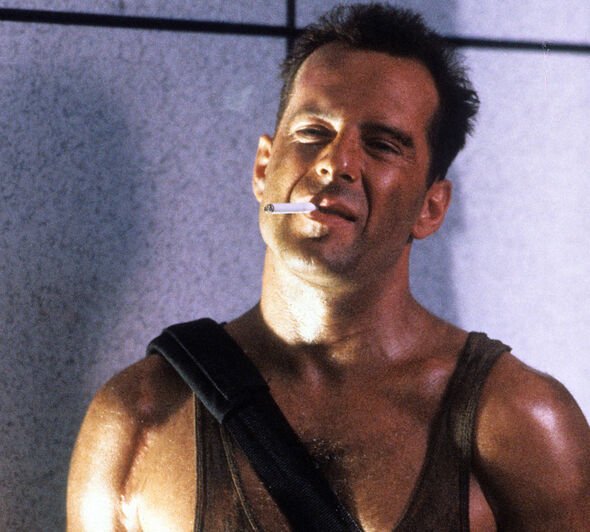 At the end of the movie, McClane said: “I’ll never even think about going up in a tall building again.”

But in recent months Willis made a return.

His wife, Emma Heming Willis, recently posted a video of Willis at the top of Nakatomi Plaza for the first time in almost 35 years.

SCROLL DOWN TO WATCH THE VIDEO 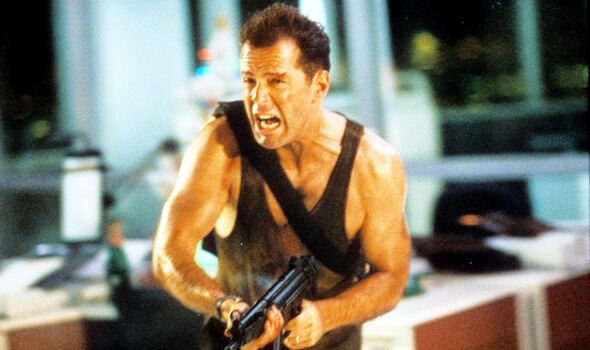 The visit was made to commemorate the anniversary of the film’s release, hence her Instagram video.

The movie was really shot on location at the Fox Plaza, so Willis no doubt spent weeks of his life atop the building.

Since Die Hard was released, Willis has starred in countless movies, four of which were Die Hard sequels (Die Hard 2, Die Hard with a Vengeance, Live Free or Die Hard and A Good Day to Die Hard).

Willis’ little trip down memory lane comes just a few months after he announced he was stepping away from Hollywood and acting.

In March Willis announced he had been diagnosed with aphasia, a condition that affects language cognition.

He revealed the news on his Instagram with a statement that read: “To Bruce’s amazing supporters, as a family we wanted to share that our beloved Bruce has been experiencing some health issues and has recently been diagnosed with aphasia, which is impacting his cognitive abilities.”

The statement, which was written by Willis’ wife, Emma, and ex-wife Demi Moore, added: “As a result of this and with much consideration Bruce is stepping away from the career that has meant so much to him.”

They went on: “This is a really challenging time for our family and we are so appreciative of your continued love, compassion and support. We are moving through this as a strong family unit, and wanted to bring his fans in because we know how much he means to you, as you do to him. As Bruce always says, “Live it up” and together we plan to do just that. Love, Emma, Demi, Rumer, Scout, Tallulah, Mabel, & Evelyn.” (sic)

Aphasia is described as a condition that creates “difficulty with language or speech” by the NHS.

It is usually caused by “damage to the left side of the brain” for example, after a stroke.

Over the last eight years, Willis has starred in 32 direct-to-video movies that have mostly been settled in the action genre. The most recent was in a film called Wrong Place.

Later this year he has three more straight-to-DVD films hitting shelves, including Die Like Lovers, Wire Room and Paradise City.

The Die Hard series is available to watch on Disney Plus.

Dancing With the Stars Recap: Which Couples Scored a Spot in the Finale?

Brad Pitt Lost Out on Role in Horror Movie Elvira: Mistress of the Dark Because He Was Too Cute