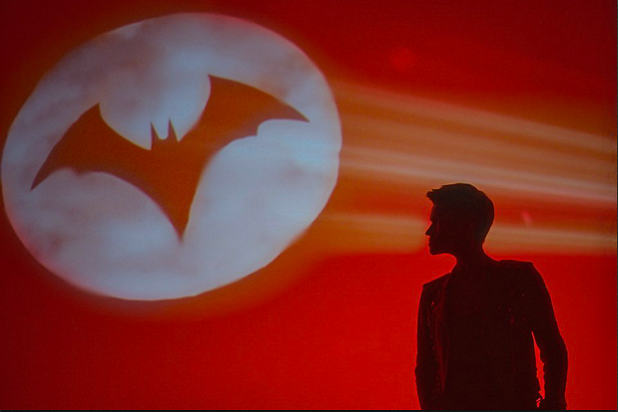 Burt Ward, best known for playing Robin on the 1960s “Batman” TV show, will appear on “Batwoman” as part of the Arrowverse “Crisis on Infinite Earths” crossover event, it was announced at San Diego Comic Con on Saturday.

“We’re currently working on the crossover,” executive producer Caroline Dries shared during the panel inside Ballroom 20. “We’ve got a ton, a ton, a ton of characters coming into the five-part event… Burt Ward will be making an appearance [in Crisis on Infinite Earths].”

The specifics of Ward’s role weren’t revealed, so it’s not clear if he’ll actually be playing an older version of the Boy Wonder. However, it wouldn’t be an outlandish suggestion. Brandon Routh, who currently stars on “Legends of Tomorrow” as The Atom, will also be reprising his version of Superman from “Superman Returns.”

Based on the characters from DC Comics, “Batwoman” is written by Caroline Dries, who executive produces alongside Greg Berlanti, Sarah Schechter, Geoff Johns, David Nutter, and director Marcos Siega.

The DC Comics brand has been very important for The CW, helping to lift it out of its post-WB Network phase. After “Gossip Girl” ended its run, the primarily-female skewing network was searching for an identity, including failed attempts at reviving “90210” and “Melrose Place,” and a “Sex in the City” prequel that missed the mark.

But “Arrow’s” launch in 2012 has provided a foundation for the network to rest on and now includes a roster of five different series: “The Flash,” “Legends of Tomorrow,” “Supergirl” and “Black Lightning.”

What's on TV tonight? Shows to watch on Saturday 15 July from The Voice Kids Semi-final to Pitch Battle

For Every Time Wendy Williams Has Been Controversial, This Moment Stands Above The Rest