Home » TV & Movies » Carol Burnett Was Gorgeous When She Was Younger

Carol Burnett has been one of the most respected comedic figures in the entertainment industry for longer than many of us can remember. Despite facing both hardships and tragedies throughout her life, the star, who is known for her work on “Mama’s Family,” “Mad About You,” and, of course, “The Carol Burnett Show,” has also tackled plenty of other roles, earned countless awards, and been making fans laugh for years — while also being an incredibly inspirational (and successful)!

Granted, Burnett’s life was a little more laidback during the coronavirus lockdown. She opened up to The Hollywood Reporter in 2020 about what her average day looked like at the time, saying, “I get up in the morning, make the bed, have breakfast, and feed the cat. I have a treadmill, so I walk about a half-hour to 45 minutes every day.” Adding that she occasionally saw her friends and neighbors from a distance, and was apparently looking forward to getting out and hugging those she cares about once again.

That kind of relatively quiet and isolated lifestyle is surely quite different from Burnett’s earlier days when she was a young star who was often seen onscreen. Granted, even though she was both talented and good-looking (and is!), it turns out that Burnett feels like she wasn’t exactly beautiful back then.

Carol Burnett didn't consider herself to be 'particularly attractive' 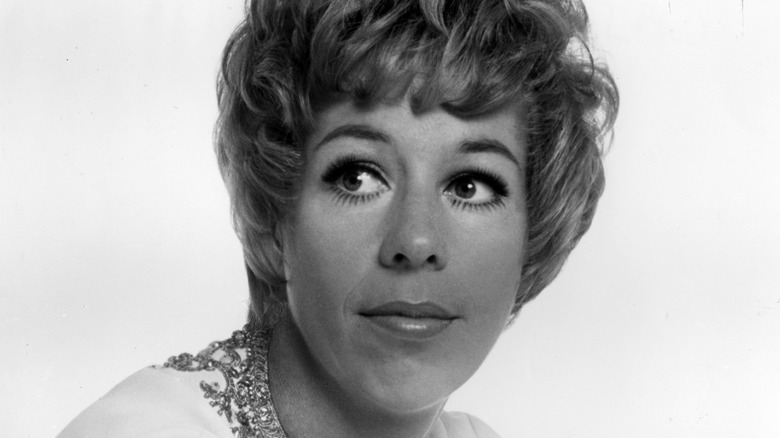 Carol Burnett is a legendary actor, an iconic comedian, and a stunning star. Her funny ways and charming looks, which have been adored by many, may be characteristics that she inherited, in part, from her mother. During a 2020 interview with NPR, the star noted that her mom “was very witty,” and also, at one time, “very beautiful.” However, Burnett didn’t think of herself in the same way.

Recalling when she was a young theater student at UCLA, Burnett was “terrified” about the fact that she had to take a required acting class, as she told NPR. However, when she got up to perform a comedic scene, her classmates laughed. She explained, “I thought, well, that’s really nice, you know (laughter). I like that. I just felt validated, you know. And it was a high…” That being said, Burnett was quick to add that back in high school and junior high school, she was considered “one of the nerds.” She added, “I was quiet. I was not particularly attractive. I had friends. I had a lot of buddies, but I was not what one would call very popular.”

That may have been how Burnett saw herself, however, there’s no doubt that she was truly attractive enough to break into the entertainment industry and gorgeous enough (not to mention funny enough) to earn countless loyal fans!

'The Snoopy Show' Trailer: Charlie Brown's Beagle Buddy is Back for New Adventures on Apple TV+

Inside the Big Brother: All-Stars house