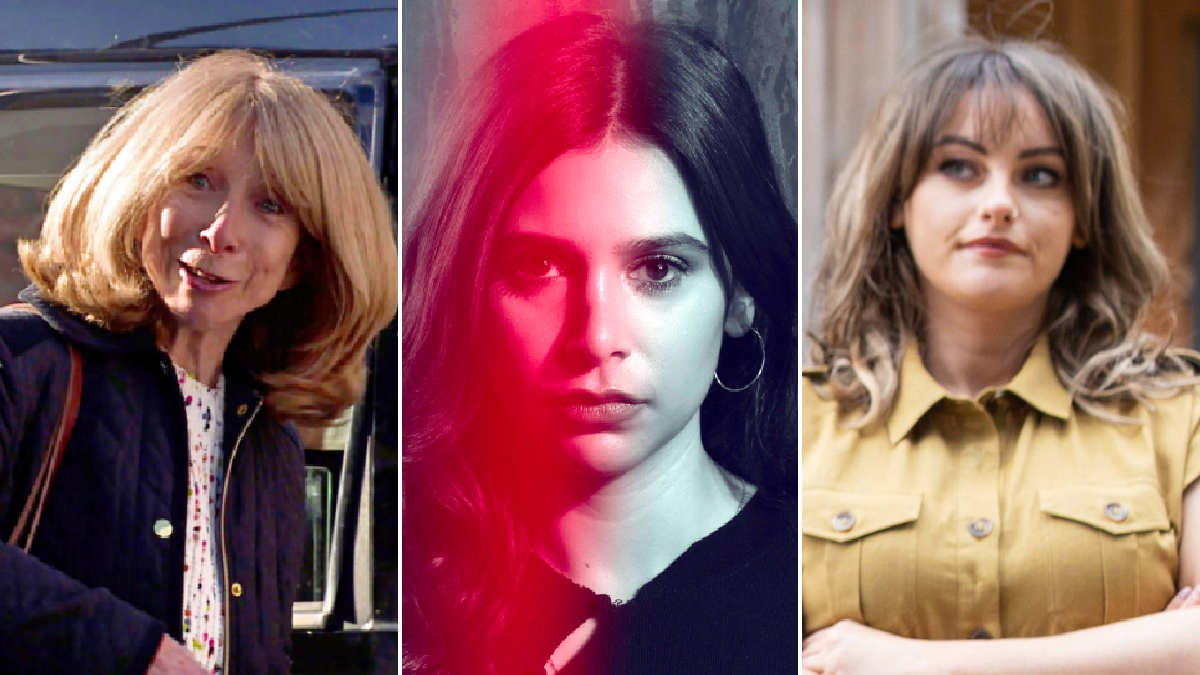 The land of soap is home to a number off huge departures this week, while one new arrival will leave viewers will plenty of questions.

But just who is it that will pay the ultimate price?

And Nancy Carter is left to die in EastEnders, after Zack Hudson and Frankie Lewis knock her down!

For the final week, Coronation Street and Emmerdale will be available to stream ahead of broadcast due to scheduling disruptions caused by Euro 2020, meaning that you can catch this week’s episodes right now ITV Hub!

And in spite of original reports suggesting that EastEnders would no longer be available as a boxset, this week’s offerings of the BBC One soap are available to stream right now on BBC iPlayer, and new episodes will continue to be made available on the streaming service each and every Monday, until the end of Tokyo 2020 Olympics.

Hollyoaks, meanwhile, will air as normal on Channel 4 and E4, respectively.

Whether you’re intent on streaming them all in one go, rationing them out or catching them on the telly, the soaps are on top form this week, and here’s all the must-see moments that you’ve got in store.

Summer confides in Billy about how much she misses having Paul around. This news, as you can imagine, doesn’t thrill Todd, and desperate to prove Summer can trust him, he proposes to Billy! Well that’s one way to do it, we guess! Paul, after getting wind of this, issues Billy with a warning, telling him if he accepts Todd’s offer of marriage, he’ll live to regret it! In spite of said warning, however, Billy announces that he and Todd are engaged.

With Frankie feeling down, Mick resolves to put a smile on her face, and therefore he asks Zack to take her on a driving lesson. Frankie, however, later arrives for the lesson looking like she’s about to go on a date. Zack wants to drive to the pub, and he soon gets rather tipsy. Frankie, meanwhile, isn’t used to driving in the dark, and she hits something! And by something, we mean Nancy! Zack calls the ambulance, before recounting his story to the police. He’s plagued with guilt, but reminds Frankie they could go to prison if the full truth comes out!

Sparks fly for David and Victoria in Emmerdale

David and Victoria arrange to look after their babies together, and sparks soon fly, with David leaning in for a kiss!

One to watch: Thursday July 8 at 7pm on ITV.

Diane is due at the hospital, but she has been skipping appointments. When Tony discovers this, he’s not pleased! Diane therefore heads to the hospital, and while there, she encounters Becky, who invites her for a walk. She confides in the newcomer about the fears she has surrounding the safety of her children. Becky, meanwhile, opens up too.

There is more to Becky than meets the eye, and viewers will see first hand just how potentially dangerous this newfound friendship could be for impressionable Diane. Tony, however, is full of praise for Becky, and he thanks her for spending time with Diane, admitting that she is fragile at the moment. But will Becky be taking advantage of that fragility?

Alya tells Ryan that Debbie is searching for a trainee manager at the bistro. Ryan agrees to apply for the job, but Daisy reckons she knows a way for him to make money from his DJ-ing, as she suggests a promo party in Victoria Garden for Simon’s 18th. Not content, she meddles some more, ensuring Alya wears the same dress as her to the event! Alya is certain that Daisy has the hots for her boyfriend, and it appears as if she’s right as Daisy later plies Ryan with cocktails, before placing her hand on his leg, asking if he’d prefer a naggy girlfriend, or a night of wild passion!

Kat announces the opening of Kat’s Cabs, but Phil’s mind is elsewhere, as he sees Raymond with Denise. Having noticed her beau’s upset, Kat makes it her mission to get Denise to reconsider her position on Phil being a part of Raymond’s life. Denise refuses, but she later asks the Mitchell hard-man if he wants to spend the day with his son. Phil is delighted, but he crosses a line when he tells the little lad that he’s his dad! Denise therefore tells him he can no longer see Raymond.

Scheming Meena is up to her old tricks yet again next week in an effort to get rid of Jacob, as she offers to pay for the young lad’s airfare on the condition that he agrees to go travelling with Leanna. Jacob, however, knows full well that he’s being played after what he went through with Maya, and as a result he takes great delight in bursting Meena’s bubble. But Meena later shows her true colours, which leaves him unnerved.

Manpreet, meanwhile, tells Liam that she’d like to give her old travelling rucksack to Leanna to take with her on her travels. But little does she know that Meena has some of her things hidden in it! When Meena finds out about her sister’s actions, she confronts Leanna in her own bedroom, leaving the young woman creeped out. But with Meena set to claim her first victim during the week in question, we can’t help but wonder who it is.

One to watch: Date TBC

Sally is attacked in Hollyoaks

Sally is attacked in prison, and subsequently taken to hospital. John Paul and Nana head to the hospital, but they’re upset when they find out they can’t see her. Sally later explains to Misbah that the attack was a hate crime, before revealing that the perpetrator is intent on finishing the job. Misbah attempts to buy Sally some time, but Sally is planning on escaping.

Natasha and Sam call at No.8 with a ‘get well soon’ card for Gail in the wake of her minor heart attack, but they soon discover that the soap stalwart is intent on leaving the cobbles! What? Say it ain’t so! This news leaves Sam, like the rest of us, devastated. And in emotional scenes, the family later gathers to wave Gail off on her new adventure. We’re not crying, we swear!

One to watch: Date TBC

Mick is prepping for the Euro party at the Vic. In the beer garden, Jay tells Billy that the Harry Redknapp is making an appearance, claiming that he’s a friend of Terry’s. They don’t believe a word of it, and Sonia even asks her dad after Harry in jest. The non-believers get quite the shock, however, when they spot a car. And who is in said car? Well, the one and only Harry Redknapp, obvs.

B Positive Season 1 release date and cast latest: When is it coming out?