Coronation Street fans have predicted a huge twist in the trafficking storyline, as they think Jan may not be the only culprit.

Coronation Street spoilers previously revealed there would be a dark trafficking ring operating on the cobbles, unbeknownst to the residents.

But Eileen recently noticed Paula was acting very strangely around her boyfriend Jan, and assumed she had a crush on him.

However, now she thinks that Paula is representing Jan in a drugs trial, but fans have predicted there is a darker twist afoot. 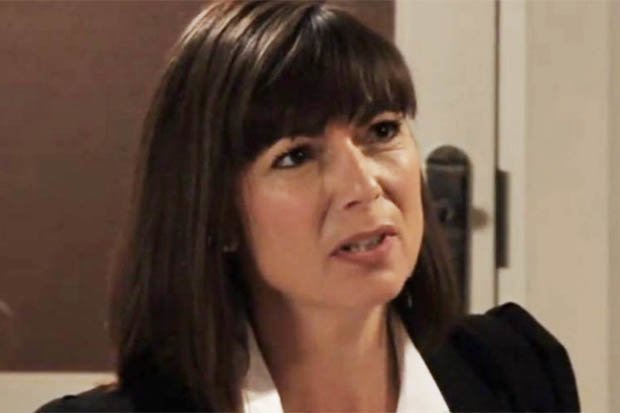 They think she could be the head of the trafficking ring, as one posted: “That look Paula gave Jan! Don’t think she is representing him for drugs. She is not happy.”

Another added: “So we’re all in agreement that Paula’s a bad ‘un, are we? Runs the trafficking / drugs ring?”

A third chipped in: “I reckon that Paula is in charge of the trafficking ring.”

A fourth wrote: “Is Paula in on the trafficking you think?”