Following Leanne’s recent involvement with the dodgy drugs gang that Simon dragged her into, she’s been pretending to her son that the issue has been sorted, with Harvey (Will Mellor) agreeing to leave them alone. But tonight’s episode of Coronation Street saw the truth come out after Leanne agreed to work with the police to expose Harvey, but was spotted by Simon.

Simon already had his suspicions about his mum, and today’s instalment saw the youngster rushing to Nick Tilsley (Ben Price) to ask if he’s noticed anything because she was “acting weird”.

Leanne’s dealing has seen her falling deeper into trouble, and she thought by going to the police the problem would be fixed, but it seems things will have to get worse before they are resolved.

Talking to police in tonight’s episode, she begged them to understand that Simon had been “forced” by Jacob Hay (Jack James Ryan) to begin dealing in the first place.

“I though I could handle it, but it all became – I failed them both,” Leanne explained. 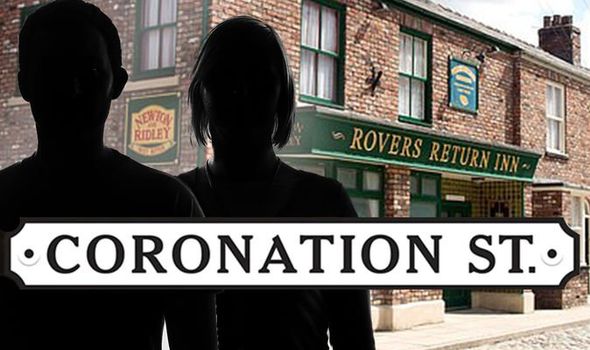 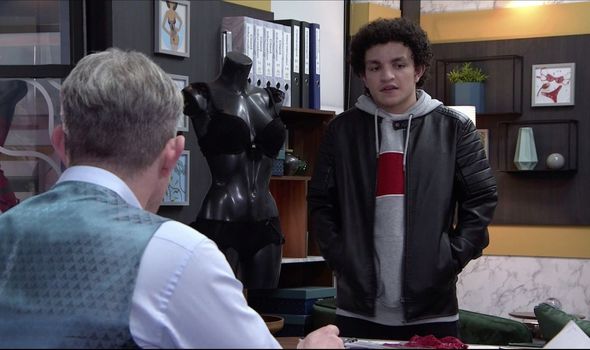 “I’ll do whatever it takes, I just want to fix things,” she said later.

The police officer informed her not enough information had been reported to arrest Harvey yet, despite remaining a threat to Leanne and her family.

Viewers saw the officer asking Leanne if she’d made a decision, to which she responded: “I’d need you to guarantee my family’s safety.”

Leanne later set about to catch Harvey out and help the police to get him arrested, but things don’t go to plan when Simon noticed her and demanded to know what she was playing at. 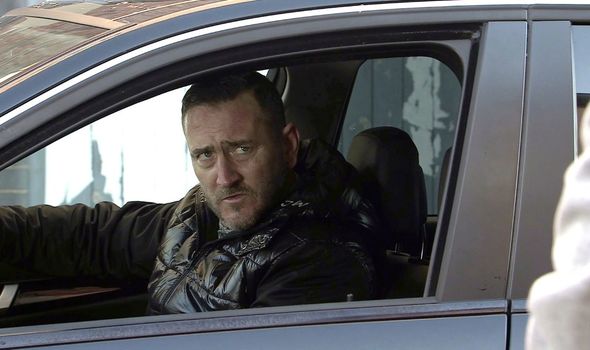 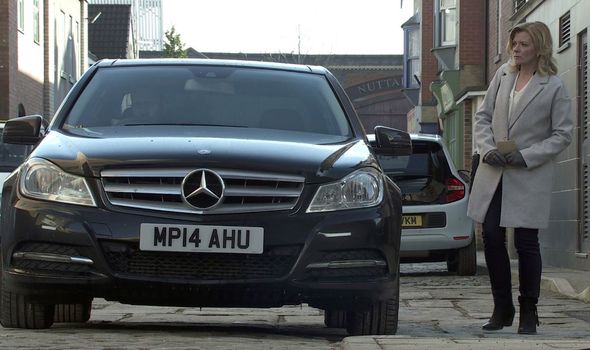 She confessed to her son but the pair were left terrified about what might come next.

Once Simon realised the police were involved, he begged her to stop before they both “end up dead”.

He explained: “There’s loads of them you know, and they’re not going to be happy about it.

“I’ve seen what they can do first hand to people – locking blokes in the boots of cars, threatening to set fire to people, Jacob in a hospital bed.”

Leanne seemed to give in, adding: “We might have to move away, Si. I do know how dangerous these people are, I really do. It will be okay, I promise.”

Earlier in the episode, Harvey had threatened to kill Simon if Leanne didn’t go along with the drug dealing jobs he’d ordered her to.

In a frightening scene, he said: “Ignore me again, and next time you see Simon, he’ll be in a morgue.”

“Don’t say that,” Lianne pleaded. But he replied: “I’m telling you now. You’ll be finding little bits of him in eight different skips – you hear me?”

Several noted this on Twitter, with one saying: “Look at Leanne going UC to infiltrate the ACG! This is all so line of duty and I love it #corrie.”

Another joked: “Omg is Leanne a CHIS (or whatever they call it on Line of Duty) #corrie.”

One said: “So, is Leanne a ‘chis’ now? Is this the ultimate crossover? #CHIS #Corrie #LineOfDuty.”

Another wrote: “#corrie getting in on the Line of Duty bandwagon. Leanne becoming a #CHIS.”

Coronation Street continues on Monday at 7.30pm on ITV, while Line of Duty airs on BBC One at 9pm on Sundays.

GMB's Alex Beresford is forced to isolate with his son, 11, as his ex-wife tests positive for coronavirus