In upcoming scenes on the ITV soap, it looks like Gary (played by Mikey North) is getting closer to having his misdeeds detected.

The heat is getting to him at the moment and ex-girlfriend Sarah Platt (Tina O’Brien) is suspicious of him.

Gary knows he must deflect the unwanted attention onto someone else to protect himself.

As a result, he decides to try and frame his other murder victim Rick Neelan (Greg Wood) for his crimes.

The builder breaks into the loan shark’s home and takes one of his jackets, smearing it with anti-vandal paint.

Gary thinks it might fool the police into thinking Rick climbed onto the factory roof to sabotage the building.

Unfortunately for Gary one of Rick’s debt collectors, Sharon, catches him in the act.

After being caught red-handed Gary is subsequently taken in by the police for questioning.

Will justice finally be served for Gary? Viewers will have to wait and see. 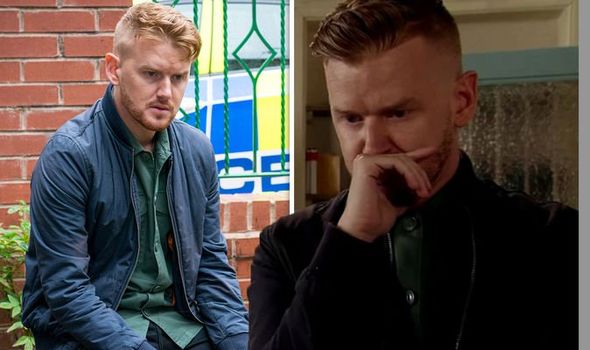 It looks like Gary may turn killer again in future storylines as actor Mikey has spoken about the role.

He told Metro.co.uk: “I think the first time is the hardest isn’t it, and there are definitely storylines coming up in the next six to 12 months probably, where that’s going to be tested even further.

“So he’s going to be faced with more situations where – should he kill or should he not kill?”

Elsewhere on the cobbles, Michelle Connor (Kym Marsh) is still in the dark over Robert Preston’s (Tristan Gemmill) baby secret.

But she may be getting an unlikely ally in the form of Tracy Barlow (Kate Ford). 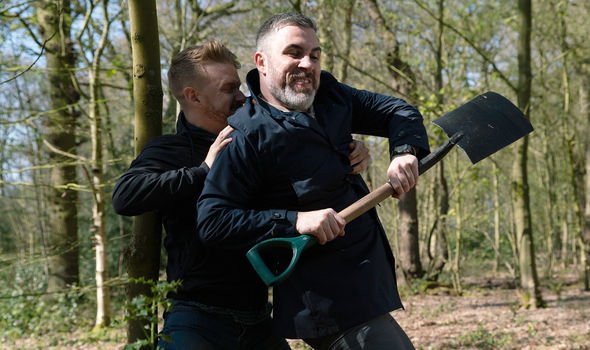 It unfolds as Tracy finds out from husband Steve McDonald (Simon Gregson) about Robert and secret love Vicky Jefferies (Kerri Quinn) being spotted at a local pub together.

Steve explains that Robert claimed he was with Vicky in order to help find her son Tyler (Will Barnett) a job.

Tracy is very suspicious, and it looks like she won’t stop digging any time soon.

Will she let Michelle know what Steve has told her?