Yasmeen (played by Shelley King) has been taking centre stage in a harrowing coercive control storyline on Coronation Street over the past year, with husband Geoff (Ian Bartholomew) emotionally and mentally abusing her. Although the plot began subtly, recent months have seen the villain show his true colours not just to his wife, but his fellow Weatherfield neighbours. With his behaviour being put under the spotlight, his other half has felt the need to defend her partner. However, there is a very heartbreaking reason why the ITV soap pensioner has been trying to hide the true sinister presence in her home.

Casting minds back all the way to when Yasmeen first arrived on the cobbles in 2014, she was the matriarch of a strong new family set to cause drama in Weatherfield.

Accompanied by her ex-husband Sharif Nazir (Marc Anwar), it seemed the pensioner had the perfect family set up before it was revealed her other half had been having an affair for seven years with his friend, Sonia Rahman (Sudha Bhuchar).

What with the death of her son Kal Nazir (Jimi Mistry) and her marriage breaking down, the pensioner has become a shell of her former self, but saw hope when Geoff showed her some kindness.

Having loved and lost in the past and being manipulated by her husband to bow to his every whim, it seems the long-suffering character is defending the villain because she blames herself. 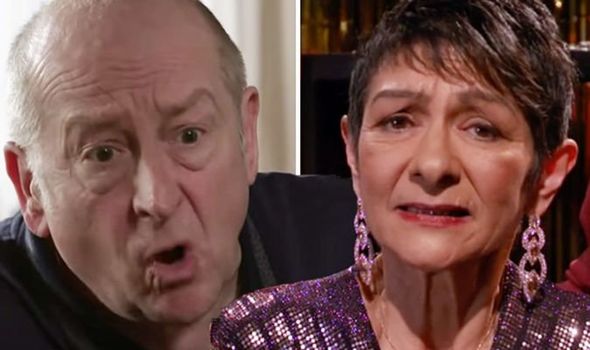 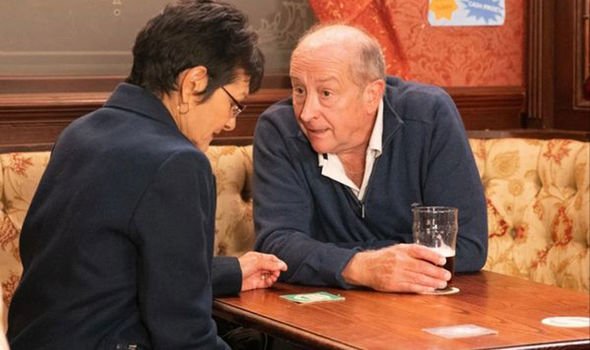 Holding on to the belief Geoff loves her deep down, Yasmeen has been brainwashed to think her husband only gets aggressive when she messes up.

In fact, the pensioner has done nothing wrong and is falling under the villain’s spell but her past has also confused her state of mind.

Seeing this warped vision of herself and not wanting to lose another partner, this is an explanation for why she is so intent on not letting her family and friends discover what’s really going on.

Chantal Hughes, CEO of domestic abuse charity, The Hampton Trust, has added further explanation of this in an exclusive interview with Express.co.uk. 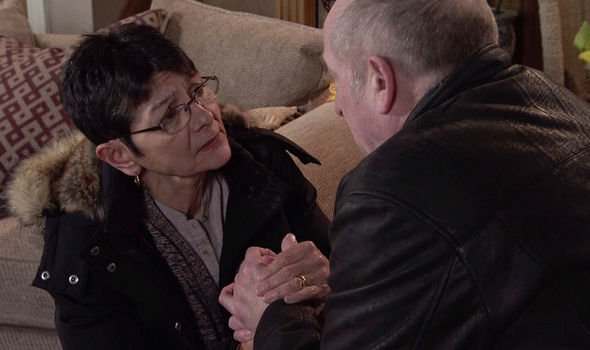 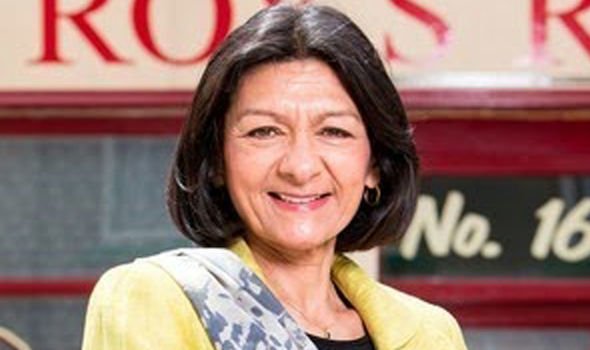 She has become confused and trapped

Asked if Yasmeen is only staying with her abuser out of fear of what he could do, the head of the charity said: “Yasmeen has become captive in a world that Geoff has created around her and it is becoming increasingly difficult for her to think rationally or see things objectively.

“She has become confused and trapped. She will move from feeling scared of what Geoff is going to do next to defending his actions and blaming herself.

“Living in this flux of contradiction and fear is exhausting and it will reduce her ability to think clearly and take action.”

With such confusion spiralling in her mind, it seems the pensioner warped beliefs have only been exacerbated because of how Geoff reacts once he has gone too far.

Every time the villain has feared his wife has left him because of his malicious actions, he has pleaded with her to give him a second chance.

This is a very common trait of someone who is guilty of domestic abuse, with Yasmeen left to feel she has done something wrong.

Chantal added: “An abuser may also display depression or make threats of suicide if the victim suggests leaving.

“When you love someone you want to believe it will be different and these are some of the many factors that keep victims in abusive relationships.”

“Yasmeen may have moments when she acknowledges that Geoff is mistreated, however, because she loves him she may not want to believe this is happening, therefore she will justify his behaviour and blame herself for some of it.”

The soap has deliberately been slow-building this storyline and wanted to focus on the more manipulative side of domestic abuse, rather than the physical.

Seeds were planted when Geoff arrived in Weatherfield in 2018 and weave himself into his wife’s life very subtly.

It’s yet to be confirmed how the plotline will conclude, but the soap has raised awareness of an often overlooked aspect of abusive relationships.

If you or anyone you know has been affected by Yasmeen’s storyline, please find more information by visiting the Women’s Aid website or call Refuge on 0808 2000 247.

Money Heist season 5: Will Arturo die in the new series?