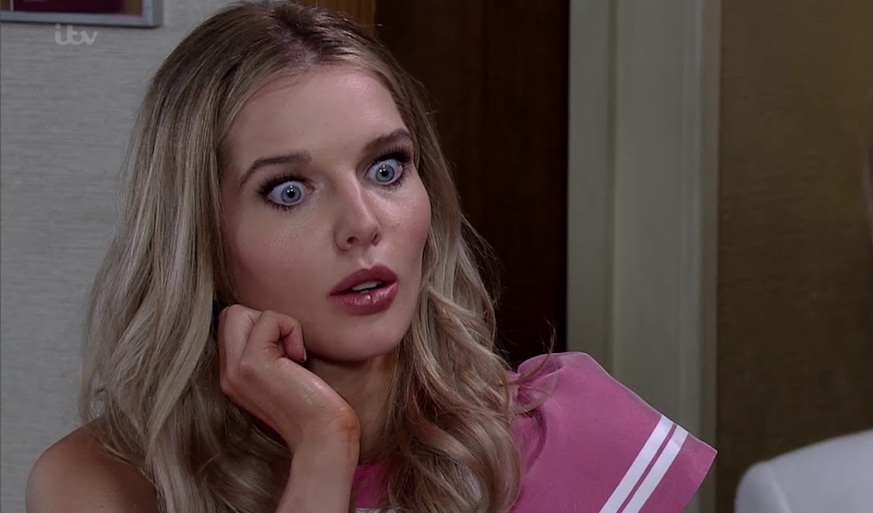 The actress, best known for playing Rosie Webster on the ITV soap, revealed her new do in a post on social media.

Taking to Instagram, the 31-one-year old posted a pic of her new look, which showed off her lengthy bob.

‘A short hair moment’, she wrote alongside the snap.

Britain’s Got Talent judge Amanda Holden also added her thoughts, saying: love this look on you’.

Fans were also quick to comment, with one telling Rosie that they’re ‘obsessed’ with her new look.

Another said: ‘Wow. Love this style and colour on you.’

Taking to Instagram, the Preston North End player shared a stunning black-and-white snap of the soap star cuddling their new arrival – and confirmed his name.

He captioned the post: ‘I couldn’t ask for a better gift on my Birthday, what a blessing!!!

According to The Sun, Helen is not preparing to return to Corrie, after last appearing as Rosie in 2018.

A source said: ‘It’s up in the air as to whether she will ever return. She has other career dreams she’d like to work on before making up her mind.

‘She wants to focus on her three children and has other career dreams, including acting roles, she would like to work on before making up her mind whether to reprise her role as Rosie.’

‘Queen & Slim’: How Lena Waithe and Melina Matsoukas Made the ‘Blackest’ Film of the Year