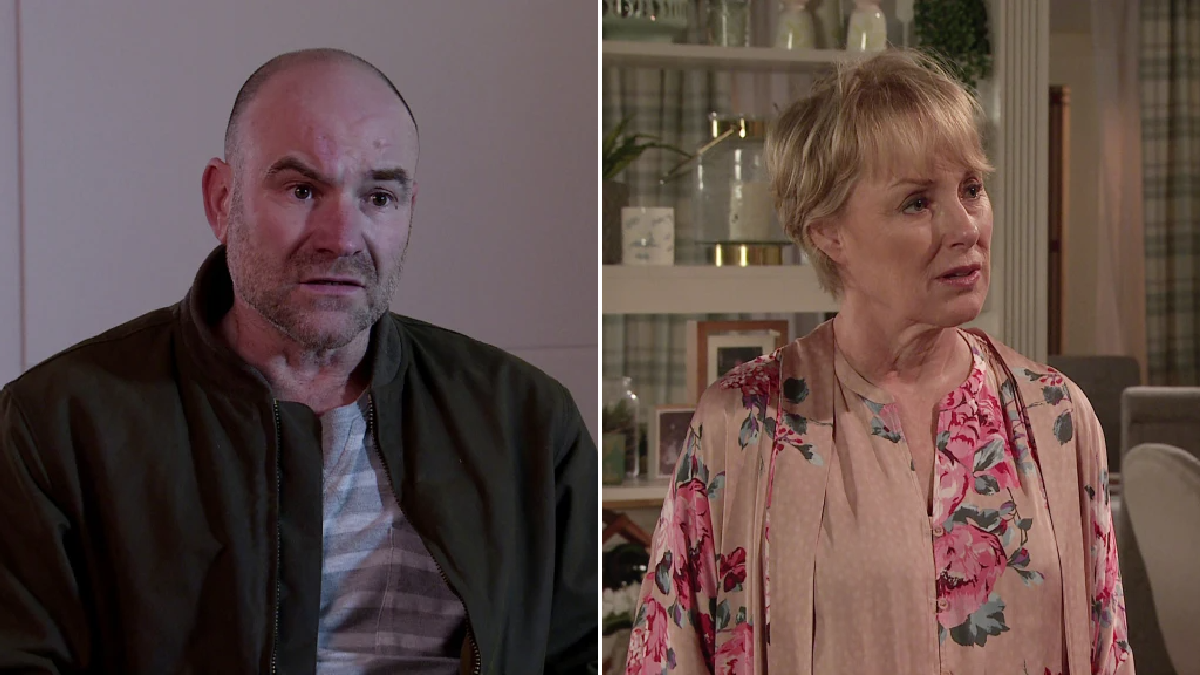 Coronation Street writers are currently undecided over whether or not to split Tim Metcalfe (Joe Duttine) and Sally (Sally Dynevor) up.

Right now, the couple are experiencing problems in their relationship.

Following the news he’s to have a triple heart bypass, Tim has pushed Sally away, unable to tell her about his health problems.

For Sally, this has made her feel unloved, worried Tim is embarrassed to be with her.

As the ordeal continues, you may be wondering if Sally and Tim’s marriage can survive if secrets continue to be kept.

And you’re not alone.

During this week’s soap segment on ITV’s This Morning, Sharon Marshall revealed writers just can’t decide what the future holds for this couple:

‘Before Christmas, there was this big Corrie press conference and the writers admitted this was the subject of a huge debate in the writers’ room. There were arguments – some of the team do want to, but there have been some who don’t.

She added: ‘What we will see is that she will become more and more paranoid, she will put a tracker on his phone, she will start to think Tim is having an affair.

Metro.co.uk attended the press event, where boss Iain MacLeod gave his thoughts on the current storyline with Tim and Sally:

‘It becomes a colossal threat to everything Sally and Tim know about their relationship and what it looks like in the future. It’s massive really – it kicks off with a brilliantly ludicrous scene.

‘Tim and Sally feel like an iconic couple and some people in the storyline conferences want to pitch a split permanently.

‘It always starts a massive argument. They feel right, they are peas in a pie. It matters to me and the audience. There will be a huge level of investment.’

SXSW to Stream and Give Awards to Films From Canceled Festival