DANNIELLA Westbrook went out with her bra last night and was caught locking lips with Dave Courtney during a wild night out in London.

The former EastEnders actress, 45, was caught snogging the gangster, 60, at nightclub Shaka Zulu. 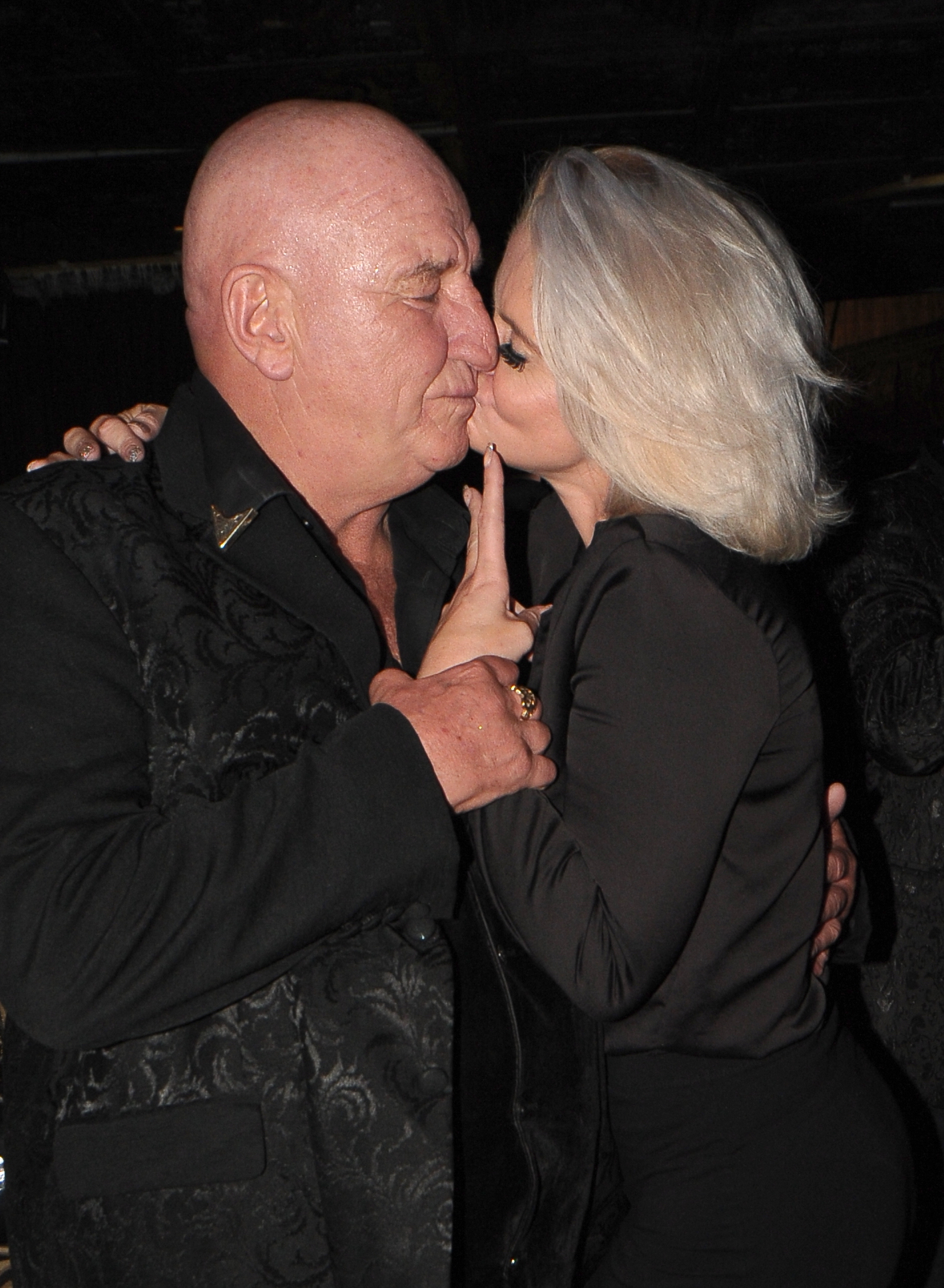 The pair, who have been friends for over 20 years, looked loved-up as they planted a kiss of each other's lips.

Opting for an all-black look on the night, the star showed off her petite figure in a pencil skirt, tights and a silk blouse as she confidently posed for the cameras.

She completed the revealing look by flashing her navy bra in the low cut top.

Last year, Danniella gushed over their friendship with Dave on Twitter. 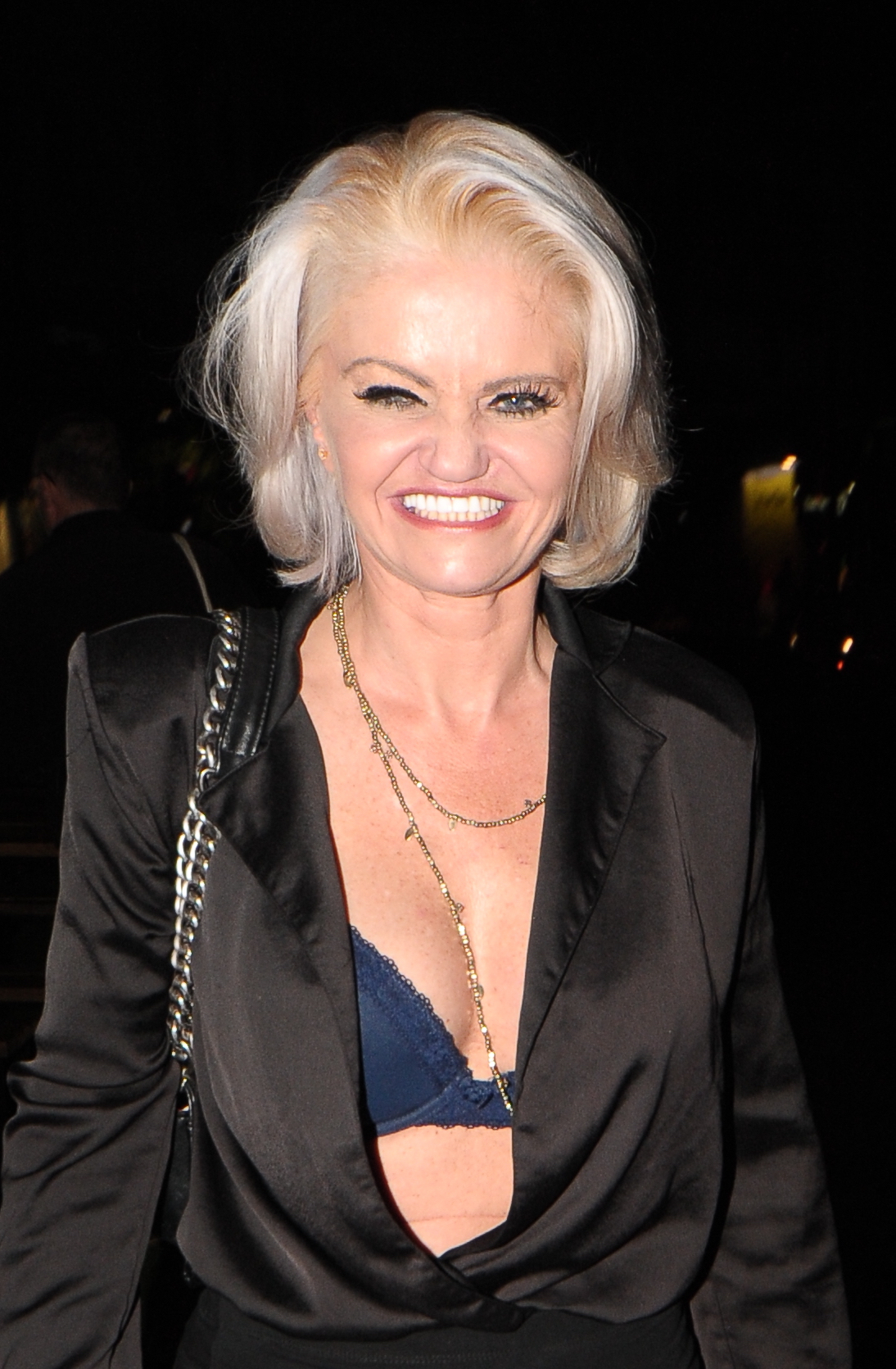 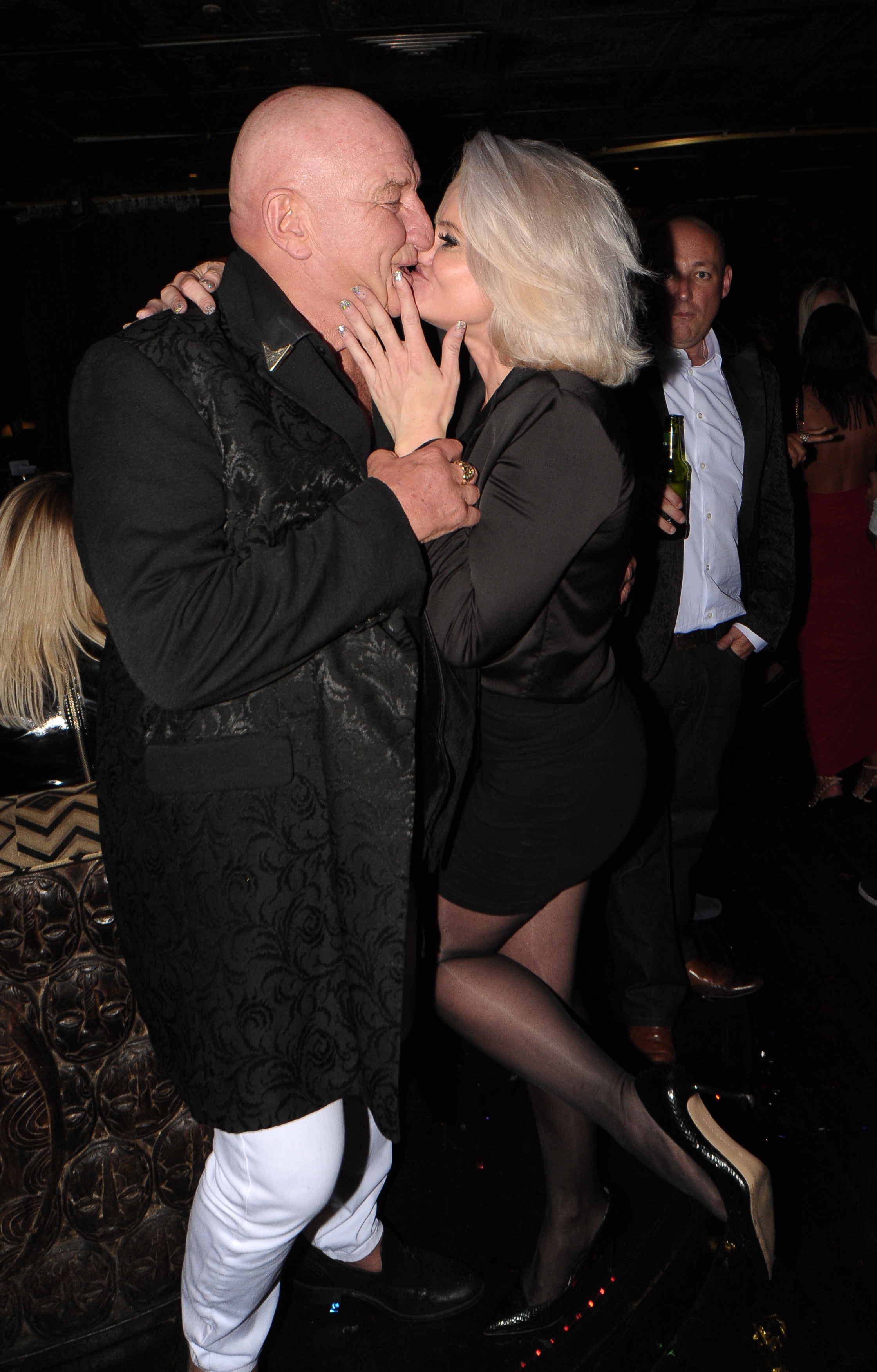 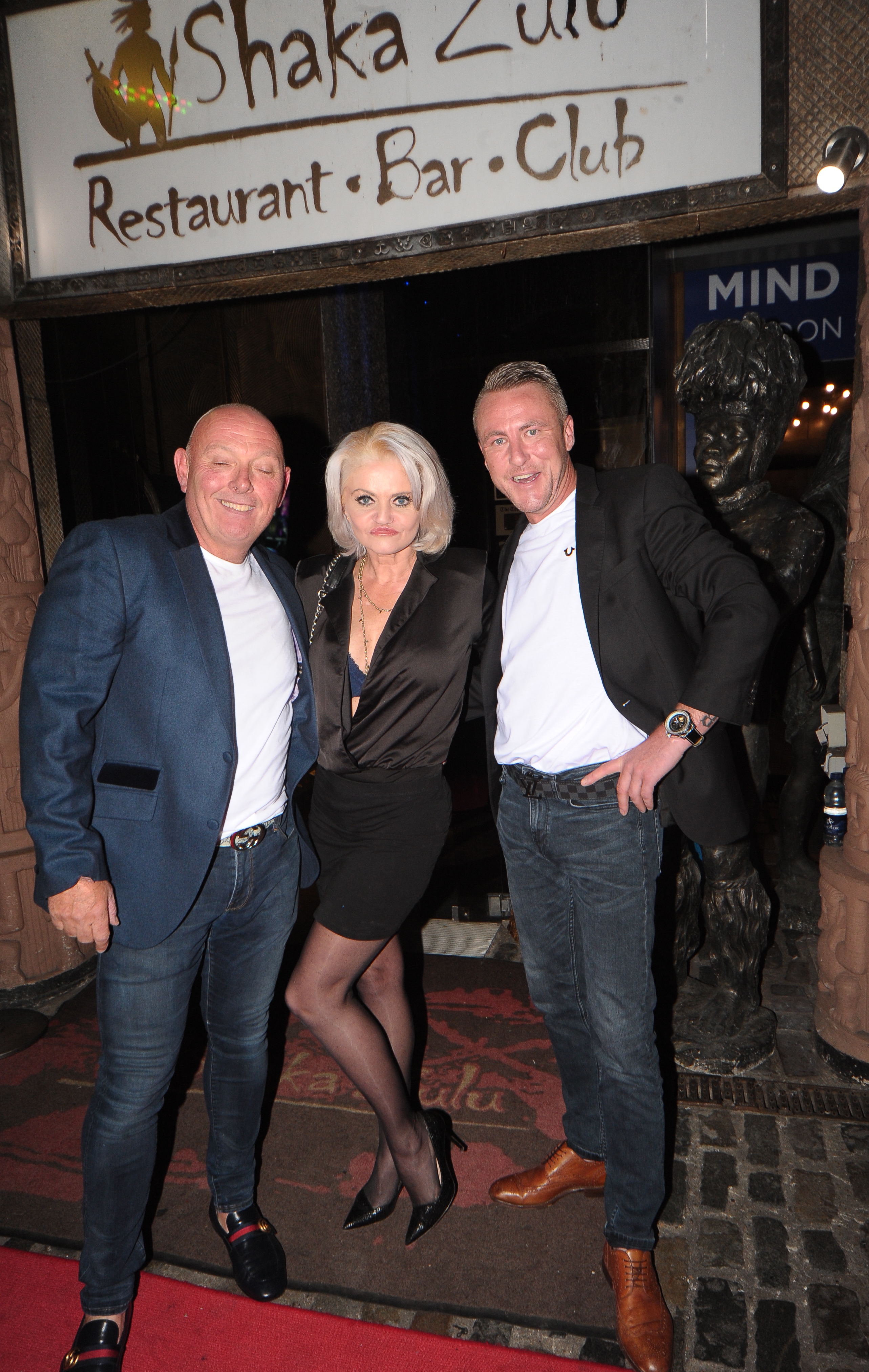 She said: "Over 20 yrs of friendship & this man has never not been beside me quietly behind the scenes of all the dramas he tells me off supports me advises me & is a true loyal friend I trust him like a brother & I love him very much @davecourtney666 thank u 4 always being a true friend."

The fun night out comes week after the star begged husband Kevin Jenkins for a divorce, despite splitting five years ago.

Taking to social media on his birthday, Danniella stunned fans with the unexpected video rant.

She said: "So it's the 23rd of August, which can only mean one thing. 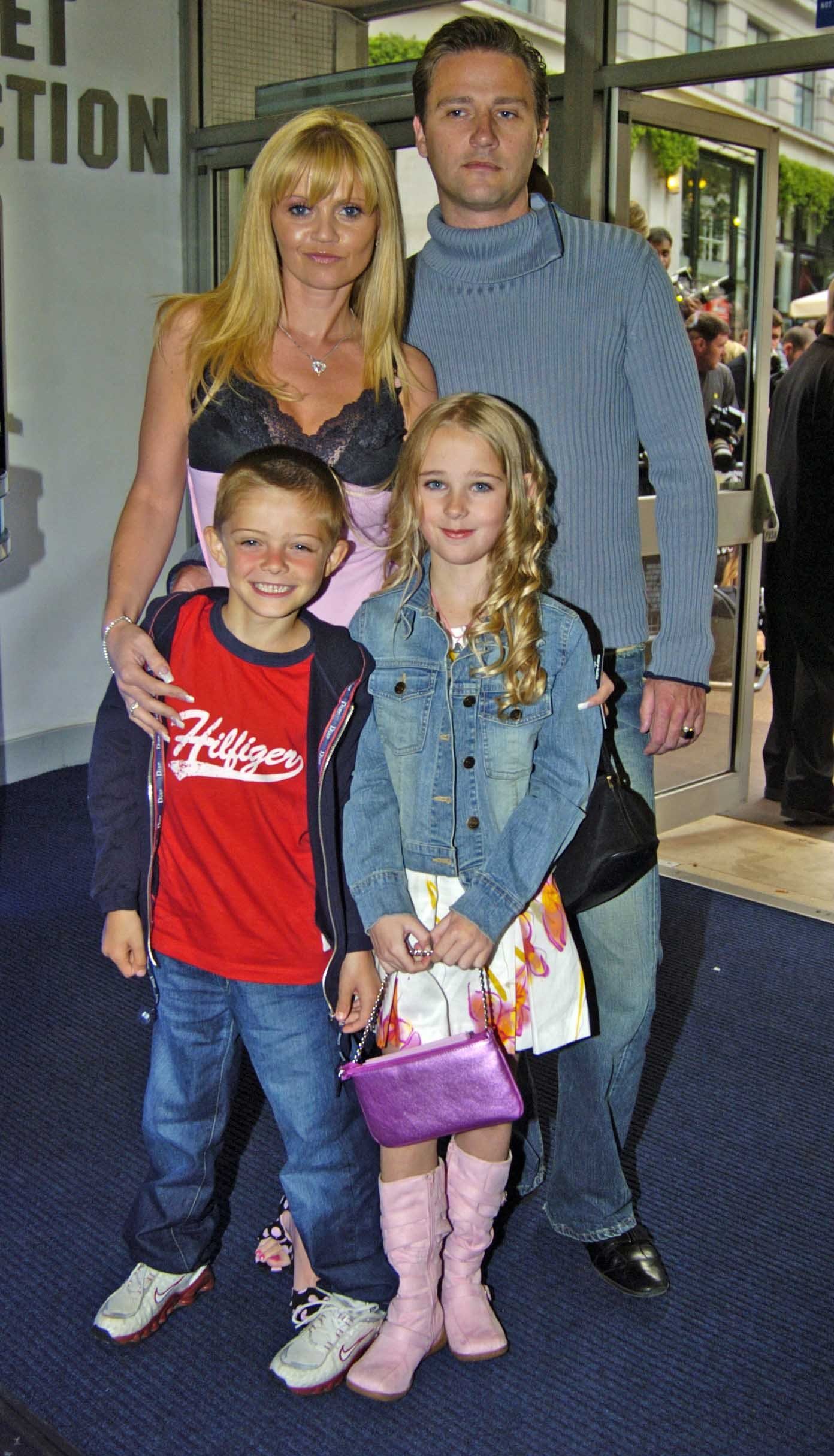 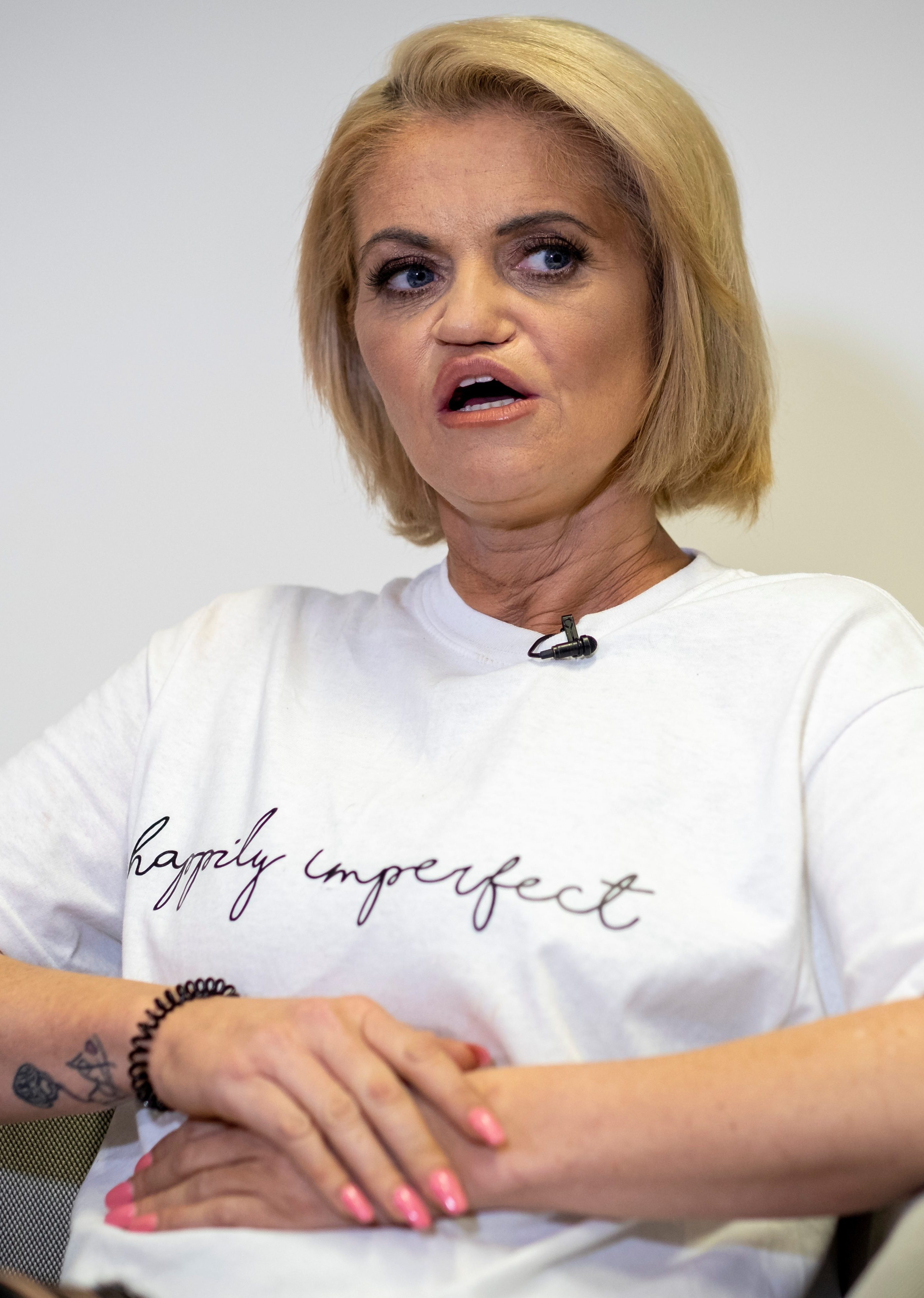 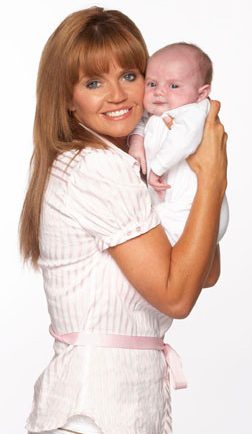 "A very, very happy birthday to my darling husband Kevin. And I have the perfect present for you. How about we get a divorce?"

Danniella split from Kevin in 2014 after 13 years of marriage, but has asked him to make their split official for the past five years.

She wrote out a tweet to accompany the video, saying: "Happy birthday to My Husband off nearly 19 years Kevin Jenkins.

"Hope you have the most amazing birthday weekend KJ But after 5 years of asking please let me give you this GIFT . #DontAskDontGet #MrTA (sic)."

The star is now clean after fearing she could die if she takes another line of cocaine.

After shooting to fame as Sam Mitchell in EastEnders she went on to spend £250,000 on the habit, and was so hooked she even admitted taking up to 5g of cocaine a day when pregnant with her son Kai.

She told The Sun online recently: "I won't recover next time. If I relapse that's it.

“It’s do or die for me. I know I’m one relapse away from dying.”