DAVID Beckham kissed his daughter Harper on the lips again as they watched the Women's World Cup quarter final.

The 44-year-old sporting legend showed his little girl some affection as he treated her to a day out at the sporting event in Le Havre, France. 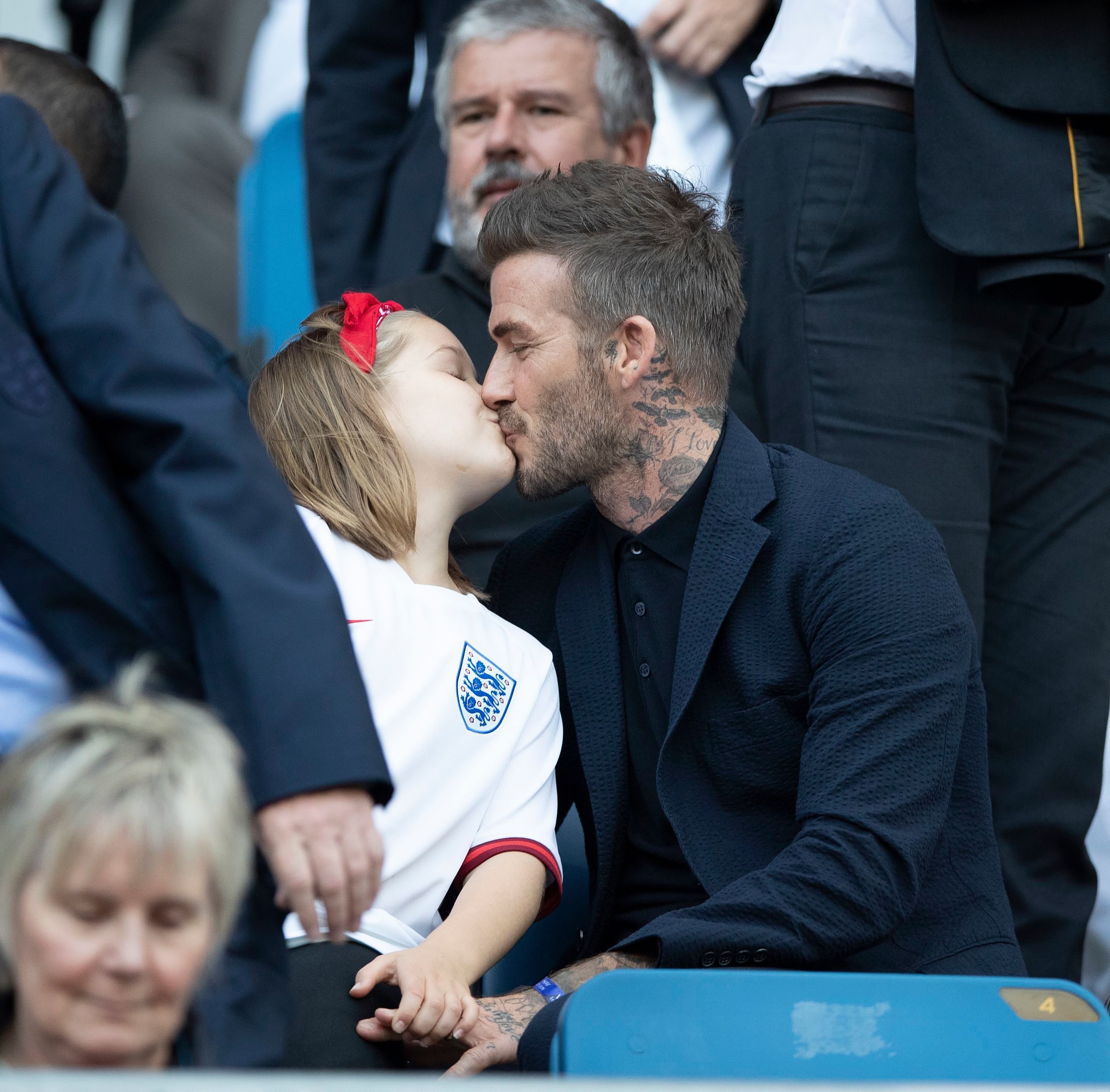 David and Harper, 7, looked like they were having a brilliant time watching the match and cheering on the English side.

Excited David took to Instagram to share a photo alongside Harper and the Lionesses before their big game as he expressed how proud he was at how far they had come.

He said: "So lucky to get to see the girls before tonight’s big game… As a player I know exactly what it means to play in these competitions and to have the support from home which means so much..I just want to say how very proud we all are of every single player, they are doing amazingly well and the whole country is behind them !!!

"As you can see Harper was so excited to meet the team & is so excited for the game…. Come On England 🏴󠁧󠁢󠁥󠁮󠁧󠁿 @[email protected]" 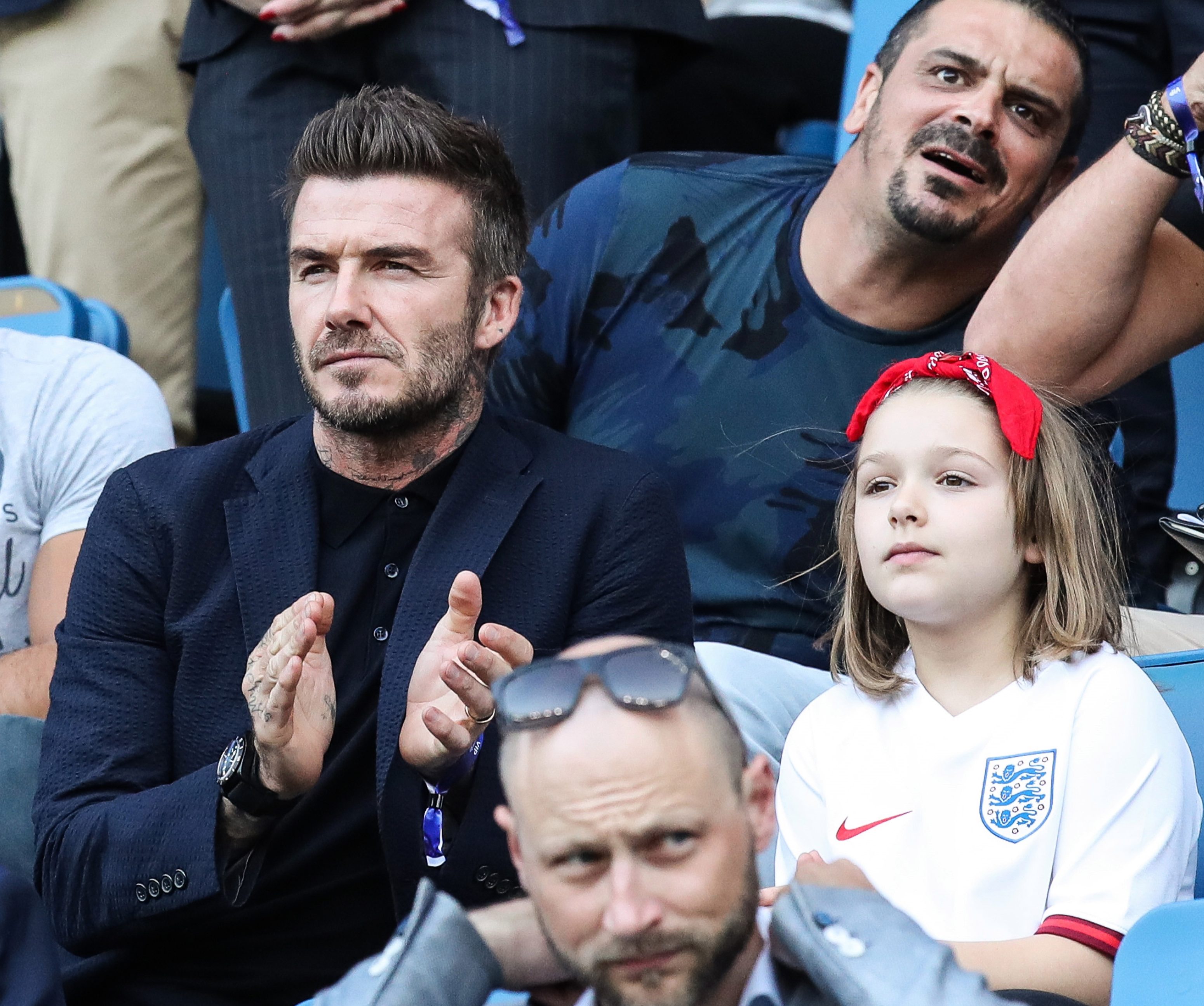 And it comes as no surprise that David chose his youngest child to accompany him for the sporting event, as he previously revealed how Harper is a keen football player.

The football star is hoping that Harper will be the one to follow in his footsteps after his three sons gave up football to pursue other hobbies.

"Harper is playing every Sunday and loves it. The boys don’t play and it’s heartbreaking," he said on The Graham Norton Show last May.

He added: "They have a talent but it’s down to Harper now. I get very enthusiastic when watching her." 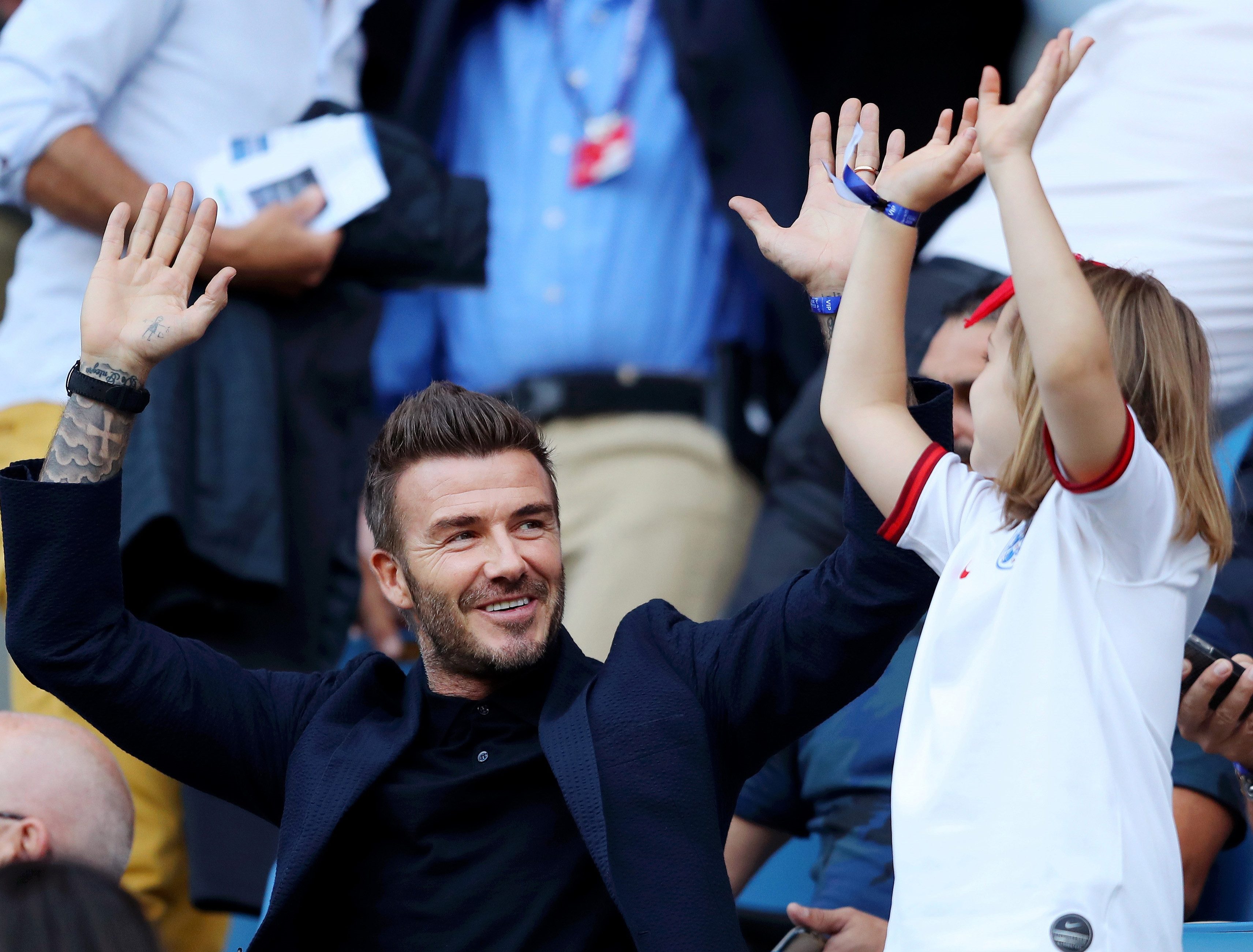 However, this isn't the first time that David has been slammed for kissing his daughter on the lips.

The former footballer was seen kissing his daughter on the lips during a Father's Deal meal in Seville.

The harmless kiss came after Good Morning Britain host Piers Morgan, 54, attacked the football ace for a video which was taken on the Beckham family's holiday in Miami.

He said earlier this month: "Why would a father kiss his daughter on the lips? Don't get it. Creepy. Weird. Creepy. 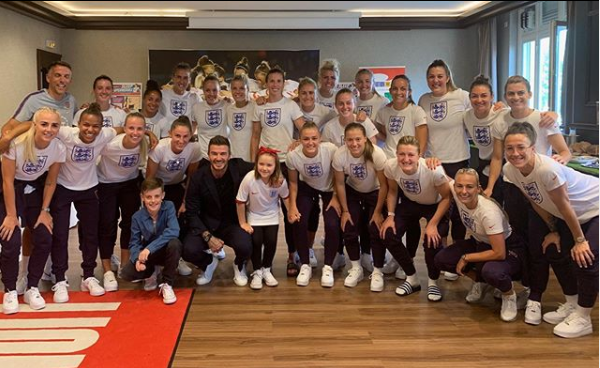 "No one does that. You post that to the world, but why?"

Susanna Reid chipped in: "Well, the interesting thing is, he came in for a lot of criticism when he posted a video like that a couple of years ago.

"He's obviously just doubled down and thought: 'Well you know what that's what I do.'"

David was targeted by trolls last November, after he shared a photo of him kissing Harper, 7, while ice skating in London. 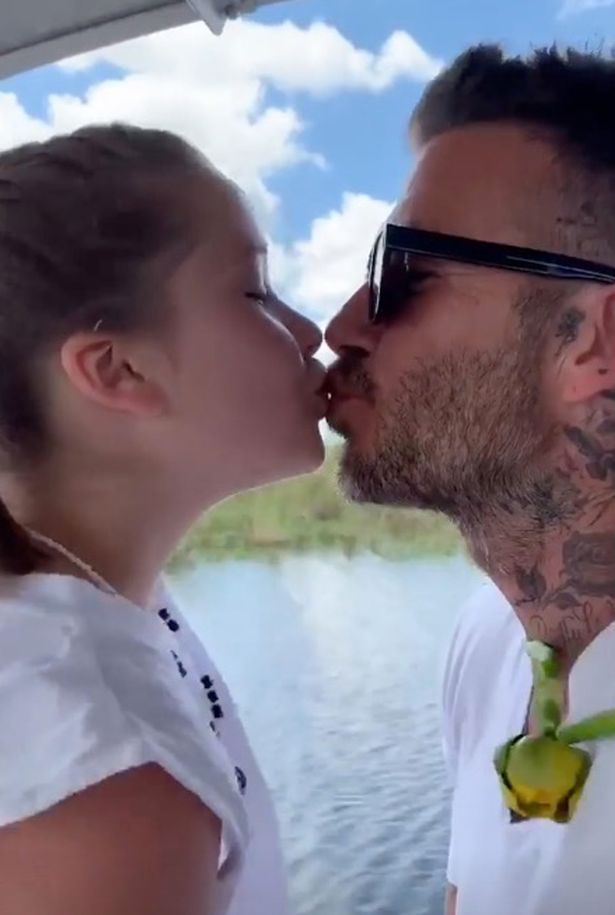 The ex-footie star's loving Instagram post was met with a stream of comments from unhappy followers claiming it was "wrong" for a father to kiss his daughter on the lips.

Piers also commented on the post, as he branded the football legend "weird".

However, troll comments are unlikely to annoy the star, who in 2017 hit out at criticism by insisting he does the same with all of his children, adding: "We want to show our kids love."

Jennifer Hudson Thinks History Will Be Kind to ‘Cats’