Choriza May and River Medway have opened up about the shock they felt when they discovered they’d both been eliminated in the latest episode of RuPaul’s Drag Race UK, recalling how confused they were on stage.

Choriza and River struggled to tickle RuPaul’s funny bone as Margarita Pracatan and Amy Childs respectively, going on to showcase fruit-inspired looks on the runway before the head judge selected them as the bottom two queens of the week.

While speaking to Metro.co.uk and other press, Choriza and River revealed what thoughts went through their head when they realised that their time in the competition had come to an end in an extremely unexpected and brutal way.

‘I was shocked, to be honest. I was like, is that really necessary? Was it really that bad?’ River said.

‘I think it could’ve been a lot worse, but I knew that it’s all part of the show, isn’t it?’ 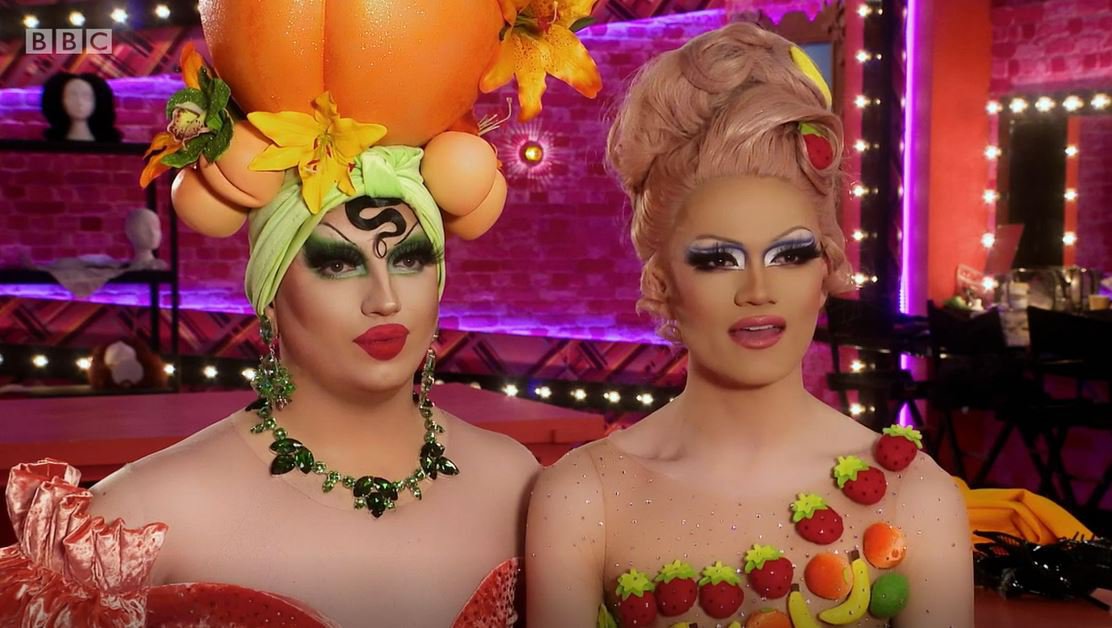 Choriza explained that when RuPaul first said her name, she initially thought she’d been selected to stay, before thinking that perhaps there would be a double shantay.

However, it wasn’t meant to be.

‘Then I saw RuPaul’s face that was kind of like the same as when she watched the adverts the week before, and I was like, “Ooh, maybe we’re going home together babes.” And we did, we held hands and it was magical.’

Choriza and River’s joint exit from the stage was both heartwarming and heart-wrenching, with the two fan favourites holding hands for their departure and explaining how ‘comforting’ they found it leave the show together as best friends.

River revealed that she hasn’t heard from Amy about her Snatch Game impersonation, admitting that she doesn’t want the reality star to see her performance.

She outlined that the version of Amy she wanted to portray was from the early seasons of Towie, when the show ‘took over everything’ and was the talk of the TV town.

Choriza shared that she has received a positive response from Margarita’s family, who posted her Snatch Game impersonation on the late singer’s official Instagram page.

As for who the queens are backing to win season three, Choriza said that she’s currently hoping to see Kitty end up with the crown.

‘My choice for now is Kitty. I think Kitty has been very underlooked,’ Choriza stated.

‘Something that I keep saying is if you realise the perception from the queens in the Werk Room is very different. Every time we’ve had to pick teams, Kitty has been the first one who has been picked, and that says something. I think she really has what it takes.’

To add to Choriza’s point, River pointed out that Kitty still doesn’t have any RuPeter badges, despite impressing the judges and viewers with her talent: quipping: ‘Maybe the judgement is clouded.’

RuPaul’s Drag Race UK returns next Thursday at 7pm on BBC Three and is available to watch on BBC iPlayer.

Who is Rose Fairchild in Keeping Faith?