Home » TV & Movies » Eamonn Holmes’ and Ruth’s future on This Morning in ‘jeopardy’: ‘No one wants them to go!’

Eamonn Holmes, 60, and his wife Ruth Langsford, also 60, are two of the most popular presenters of television, hosting shows on various networks. However, they are best known for replacing Phillip Schofield, 59, and Holly Willoughby, 39, on This Morning, standing in on Fridays and during the school holidays. Recent reports are now suggesting their 14-year stint at the helm of the ITV programme could be coming to an end in a huge shake-up to proceedings.

Ruth has six more years on her husband as host as she became a guest presenter on the show from 2000 before she was joined by her spouse from 2006 onwards.

Since then, they’ve provided viewers with countless hours of entertainment and interviewed hundreds, if not thousands of guests on the sofa.

The pair were stalwarts during the coronavirus pandemic as they continued to perform their duties in the studio.

It is now being reported producer Martin Frizell wants to change the face of the show, with an internal poll being conducted to determine whether the couple will be axed.

A television insider said: “No one wants to see them go. The show’s execs have some very tricky decisions.” 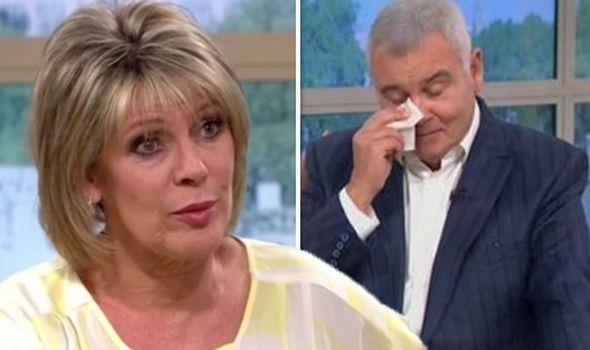 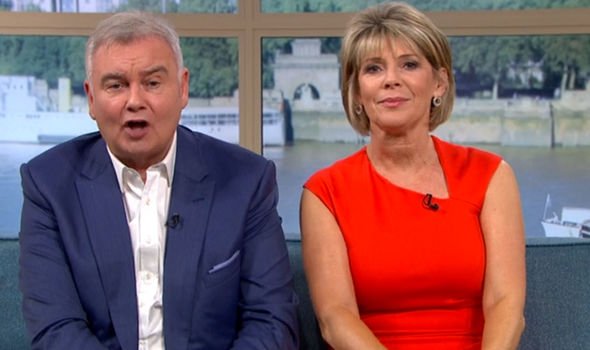 “Eamonn fears he is basically too ‘pale, stale and male’, and, at 60, perhaps not in line with the youth drive broadcasters are after,” the source continued.

They also told The Sun there is a “possibility” Eamonn and Ruth could stay on as regular holiday hosts but could lose out on presenting on Fridays.

Express.co.uk has contacted a representative for This Morning and for the couple for comment on the speculation.

The publication also adds former The Saturdays singer and regular guest star Rochelle Humes, 31, could be one name on the cards to replace Ruth. 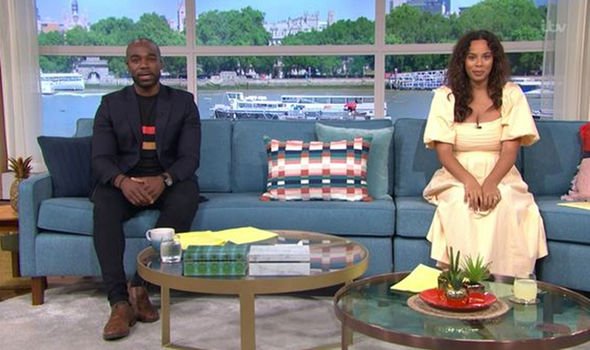 No one wants to see them go

Ore Oduba, 34, is also being reported as a possible stand-in for Eamonn after hosting the show on several occasions over the summer.

The latest speculation just months after the editor of the show Mr Frizell said a change needed to be made in light of the Black Lives Matter movement.

According to The Mail On Sunday, the producer made the comments via a video call and explained his plans for ITV daytime.

“There is not a black presenter on any of the programmes today. We plan to change that. We [This Morning] are looking into it,” he continued.

Taking to Twitter, some viewers have responded to the reports, with one writing: “These presenters – Phillip, Holly, Ruth, Eamonn make This Morning truly the best in morning television.

“Always makes it so enjoyable to watch. I hope ITV recognises this, that all who work on This Morning makes it a superb programme.”

Another added: “This can’t be true… just read in The Daily Mail @RuthieeL and @EamonnHolmes could be replaced on @thismorning due to a diversity drive.

“I’m choosing to believe this is some sort of sick joke. Both are two of the best and are a highlight together. Why would we want to lose them?”

It was back in July Eamonn received the accolade of most popular UK breakfast TV host of all time according to ITV quiz show Tenable.

DIY SOS presenter Nick Knowles, 57, informed the This Morning host via Twitter where he congratulated him on the award.

Responding, Ruth’s husband added: “Well that was an easy question Nick! No other possible answer was there?”

One fan replied: “This morning is the best with @EamonnHolmes and @RuthieeL, love the banter between you!”