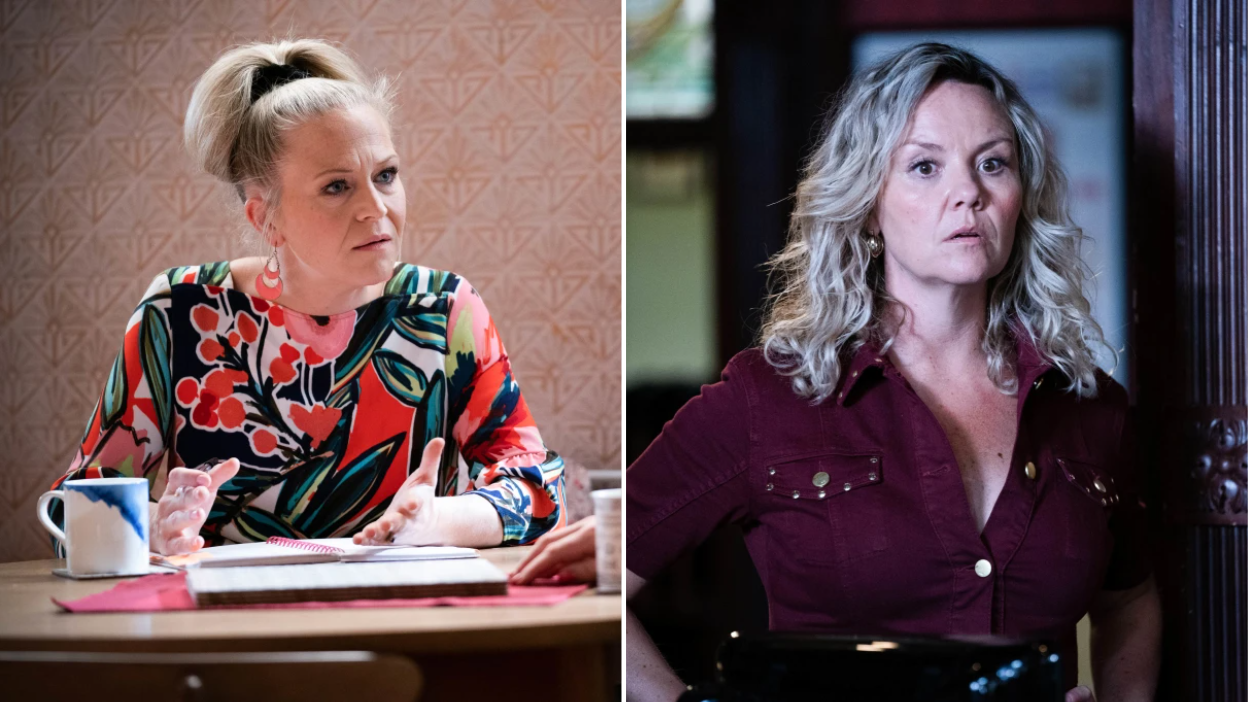 Linda faced the prospect of time behind bars following her car crash with Janine, something she believes she was solely responsible for.

Thanks to Janine’s meddling, Linda and the Carters are unaware that she was behind the wheel and crashed the car after arguing with her enemy.

Linda recovered from her serious injuries, but she struggled to recall what transpired on the day in question. Despite her innocence, she accepted responsibility, and sought help for her alcohol addiction.

Last night, Linda popped over to The Vic for a heartfelt moment with her beloved children, Ollie (Harry Farr) and baby Annie, before setting off for court. Devilish Janine was quick to relish Linda’s misery, and even sank as low as to tell Linda that her children are better off without her.

Jada Lennox (Kelsey Calladine-Smith), meanwhile, received her orders from Janine, who blackmailed her into planting bottles of alcohol around the home. If she refused, Janine would leak a recording of her agreeing to take part in the plot.

Linda was given a fine and community service and happily made her way home, much to Janine’s annoyance – but there was yet another twist in store.

Janine not only had Jada plant bottles of alcohol around the house, but she also had her telephone social services to report Linda’s alleged drinking.

This meant when a social worker arrived, they found bottles around the home and when they assessed baby Annie, a bruise was discovered on her arm, so Linda’s youngest was taken away from her.

Following Janine’s return, this was arguably her cruellest moment so far – and fans cannot wait until she is found out.

Job done. THAT is Janine. #EastEnders

‘That’s the first time since Janine’s been back I’ve REALLY wanted to smash the TV! Job done. That is Janine!’, one fan wrote.

Love Janine but get her Jada! #EastEnders

Can someone just get rid of Janine alreadyâ¦ kinda sick of this SL. #EastEnders

As Janine’s efforts to ruin Linda’s life continues, she’s not set to give up any time soon, but what will this mean for Mick’s (Danny Dyer) future in Walford once the truth is finally revealed?