Denise (played by Diane Parish) has been enjoying having her son Raymond Dawkins (Michael Jose Pomares Clixte) back in her life after she secured custody of him last year on EastEnders. Viewers of the BBC soap will remember she gave the youngster up for adoption after a one-night stand with Phil Mitchell (Steve McFadden) led to the birth of her third child. However, although the toddler knows Denise his mother, he doesn’t know who his father is and when he discovers the truth next week, it seems his mother could be planning to flee the Square so she doesn’t lose him.

The drama kicks off in upcoming episodes on the weeknight serial drama when Kat Slater (Jessie Wallace) is excited to launch her taxi business.

Her partner, Phil, is distracted however when he sees his estranged son walking around the Square with Denise.

Knowing she needs to make the situation better, the gangster’s girlfriend asks Denise to reconsider letting Raymond’s father have access to him.

Staying with her current stance, the mother-of-three refuses to help but it’s some words of wisdom from Patrick Trueman (Rudolph Walker) that changes his mind.

He reminds his surrogate daughter her son can still spend time with his father without knowing the real reason Phil is looking after him. 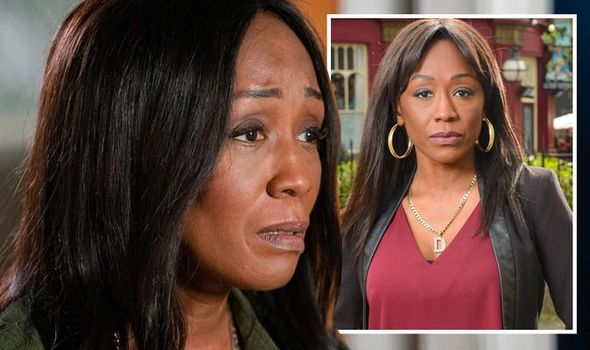 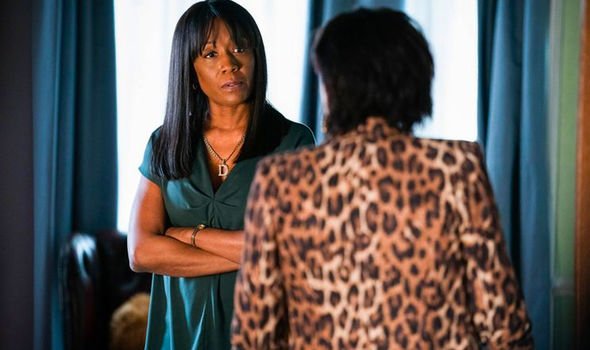 Taking the risk, Denise later turns up at the laundrette – which Phil owns – and asks him to babysit for a while.

The gangster is delighted and it’s not long before the shady businessman is telling the youngster he will own the laundrette one day.

He reveals this is because he is the toddler’s father, breaking the rules Denise put in place to let him have access to their son.

Kat is enjoying the launch of her new venture but she is speechless when her partner tells her what he’s done.

She is not the only one as Denise is furious when she discovers Raymond has been told the truth about his paternity. 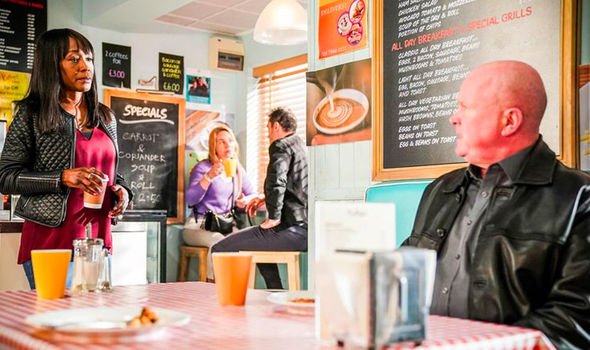 Phil and Denise should come to an agreement

Patrick and Kim Fox (Tameka Empson) try to calm down the mother-of-three but she’s defiant against letting Phil get away with his actions.

Denise confronts the father of her son and she tells him there is no chance he will have custody of the toddler again.

Disheartened, the gangster turns to his cousin Billy Mitchell (Perry Fenwick) for advice on how he tried to get custody of his children when having a dispute with his ex-wife, Honey Mitchell (Emma Barton).

Stating he was considering going through the courts, Phil is given motivation and begins to plan his revenge on the mother of his son.

After having a confrontation with his eldest child, Ben Mitchell (Max Bowden), the gangster tells Denise what he has planned to get hold of Raymond. 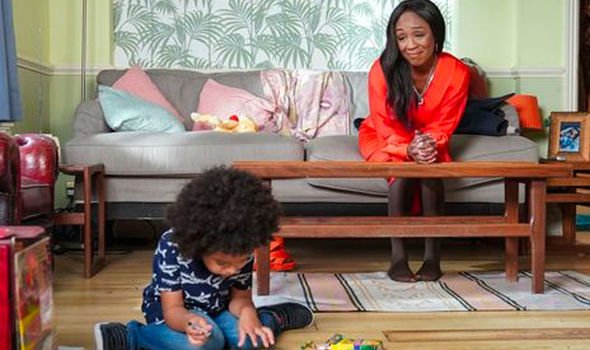 Arriving at the Queen Vic pub, however, Phil discovers his lawyer, Ritchie Scott (Sian Webber), is unable to help.

Despite their ongoing rift, Ben tells his father he is willing to help him find a new solicitor but the father-of-three walks out.

When Gray Atkins (Toby-Alexander Smith) lets him down too, the gangster has no choice but to accept Ben’s help.

The heir to the Mitchell empire hands over the information his father needs and it seems a custody battle will ensue.

Knowing her back is up against the wall, Denise could see no other option but to flee the Square with her child.

Although Phil has many convictions against his name and has committed a number of crimes, he has always done his best to cover his tracks.

Unfortunately, Denise has also had some troubles in the past but she hasn’t managed to keep it under the radar.

Not only has she got involved with a drugs plot, but she has also struggled with her finances, meaning she was unable to look after herself properly.

The gangster could bring all this up in court and leave the judges querying whether Denise should have sole custody of the child.

As a result, the beloved character could make a heartbreaking exit from the soap to ensure she doesn’t lose the toddler.

Taking to Twitter, viewers have been sharing their thoughts on little Raymond’s time on the Square and who he should live with.

One fan wrote: “Down that dark path that Phil has been down. I think Phil and Denise should come to some sort of agreement which states that Phil can see Raymond a couple of times a week then they can take things slow with him and see what happens then Raymond will have a routine.”

Another posted: “Why can’t Phil just talk to Denise? He has every right to want Raymond to know he is his Dad #EastEnders.”

Whilst a third commented: “Denise needs to allow Phil to see Raymond. He’s trying to prove that he’s changed despite his past.”

EastEnders is available to watch on BBC iPlayer.