Fans of the BBC One soap EastEnders will be gutted to hear another main character is set to be axed from the show this year.

Bosses have confirmed Mel Owen (played by Tamzin Outhwaite) will be booted off in the Autumn.

Her final scenes will air at the start if Autumn and be connected to the return of her jailed son Hunter (Charlie Winter).

But an exit was always on the card as Tamzin only signed up for a year’s stint.

Bosses told Metro.co.uk that while they couldn’t confirm how she will exit, it will be “explosive”.

Jon Sen, Executive Producer said: “We are extremely grateful to Tamzin for reviving the character of Mel Owen back in 2017, allowing EastEnders fans the chance to see one of Walford’s most popular characters take centre stage once more.

“Tamzin is an incredible talent who has set our screens on fire with her wonderful performances in some of our most iconic storylines.

“We wish her the best of luck for the future.” 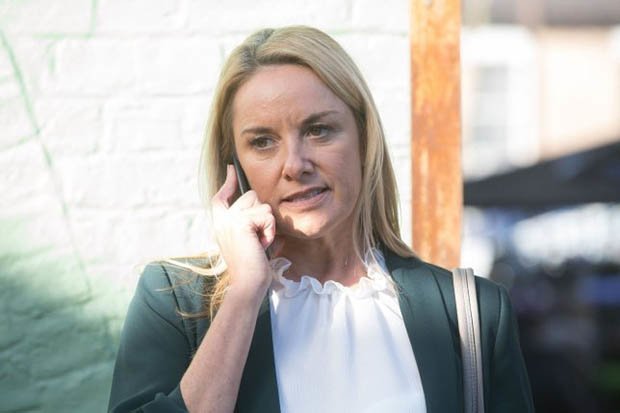 Speaking on her exit, Tamzin said: “When John (Yorke) asked me to return to EastEnders back in 2017, I jumped at the chance to play Mel once more but it was only supposed to be for a year.

“That year quickly passed and I agreed to stay on for another, but now the time feels right to once again pursue other challenges.

“I will, of course, miss so many people here at EastEnders, and I will forever have good memories of my time at the show, but I am also excited to experience new roles outside of Walford.”

Since she returned, Mel has been the centre of a number of brutal plots including tracking down the stolen money for Ciara Maguire, a relationship with Jack Branning (Scott Maslen), the death of bigamist Ray Kelly and her attempts to defraud Jack of his cash as revenge for Hunter being locked up.

But what goes so wrong for Mel that she has to leave?