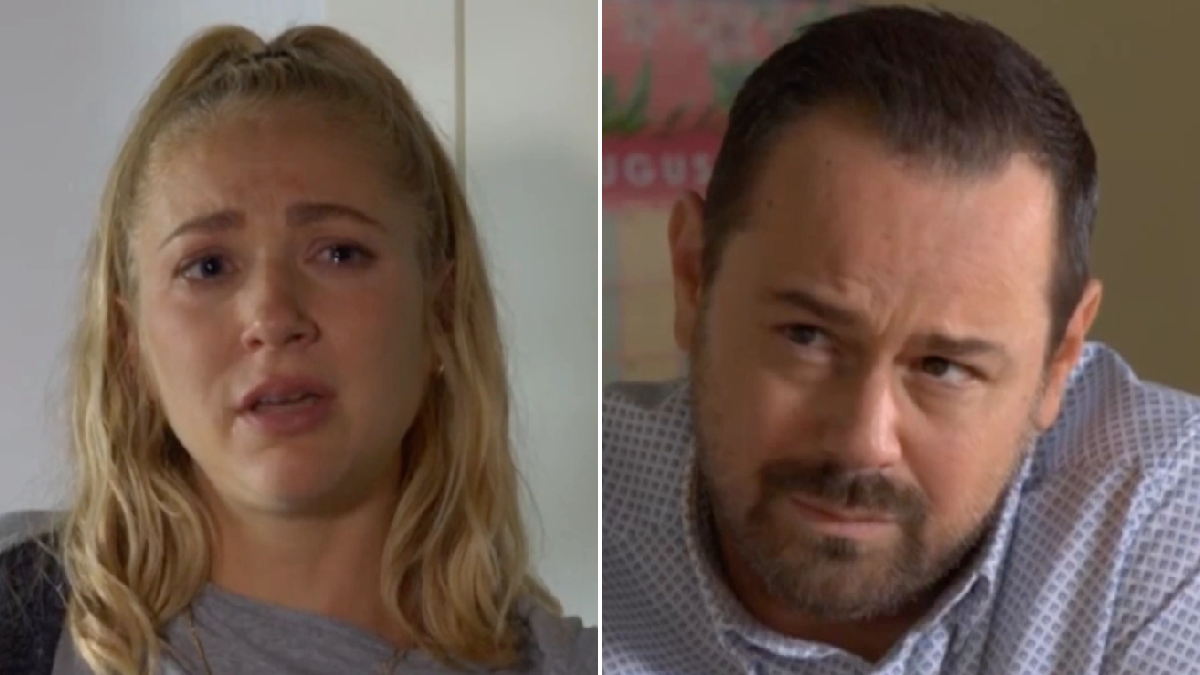 Nancy Carter (Maddy Hill) severed all ties with dad Mick (Danny Dyer) and sister Frankie Lewis (Rose Ayling-Ellis) in EastEnders tonight (September 3), after finding out all about their betrayal.

The 27-year-old was left reeling in last night’s visit to Walford, after Zack Hudson (James Farrar) confessed the truth about the hit-and-run that left her for dead.

‘It was me and Frankie!,’ he said, rendering her speechless.

The chef, who currently works at sister Sharon Watts’ (Letitia Dean) gym, was desperate to explain himself, revealing that Frankie was driving the vehicle on the night in question, and he kept shtum in order to protect her.

Nancy was utterly horrified to discover that he’d kept all of this from her, but it was the discovery that dad Mick knew the truth this whole time that really stung.

After finishing things with Zack, she returned to The Queen Vic to find Mick and Frankie on tenterhooks. It was clear the pair wanted to tell her something, and therefore Nancy played along with the charade, waiting to hear what they had to say.

Mick started to explain about how he wanted to tell the truth about the hit-and-run, but Frankie interrupted, confessing her crime to Nancy, before pleading for forgiveness.

It was at this point that Nancy dropped the act, revealing that she already knew everything.

Mick and Frankie were stunned to silence.

Nancy, meanwhile, demanded to know why Mick had prioritised Frankie’s feelings over her own, branding her sister a ‘twisted little liar’.

Frankie burst into tears, while Nancy headed off. Mick, however, followed her to the kitchen, hoping to explain his actions.

She refused to accept his apology and his excuses, but she did refrain from telling Linda (Kellie Bright) the truth.

‘I’m protecting my pregnant mother,’ she told Mick. ‘I couldn’t care less about you!’

‘I do mean it,’ she added. ‘You’ve made your decision. You chose which daughter to look out for!

Is this really the end of Mick and Nancy’s relationship?

The duo have, without a doubt, one of the greatest father and daughter dynamics in the history of soap – arguably only rivalled by that of Arthur and Michelle Fowler (Bill Treacher and Susan Tully) – so it would certainly be a shame if this bond was irreparably destroyed.

EastEnders continues Monday September 6 at 8:05pm on BBC One.