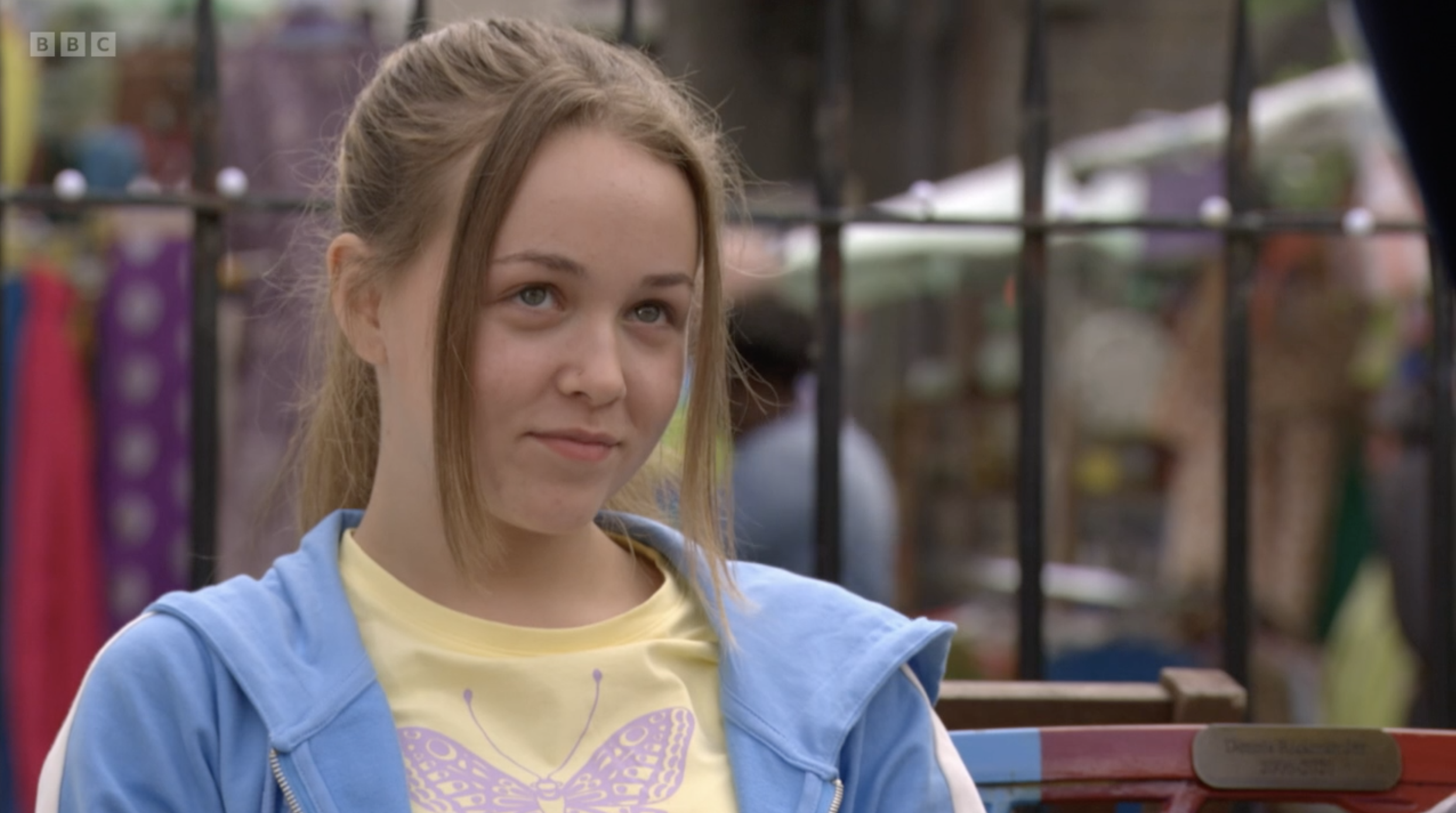 EastEnders has confirmed that Amy Mitchell (Ellie Dadd) will be okay, after she took drugs earlier this week.

The teen, desperate to impress newcomer Denzel Danes (Jaden Ladega), decided to take the drugs which Lily Slater (Lilia Turner) has nicked from the salon.

She subsequently admitted that she felt ‘floaty’, before collapsing to the floor, and losing consciousness. Jack (Scott Maslen) arrived in the nick of time, and an ambulance arrived to take his daughter to the hospital.

Accusations were made, with Denzel getting the blame for bringing the drugs to the park, as Lily kept shtum about being responsible.

Amy, meanwhile, regained consciousness in the hospital, and when Jack quizzed her on who owned the drugs, she claimed to not remember.

Jada was given the drugs by Stuart Highway (Ricky Champ), who she talked to in a bid to prevent him from taking them.

Stuart was grateful, and ultimately gave her the drugs to dispose of.

Amy, meanwhile, has been at the centre of a number of big stories, since Ellie Dadd took over the role.

An EastEnders insider told Metro.co.uk: ‘The recast decision is one that happens a lot with actors playing children growing up on soaps, as more adult storylines come into play.

‘There are some significant storylines ahead for Amy; the decision was not any reflection on Abbie, who is much loved among the cast and crew at EastEnders.’

EastEnders continues Wednesday August 24 at 7:30pm on BBC One, or stream the next episode right now over on BBC iPlayer.

Renee Zellweger Reveals the 'Judy' Scene That Made Her Stomach Flip

‘The White Lotus’: Aubrey Plaza To Star In Second Installment Of HBO Series

When does Strictly Come Dancing 2021 start?