Ian Beale (played by Adam Woodyatt) has been concealing a secret on EastEnders, which, if exposed, would ruin his life forever. One of the only people that know Ian was responsible for Denny Rickman’s (Bleu Landau) death is Dotty Cotton (Milly Zero) who has been threatening to expose him for months. She was arrested tonight at Ruby’s after Ian tipped off the police, but with the power firmly in Dotty’s hands, she could be about to expose the fiend once and for all.

Denny Rickman drowned earlier this year after Ian found out, the young boy had been the reason behind a nearly fatal attack on Bobby Beale (Clay Milner Russell).

To teach him a lesson Ian locked him below deck at the Queen Vic boat party, but the boat soon crashed and started filling with water, leaving him with no option but to try and get Denny out.

The key got stuck but Ian was able to get Denny out just in time, but it was still too late and as the whole of the bottom deck went underwater, Ian escaped but Denny drowned.

Ever since, Ian has been trying hard to conceal the devastating secret from his oldest friend and mother to Denny, Sharon Mitchell (Letitia Dean) who was broken in two when she found out Denny was gone. 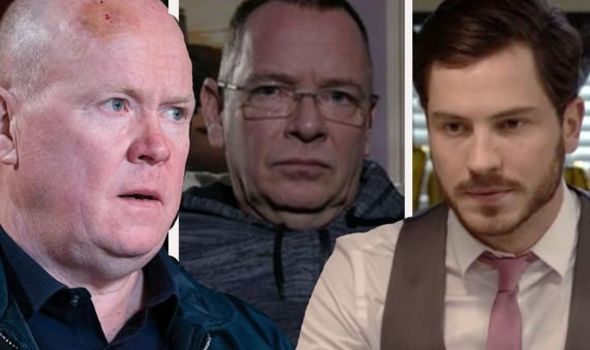 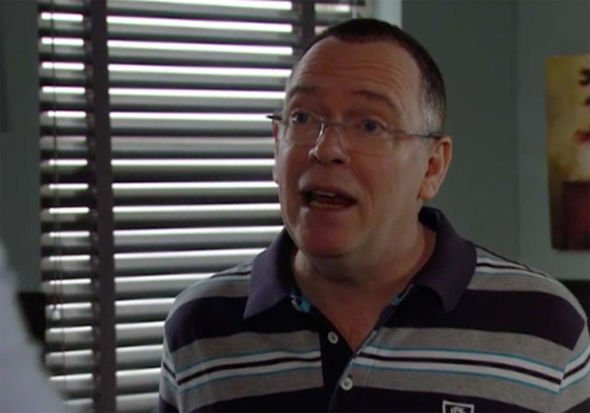 Ian has been supporting Sharon at every turn, but Dotty knows what really happened and has been threatening to expose him ever since.

But, when Ian deleted the only piece of evidence she had, Dotty had to take a step back.

In recent scenes, however, Dotty and Peter Beale (Dayle Hudson) were caught kissing.

Tonight, Ian knew this could only mean bad things for him and set about trying to put Peter off Dotty claiming it wasn’t fair on Bobby who also has feelings for the Albert Square trouble maker.

Ian said: “I just don’t want to see you and Bobby fighting over a girl,” but the advice stuck and Peter told Dotty they couldn’t see each other. 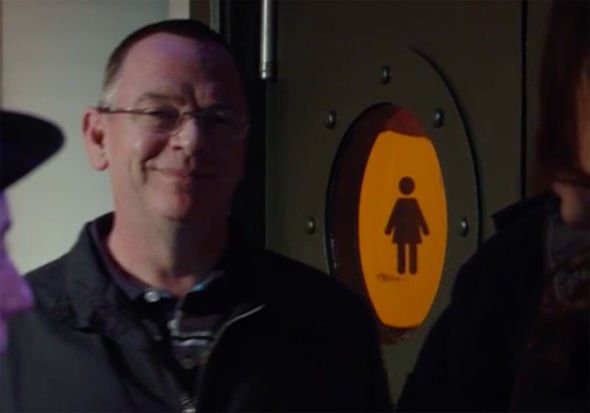 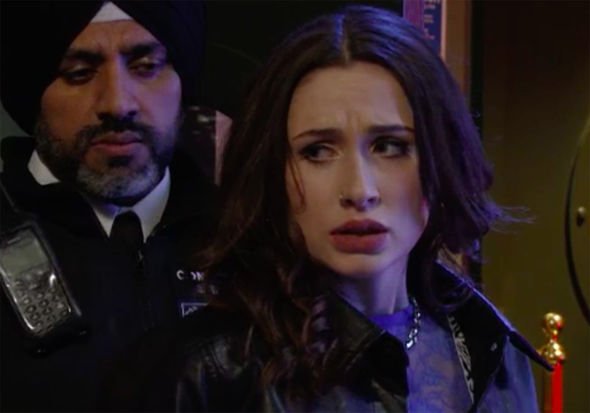 Later, Ian bumped into Dotty who was handing out flyers for a club night, and she said: “Wait, you’re more of a boat party guy right?

“Oh, how is Sharon? Maybe I need to have a little chat with her when I come over for my sleepover with Peter.”

Ian snapped back: “You think you’re so smart, don’t you?”

She quickly replied: “Smart enough that both your sons prefer hanging out with me rather than their sad liar of a dad. You’re pathetic.”

As viewers know, Ian and Dotty have both been plotting the other’s demise over the last few weeks, but tonight Ian got the upper hand once again.

Dotty is known for selling drugs at Ruby’s and despite promising Ruby Allen (Louisa Lytton) she would be good, she was caught outside by the police and the entire club was searched.

As Dotty was about to be patted down, the police officer tapped her on the shoulder and told her she had forgotten her bag, Dotty panicked and said there was nothing in it.

Just as this was happening, Ian turned up smirking and Dotty tried to run assaulting the police officer.

Dotty was arrested and as she was Ian uttered: “Dumped and arrested, not your day is it?”

However, Albert Square could be looking at more than just Dotty’s arrest as she finally comes clean about Ian.

Dotty knows how to bargain so she could use what she knows about Ian’s involvement in Denny’s death to lessen her punishment from the police.

But, with Sharon suffering terribly still, what will happen when she finally finds out who was responsible for her death?

Is this it for Ian Beale once and for all?

EastEnders airs on Mondays at 8pm and Tuesdays at 7.30pm.

‘For All Mankind’ Trailer: Apple TV+ Astronaut Drama Sends Women to the Moon

The Boys season 2 schedule: When will new episodes of The Boys be released?