EastEnders: Rainie agrees to let Bernie be her surrogate

Speaking exclusively to Express.co.uk, Bernie actress Clair Norris talked about what the future could hold for Bernadette. Although she didn’t give too much away, she made it clear that Molly (Juliette Alexandra) is unlike the other people in the EastEnders teenager’s dating life. Viewers of the BBC soap might see the young couple tie the knot if things continue where they’re headed.

Talking about Bernie’s love life, Clair said Bernie doesn’t have much confidence after people have let her down in the past.

She explained: “I think it’d be really interesting to see more about what Bernie wants to do in her life.”

On the subject of new love interest Molly, Clair admitted she brings out a different side to Bernie.

Bernie has already started to open up to Molly on big secrets and go to her for advice, even regarding her huge surrogacy plan, although she didn’t reveal it was about her.

But she cares enough to seek her opinion, and Clair said Molly is “a positive” in Bernie’s life. 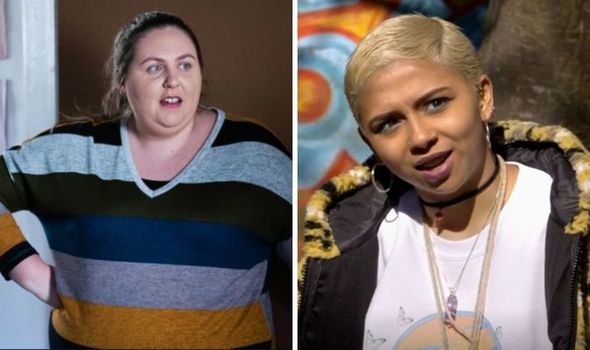 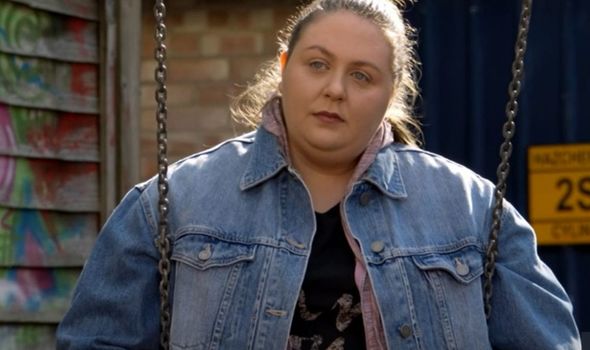 “Wherever it goes or doesn’t go – whether this is just a stepping stone into Bernie’s love life or if they’re serious or not, who knows,” Clair said.

“But it’s been really exciting to build and work with Juliette. She is something a bit different for Bernie.

“We haven’t seen this side of her, although we’ve seen her have a crush or her go on dates, it doesn’t really go anywhere or things are on and off.

“But this is happening to her in real life. I think the fact that actually somebody is interested in her surprises her and I think that’s all to do with her confidence and insecurities.” 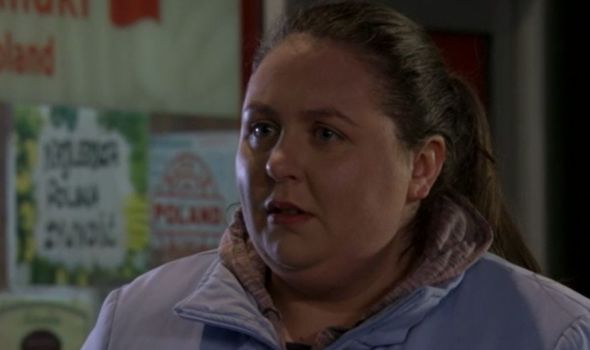 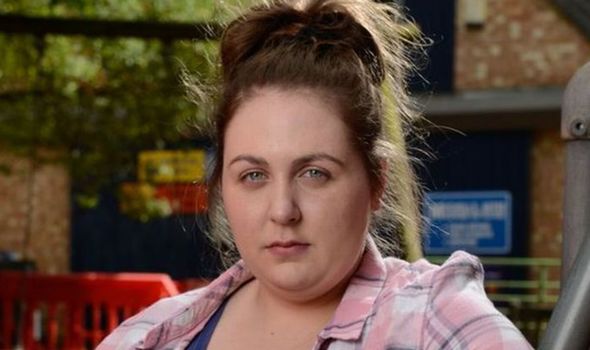 These hints towards a serious relationship between the two, coupled with Bernie approaching Molly for her views on surrogacy, seem to point towards a quick pace to the pair’s romance.

Clair also spoke about the struggles Bernie has faced, and how she now deserves something happier to focus on – could this be Molly?

“At the beginning, she had the teenage pregnancy, then she lost the baby,” Clair explained.

“She’s touched on a lot of difficult topics and now she has a new life going on, she’s making her own huge decisions with the baby storyline, and there’s Molly.”

Clair said her favourite scenes so far were the ones where Bailey took part in Pride.

“I really, really enjoyed filming that, and we all still speak about it to this day,” Clair said.

“It was such a good story and just to see everyone come together – it was really magical and felt so real.”

A wedding between the two would be even more cause for celebration in Bernie’s life, and although Molly was opposed to the idea of surrogacy, she had no idea Bernie was talking about herself.

When she finds out, she is bound to support Bernie and stand by her, despite it being a huge thing to take on and something that is likely to come between their relationship as Bernie carries a baby.

If they can overcome this hurdle, the couple could definitely end up getting married.

In the time Molly has known Bernie, she has unwittingly stolen her dog before returning it, and also faced the tragedy of trying to find missing 10-year-old Bailey Baker (Kara-Leah Fernandes), who Bailey’s mum Karen Taylor (Lorraine Stanley) is like a mother too.

With Molly helping her through such hard times, and potentially the upcoming pregnancy, they probably want to plan for something happy in the future.

But upcoming episodes see another spanner in the works for Bailey, as she gets some more bad news.

Rainie Highway (Tanya Franks) goes with Bernie to her doctor’s appointment but the doctor tells her there are a few factors that may mean complications with a potential pregnancy.

Bernadette desperately tries to convince Rainie it will be fine, but Rainie is unsure, they only have one chance.

She agreed to surrogacy because her family is desperate for money, will her chance to help get them out of the crisis be taken away from her?

EastEnders continues on Friday at 8pm on BBC One.

Why Has Hollywood Still Not Given Pioneering Black Filmmaker Oscar Micheaux His Due?

'Stranger Things' Season 4 Teaser Flashes Back to Eleven's Dark Past