Chelsea (played by Zaarah Abrahams) has caused a whole heap of trouble since she made her comeback to EastEnders on Christmas Day. Her relationship with Denise (Diane Parish) has also been quite turbulent as the women seemed to have very different views on serial killer Lucas Johnson (Don Gilet) returning to the Square. However, the pair could be torn apart by a different man if Chelsea discovers she is pregnant after a one-night stand with her mother’s boyfriend, Jack (Scott Maslen) in upcoming scenes on the BBC soap.

The drama kicks off next week when Denise tries to talk with Jack, who knows his partner is hiding something from him.

As the mother-of-three helps her daughter with some trouble she’s got herself into with an organised crime group, she’s not been able to tell her detective boyfriend anything.

With her shady behaviour raising eyebrows and the police officer asking more questions, Chelsea tells her mother she’s not happy with Jack sniffing around.

Later on, it’s Lucas who offers a listening ear as he asks his ex-wife why she hasn’t told her boyfriend about what’s going on with their daughter.

Following this conversation, Denise decides to shed some light on the matter for her partner, believing he could be useful in her mission to save Chelsea. 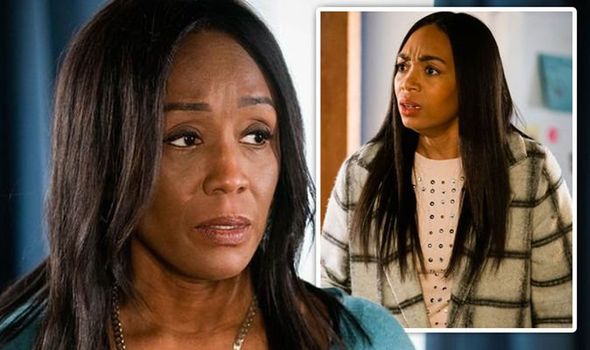 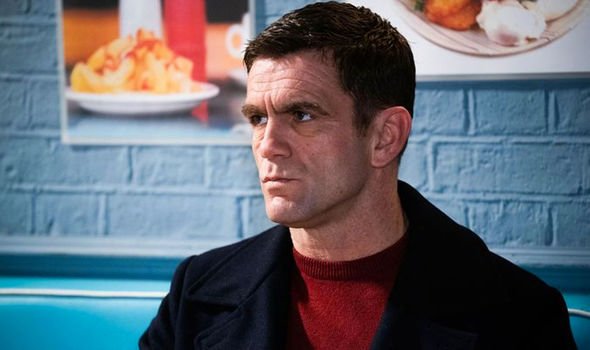 However, he’s not happy at all when he discovers his partner is involved with an organised crime group but he promises to keep the intel to himself.

After hearing about Denise’s predicament, Jack pleads with her to go to the police and if she doesn’t, he will break his promise.

Knowing she might have made a mistake, the mother-of-three tells her daughter she has told Jack and Chelsea is left furious.

The troublesome character then begins a mission to track down the detective and when she finds him walking into the station, she turns on the charm. 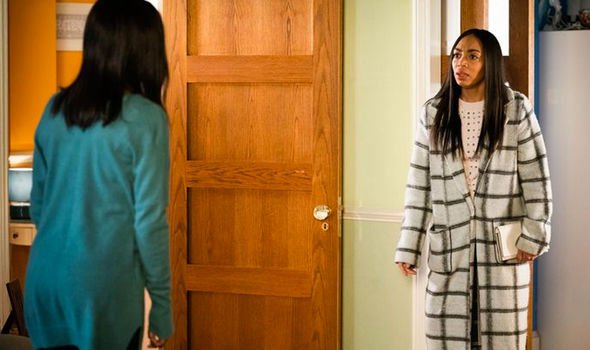 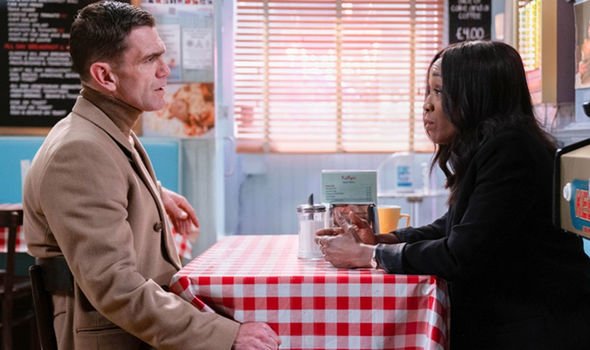 She still holds a torch for him

Chelsea manages to convince Jack to have a drink with her at Ruby’s so she can explain why she got herself into such a mess.

One thing leads to another and it’s not long before Denise’s daughter begins talking about the relationship she and the detective shared years ago.

The pair were quite the couple and it resulted in the troublesome character thinking she had fallen pregnant with Jack’s child.

Unfortunately, the news couldn’t have come at a worse time as he told the expectant mother he was in love with Ronnie Mitchell (Samantha Womack).

Denise’s daughter failed to tell the father of her baby she was pregnant but a twist in the tale saw Chelsea realise she wasn’t pregnant after an unfortunate mix-up.

Sometime after this, the troublesome character decided to leave the Square but now she’s back and Jack is still on the Square, she might take her chance to relight the spark between them.

This time, he is her mother’s boyfriend but Chelsea isn’t one to hold back from getting what she wants, whether she has to betray Denise or not.

If she does manage to coax her former lover into bed after one drink too many, will she fall pregnant for real this time?

Jack would be horrified to discover he is expecting a child with his girlfriend’s daughter as he has fallen in love with Denise.

Could this be the end for the beloved couple and will the mother-of-three cut ties with her eldest daughter for good?

The actress who plays the troubled character, Zaarah, has said of her alter-ego’s feelings for Jack: “She doesn’t really feel much, she knows that he’s protecting the family at this stage.

“I think she still holds a bit of a torch for him. But who knows,” she added so there could be potential for the pair to betray Denise and begin their own romance.

EastEnders continues Thursday at 7:35pm on BBC One.

EastEnders spoilers: Tiffany Butcher takes revenge on Dotty as she makes a move on Keegan?

'Searchers' Review: A Dating App Documentary About the Quest for Connection [Sundance 2021]