EastEnders resident Ian Beale (played by Adam Woodyatt) was found by his closest friend Sharon Mitchell (Letitia Dean) unconscious on the floor of the beloved Queen Vic pub which the former had bought earlier this year in order to stop Phil Mitchell (Steve McFadden) being able to do so. Tuesday’s episode saw Ian wake in hospital but as he ponders whether the moments he was sharing with Sharon may have been his last, some viewers of the BBC soap think he will finally tell her what really happened to her son Denny (Bleu Landau) before he died earlier this year.

Ian has been living in fear Sharon will find out the truth about leaving Denny trapped onboard the boat after it crashed back in March.

But it seems he could let it slip after the potentially fatal injuries he has received from a secret culprit.

Ian was told by Ash Panesar (Gurlaine Kaur Garcha) he had a bleed on the brain after begging her to tell come clean about the extent of the damage.

This seemed to prompt Ian to rethink some aspects of his life as the news made him believe his days were numbered. 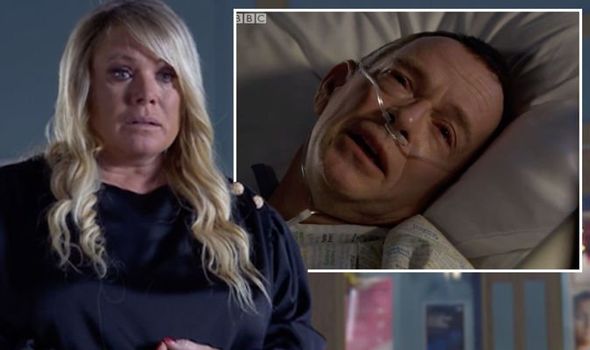 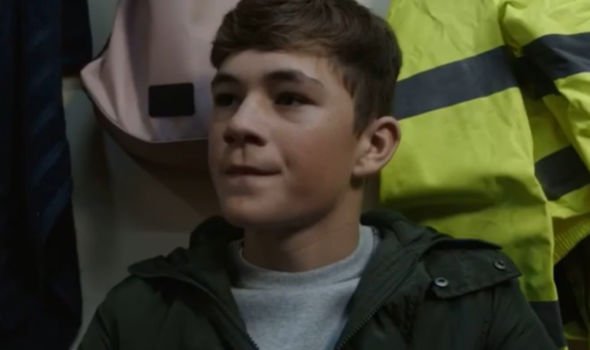 Some fans were sure Ian’s returning conscience was about to lead him to make the ultimate confession.

Convinced he was on his deathbed, he told her: “This is the end, what am I leaving behind Sharon?

“My boys, they both hate me, they’ll be better off without me… and you, you’re the best friend I ever had.

“I want to know you’re going to be okay. I want you to have the pub, it’s all yours, Sharon, I’m serious, my boys they’re going to be well taken care of.” 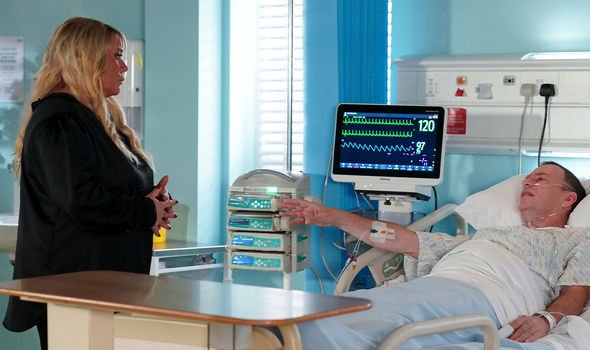 EastEnders: Sharon finds Ian on the floor of the Vic

But he went on to make a very unexpected proposal by asking Sharon to marry him after offering her the Queen Vic.

“All I’ve ever wanted is to cushion your life,” Ian said. “When I told you I loved you, I’ve never stopped loving you, I’ve always loved you.

“I know you don’t feel the same way about me but please, let me take care of you, Sharon, will you marry me?”

After the episode, fans took to Twitter after Ian’s shock proposal, believing he could have been about to say something very different.

One commented: “He’ll tell Sharon what he did and then she’ll smother him lol #eastenders.”

Another noted: “#EastEnders Ian’s gone Christian all of a sudden. The bump on the head has made him all remorseful and full of regret.

“But will that push him to tell the truth to Sharon about Denny? It’s all an act Ian will put on the sympathy vote for a while yet to keep himself in the clear.”

A third echoed: “Omg I can’t be the only one who thought Ian was going to confess about Denny not give Sharon the Vic #eastenders.”

“Ian, are you going to tell Sharon about trapping Denny in the boat? #EastEnders,” agreed another fan.

A fifth viewer weighed in: “He’s going to tell Sharon about Denny, then survive…#EastEnders

It comes as other watchers of the soap believe Sharon could well have been the person behind the attack on her best friend in a huge twist.

But who will ultimately be exposed as responsible for trying to kill Ian?

EastEnders airs Mondays and Fridays at 8:05pm and Tuesdays and Thursdays at 7:35pm on BBC One.