Rainie (played by Tanya Franks) had sought refuge with the Beales after her prostitution scam with Stuart Highway (Ricky Champ) went wrong on the BBC soap.

She had made off with £75,000 of Jack’s (Scott Maslen) money as well as the infant, but the cash was soon stolen from her while she was holed up in a hotel.

The former drug addict had been hiding out in the Square although tonight saw Stuart bring Jack to her because she had a proposition for him.

On this evening’s episode of EastEnders, Rainie told Jack that she’d offer him an alibi in exchange for him not going to the police about the stolen money.

Jack was hauled in by the authorities over the assault of Tiffany Butcher’s (Maisie Smith) rapist Fraser, so could face jail time.

Jack complied with her but while Rainie hoped Jack wouldn’t hand her over to Max (Jake Wood), she was wrong.

The pair had a fiery confrontation in the Square as Max struck Rainie before Kathy Beale (Gillian Taylforth) came running over.

Max began to charge over to see baby Abi but Kathy warned that she wouldn’t let him whilst he smelt so strongly of booze.

Instead of focusing on sobering up at home, Max hit the bottle again. 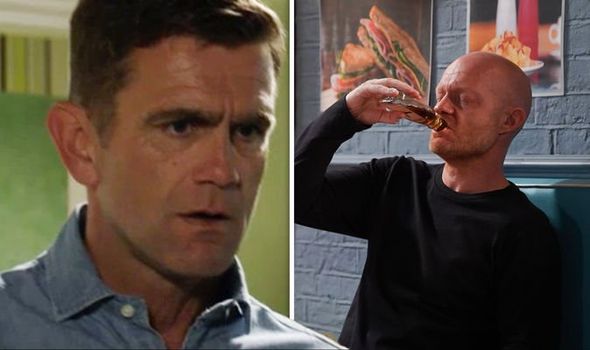 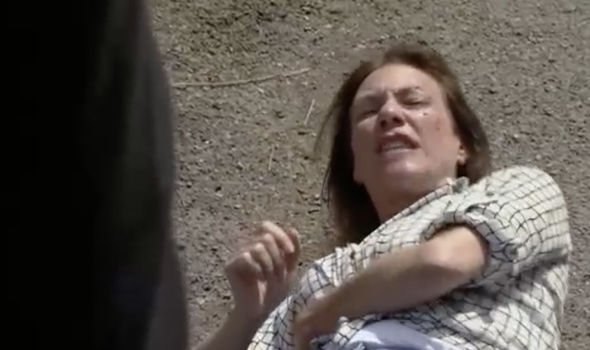 You got what you wanted

Jack questioned: “Are you sure that’s a good idea? You heard what Kathy said.”

“I’m not going to believe a word that comes out of her mouth am I?” Max retorted.

But Jack urged: “Knock the bottle on the head, you get Abi back.”

“You don’t care anyway,” Max hit back as Jack asked: “What’s that supposed to mean?”

“You got what you wanted, ain’t you? A little alibi,” he explained.

“You need to get your head straight,” Jack stated as Max replied: “Don’t tell me what I need. Stay out of my business, alright?” 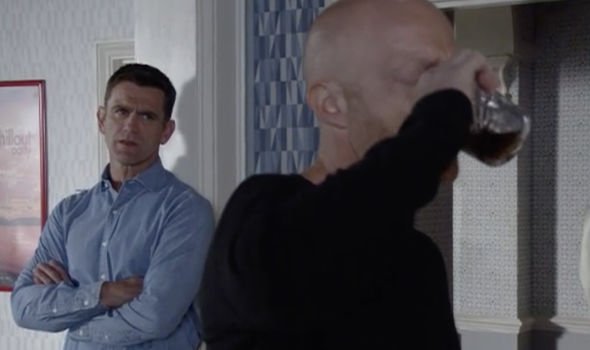 Jack looked on at his brother, clearly concerned at what he was doing to himself by drowning his sorrows.

Max is clearly very bitter about the whole situation and he doesn’t seem impressed that Rainie and Jack struck a deal.

Could it lead to him handing over his own brother to the police over the lie?

Max would know that Rainie could get in a lot of trouble for lying for Jack too, and it could also expose her theft.

While Max has relied on Jack during his Abi sagas, his head is clearly all over the place so there is no telling what he could be capable of.

Will he hand Jack in to get at Rainie?

EastEnders continues tomorrow at 7.30pm on BBC One.

'The Masked Singer' Week 3: The Biggest and Best Moments of the Night!

NCIS season 20 release date: When is NCIS back on?

What time is Strictly Come Dancing on BBC One tomorrow and is it a Halloween special?