KUSH Kazemi pushes evil Leo King off the Prince Albert balcony after he puts his hands on Whitney.

Leo’s seduction of Whitney Dean turned out to be an elaborate revenge plot after she realised he was the son of her childhood abuser. But despite warnings from the other stallholders, the twisted character is refusing to leave Walford. 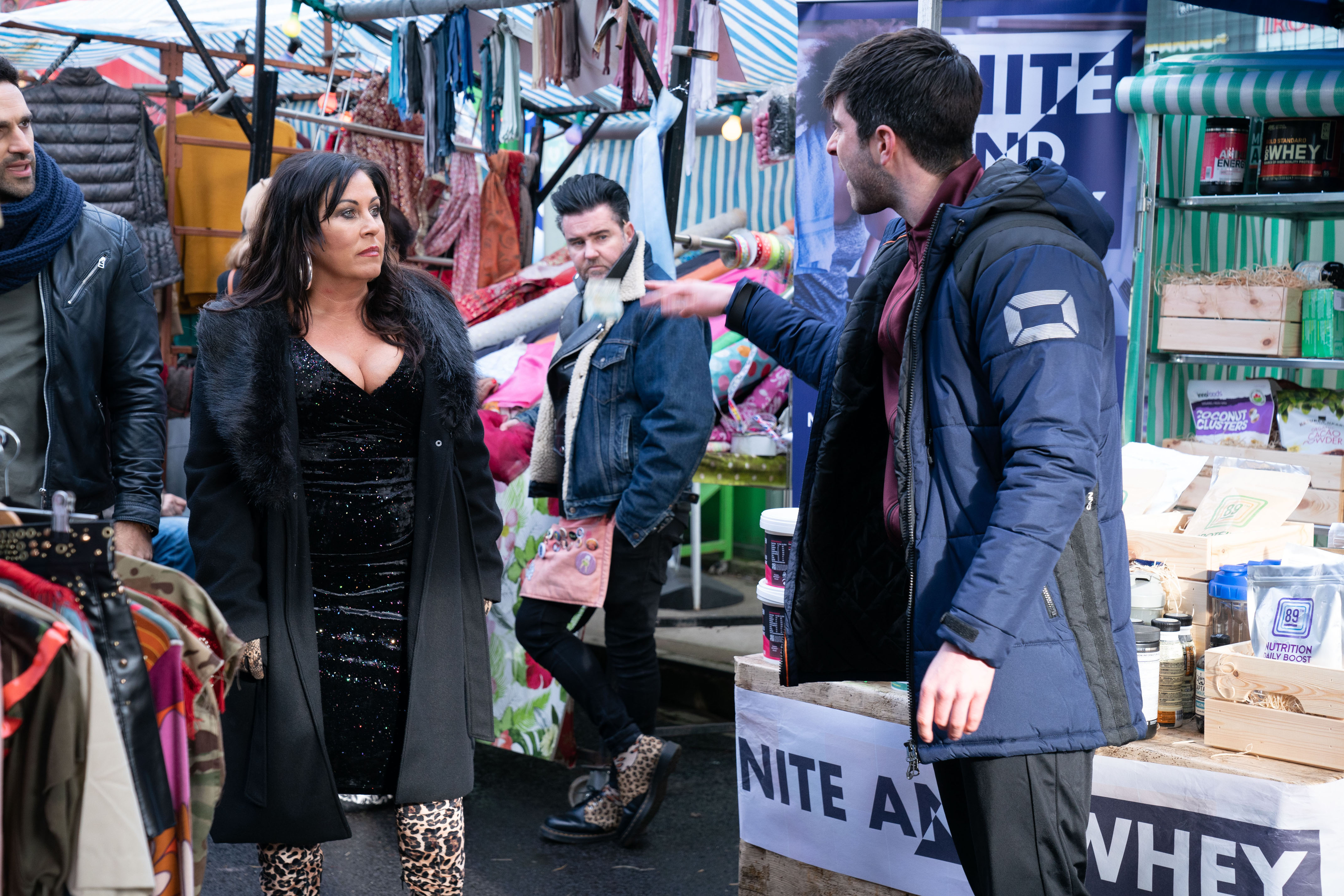 EastEnders fans knew there was something creepy about Leo right from the start after he followed Whitney to her honeymoon destination and they were right – he’s the son of paedophile Tony King.

Leo swooped in while Whitney was still heartbroken and seduced her when they were back in Walford, in an attempt to get revenge on her for his dad’s death.

The creepy storyline came to an explosive head when Leo trapped Whitney in a hotel room, after a phone call informed her of his real identity. 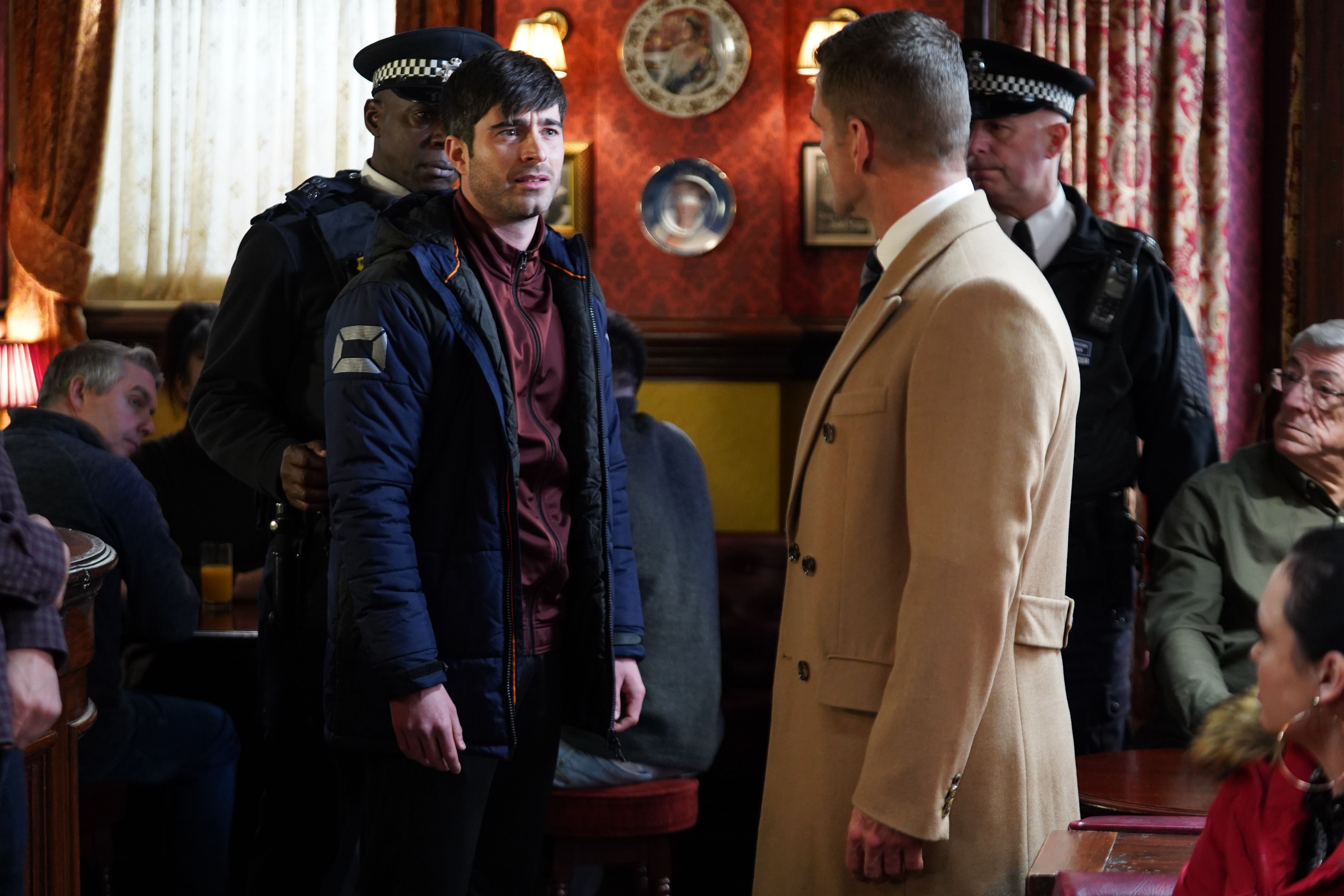 To make matters worse, Leo has since set up a stall with the name ‘Nite And Whey’ – an anagram of Whitney Dean – on the Square in order to keep stalking her.

EastEnders fans know that Whitney swapped jobs with Kat to try and avoid him, but the monster won’t stop following her. 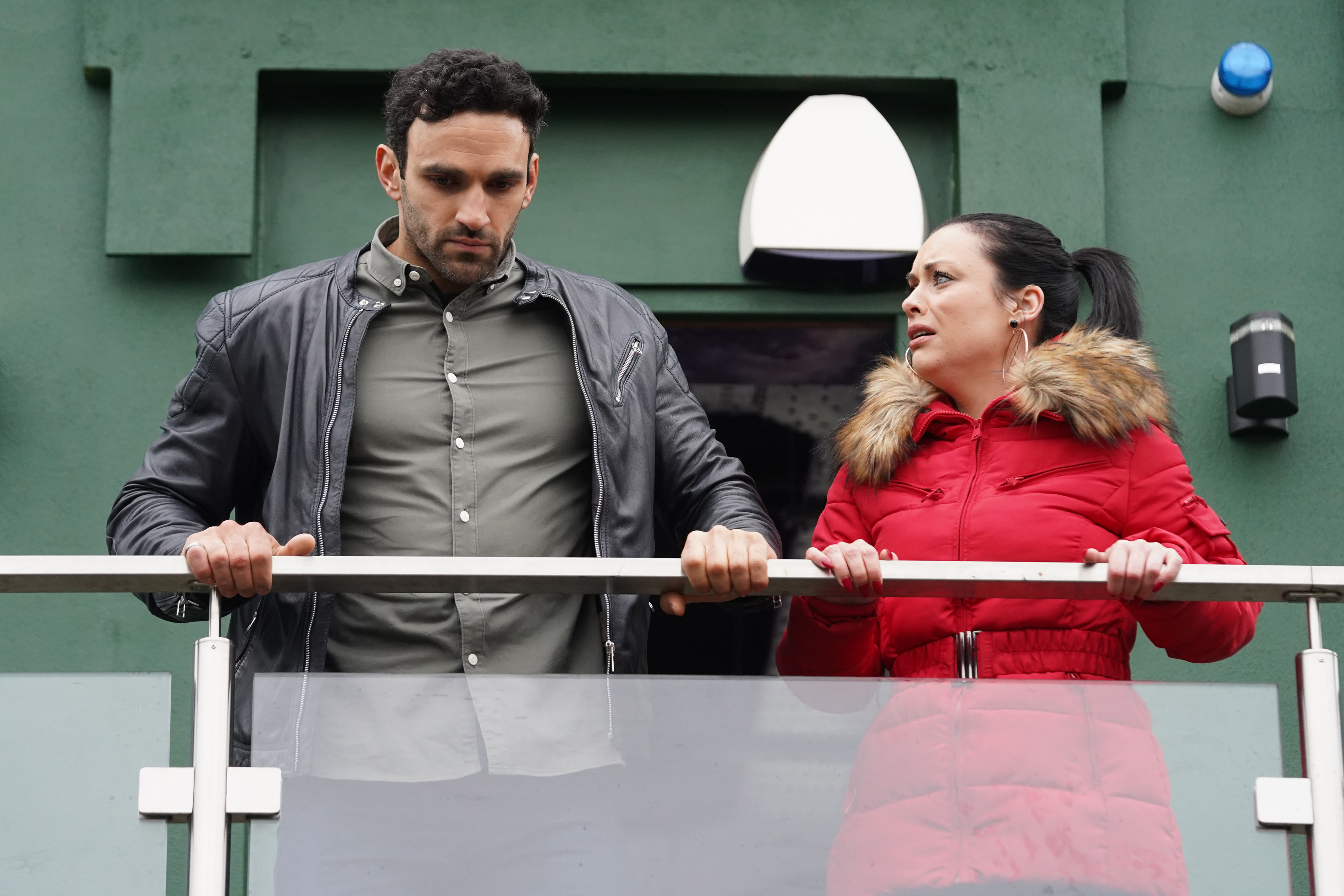 In an upcoming episode, Leo continues to cause trouble on the market and when he spots Kat he can’t help spouting abuse at her.

Kat explodes and rips Leo’s stall to shreds in retaliation.

After the drama, Kat, Khush and Martin eventually calm down in the Vic and reassure Whitney.

But it all kicks off when Leo pops up with his creepy smile.

Leo is shocked when he’s taken away by the police, and Kat cheers and suggests they all celebrate at the Prince Albert.

Later, Whitney begins to relax but things quickly get out of hand when Leo returns.

Leo is desperate to chat but as he grabs her, Kush is quick to intervene.

Disaster strikes when, during a fight, Kush accidentally pushes Leo over the balcony.

Everyone reels at the Prince Albert in the wake of the tragic accident, and Whitney races over to Leo as the paramedics arrive.

Married at First Sight spoilers: Bryce drops a HUGE bombshell on his honeymoon with Melissa – leaving her horrified