Ted Murray (played by Christopher Timothy) and Wanda Baptiste (Anni Domingo) have sailed into the sunset in tonight’s instalment of EastEnders as Ted decided to join his new friend on her trip around the world. Despite Denise Fox’s (Diane Parish) initial apprehension, she gave Ted his blessing and wished him on his way. However the hairdresser now suspects he could be in danger on the BBC soap.

After warning Ted to really think about his decision, Denise and Wanda came to an understanding.

Wanda began: “Denise, I want to thank you for having Ted’s interests at heart, you’re a good friend.”

“I just didn’t like it when you said he had nothing left in Walford,” Denise replied.

“That was wrong of me,” Wanda remarked. “To be honest I’m being a selfish woman, it’s hard to be alone, to be without companionship. 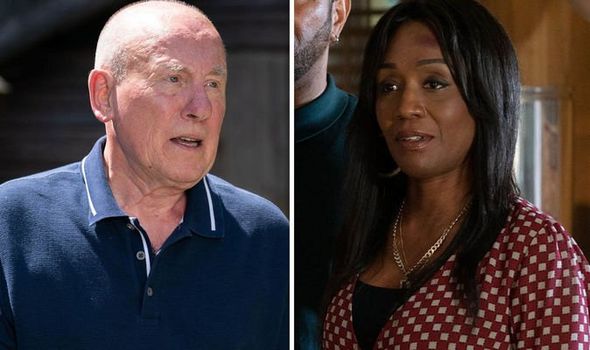 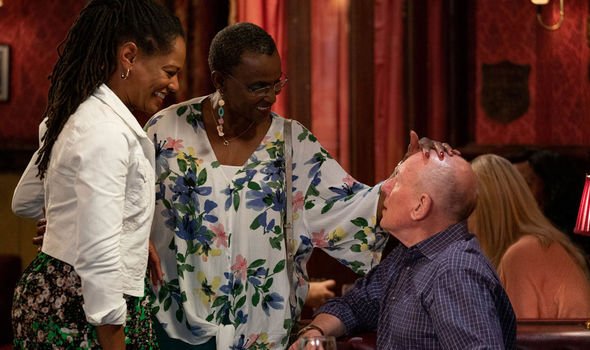 “Let me tell you something last night we sat on his sofa watching a stupid old film we’d seen a thousand times.”

“Well I suppose that’s all that matters,” Denise lamented before wishing Ted good luck on his journey.

Denise and Wanda then discussed how the new arrival had the money for such an extravagant trip. 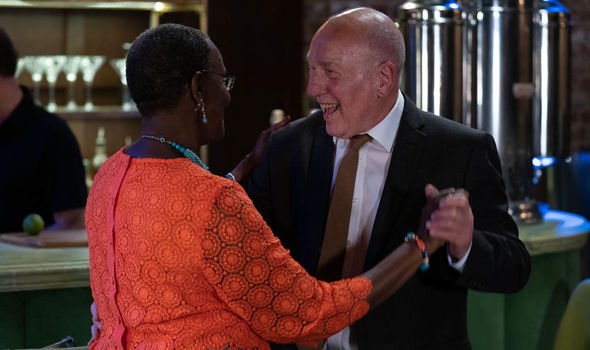 “It’s going to cost you, your ex-husband must have been a very rich man,” Denise remarked.

Wanda said: “Not at all but I made sure he had a very good life insurance.”

Denise laughed the comment off but later on a few choice words from Sheree Truman (Suzette Llewellyn) raised he suspicions.

The pair waved Ted and Wanda off as they left Albert Square in a black cab to begin their journey abroad.

Denise told Sheree: “I’m a bit jealous of your relationship with your mum.”

“I’m just glad she’s happy again after the trial she was miserable for months,” Sheree revealed.

Sheree explained: “Just a misunderstanding over the death of her last husband but thankfully it all blew over.”

Emmerdale spoilers: Robert and Aaron go on the run in double exit

EastEnders spoilers for upcoming episodes confirm Denise begins to suspect Wanda may not have Ted’s interests at heart.

However she realises she’ll need proof before anyone will take her seriously.

Was Wanda responsible for her ex-husbands death, and could Ted suffer the same fate?

Meanwhile, Martin Fowler (James Bye) and Ben Mitchell (Max Bowden) are set to clash when he returns to the Square.

EastEnders continues Monday at 8pm on BBC One.

Do Netflix Fans Even Want Another Adam Sandler Movie?

Martin Fowler returns to EastEnders after discovering that Bex is dead?