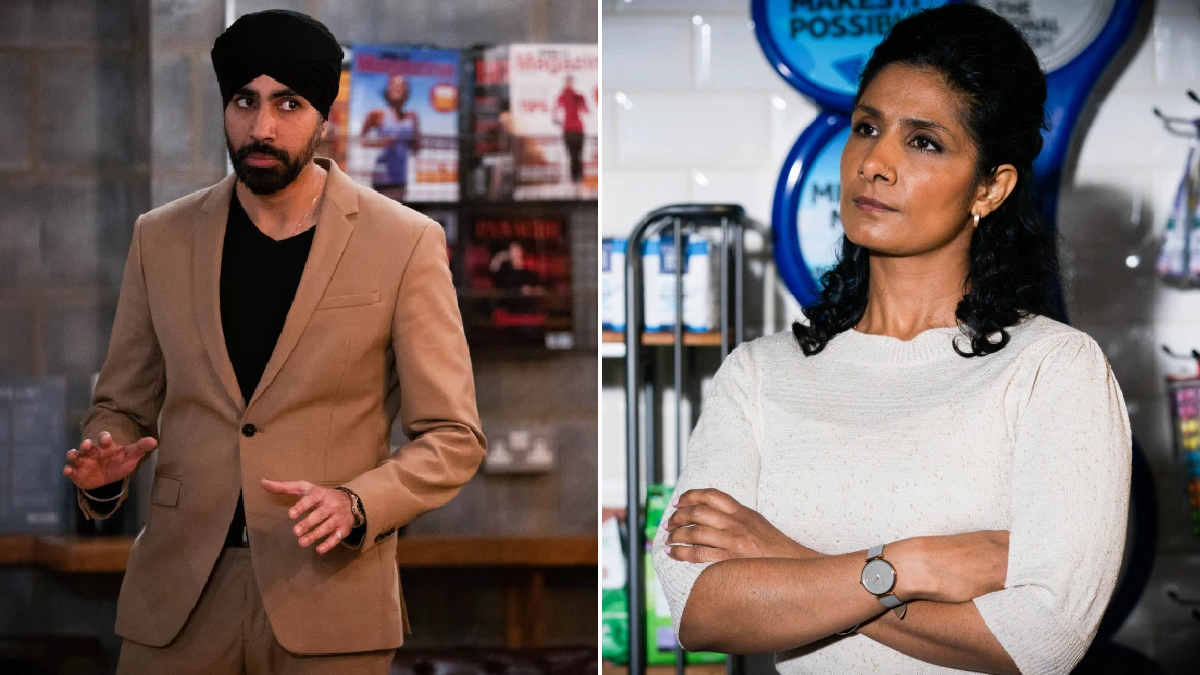 Suki Panesar (Balvinder Sopal) will return to Walford in the coming weeks to discover son Kheerat (Jaz Deol) is in a relationship with Sharon Watts (Letitia Dean) in EastEnders.

Suki doesn’t have the best track record when it comes to welcoming her children’s partners into the family.

In the past, she’s clashed with Iqra (Priya Davdra) and her anger that Jags was in a relationship with Habiba escalated so much she had Jags wrongly arrested for Martin’s (James Bye) attack!

As Suki arrives back in Albert Square, Kheerat later discovers she’s gone behind his back and is now in business with dodgy Stas (Adam Young).

Stas put Kheerat’s life in danger the last time they met, and ahead of the scenes where Kheerat learns what Suki has been up to, Jaz Deol has revealed his character’s reaction:

‘It’s deep and cold rage masking his hurt that his mum went behind his back’ he explains.

‘When this happens, it’s definitely a turning point in their relationship. It’s almost reversal in their parent and child relationship. He knows that what she did was completely wrong.’

It’s not just the news about Stas that Kheerat has to process, as he’s also got the small matter of dealing with Suki’s reaction to Kheerat and Sharon’s relationship.

But does Kheerat even care what Suki thinks? Jaz gave his thoughts:

‘It’s safe to say that she doesn’t react well. She’s a tiger mum after all, I think Kheerat does care what she thinks because she’s not only his mum, she’s his business partner too.

It’s obvious to everyone that being intimate with Sharon, will cause more problems with the Mitchell’s.’