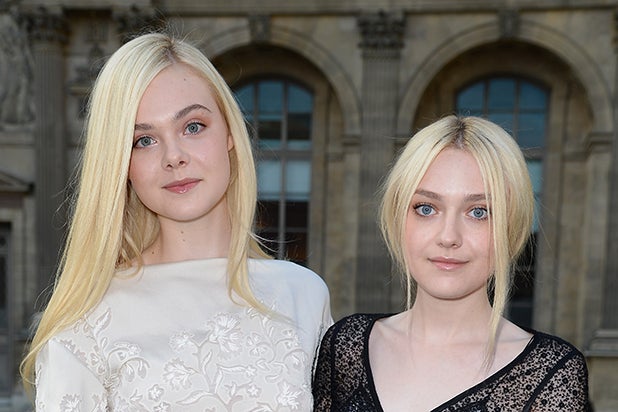 Dakota and Elle Fanning have launched a new production company and signed a first-look deal with Civic Center Media and MRC Television, the company announced Thursday.

The first project in the works under the agreement is an adaptation of Megan Miranda’s bestselling novel “The Last House Guest.” “Wentworth’s” Sarah Walker is attached as writer and executive producers on the crime thriller series about “an intimate friendship between two girls who fall violently in love with each other’s differences, which, in the end, create doubt, betrayal and tragedy.”

The Fanning sisters will serve as executive producers on the project via the newly formed Lewellen Pictures banner, alongside Brittany Kahan Ward and Mary Jane Skalski of Echo Lake Entertainment.

The deal expands the Fannings’ relationship with MRC Television, which produces Hulu’s “The Great,” for which Elle received Golden Globe and Independent Spirit Award nominations.

“Elle has brought such perspective and thoughtfulness as an executive producer on ‘The Great,’” MRC TV president Elise Henderson said. “We are excited by the vision she and Dakota have for Lewellen Pictures and for MRC Television to provide a home for the stories they will tell.”

“We are thrilled to be launching this company together and to be teaming up with MRC who have been excellent partners on ‘The Great,’” the Fannings said in a joint statement. “Our goal is to tell stories, through comedy and drama, which are authentic to the human experience, and not just from our own perspective. We also want to create content that we wouldn’t be able to make just as actors. We can learn so much when we look outside our specific points of view.  We have been fortunate to work with many brilliant storytellers and hope to continue that track while also providing opportunities for many more.”

‘Dancing With The Stars’ Slips But Tops Tuesday Ratings; ‘Cosmos’ Returns To Orbit For Fox

Elizabeth Olsen Loved Exploring Wanda as a 'Mama Bear' Through Tense 'WandaVision' Moments, Even Though It's Mostly Comedy (So Far)