The cafe owner – who is played by actress Lesley Dunlop in the ITV soap – discovered Cathy was responsible for bullying April Windsor online after a clash with Rhona Goskirk. 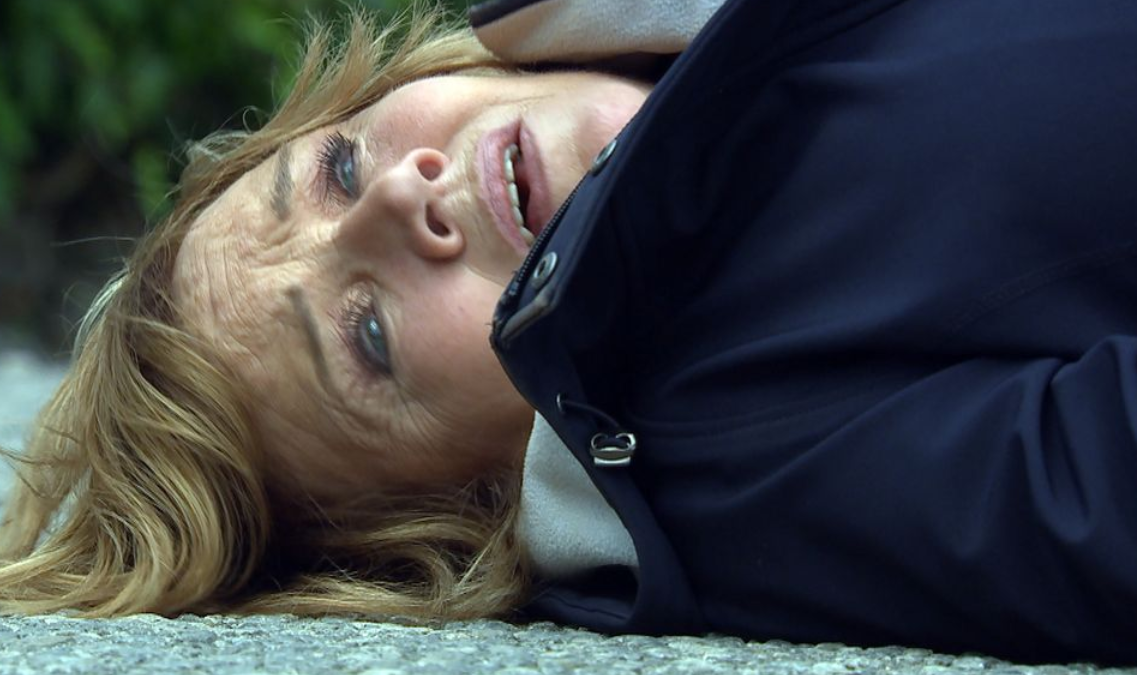 Rhona went to grab Cathy to stop her running away but she struggled out of her grasp.

Brenda thundered up screaming at Rhona to get off her daughter.

However the two woman ended up brawling in the street with Rhona landing an elbow to Brenda’s face and sending her sprawling onto the floor.

The pair were stopped by the shock fall – by Bob’s shouting and Rhona left.

“This is not over,” Rhona said to Cathy.

But then as Bob laid into Cathy for her vile behaviour, Brenda tried to stop him and defended her.

Viewers were completely disgusted with Brenda and there was worse to come as she summoned the police.

“I’m afraid an allegation of assault has been made against you Mrs Goskirk by a Mrs Brenda Walker,” the officer said as he took Rhona in.

Rhona was arrested for assault after Brenda’s actions and charged with common assault leaving viewers furious.

Another added: "Brenda is out of her mind. No wonder the kids are out of control."