Eric (played by Chris Chittell) has always has had his wits about him and on the odd occasion, this has got him into a whole load of trouble. The pensioner was seen acting on his initiative earlier this week on Emmerdale as Aaron (Danny Miller) broke into the barn conversion and the ITV soap veteran hit him around the head with a cricket bat. What he didn’t realise was the loveable rogue was returning a brooch Mackenzie Boyd (Lawrence Robb) had stolen from the property. With Aaron admitted to the hospital and trying to work out how the piece of jewellery had made its way back to the house, Eric could start to believe he is suffering from dementia.

Unfortunately, it didn’t go completely to plan as he was carted off in an ambulance but he had achieved his goal in returning the piece of jewellery.

“Must have been tough filling out that statement,” the village heartthrob remarked, with the soap veteran hitting back: “On the contrary.

“I took great pleasure in hanging [Aaron] out to dry,” he continued, before opening a drawer and finding the piece of missing jewellery inside. 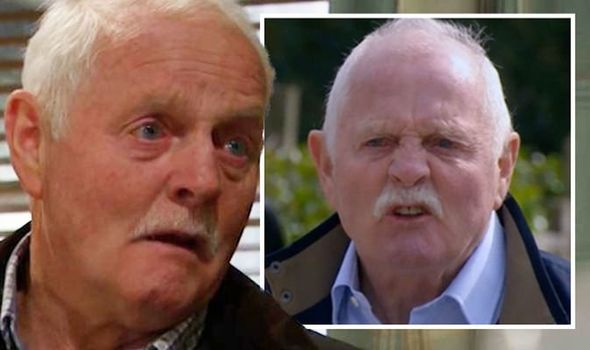 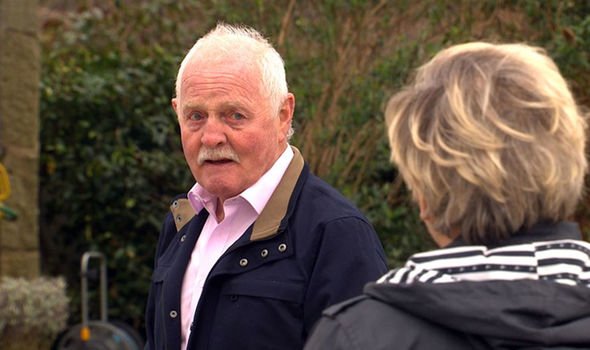 “This was not there,” Eric declared, with his son replying: “Please tell me that’s not what I think it is. Oh, great.

“What if you were wrong about Aaron as well?” the village heartthrob asked his father, who fiercely defended himself.

“Don’t be ridiculous. He’s a thief. I saw him with my own eyes,” Eric hit back, with David telling him they were the “same eyes that thought the brooch had been stolen.”

Getting angrier by the second, the pensioner explained: “That was not there 24 hours ago,” but his son still wasn’t buying his excuses.

“So why is it there now?” David enquired and his father didn’t respond as he couldn’t make head nor tail of it himself. 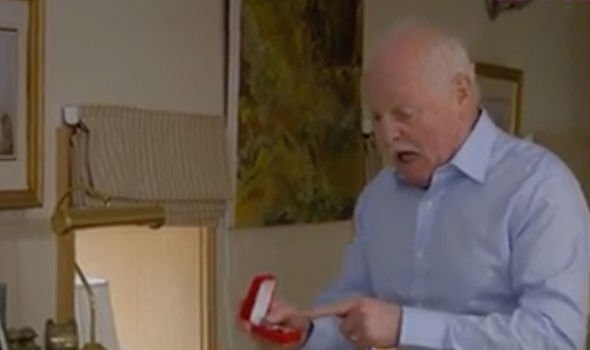 What with him accusing Faith and now thinking he might have forgotten where the piece of jewellery was, he could start to think he is suffering from memory loss.

Attending a doctors appointment in the near future, the pensioner could express his concerns he has the onset of dementia.

The medical professionals would have to run a series of tests to see if there was any possibility he could be living with the condition.

Fans could be shocked to discover he does have dementia, despite the truth about Aaron’s involvement in returning it being explained in the future.

It seemed David was worried about his father’s wellbeing as he paid a visit to Brenda later on in the episode.

The village heartthrob told her: “My dad, I’m sure you heard what happened, he’s putting on a brave face and funnily enough, we’ve just been talking about your brooch.”

Brenda replied: “That again, I’ve come to hate that word,” referring to the mystery surrounding its disappearance last week.

Needing to get a grasp of whether his father is beginning to forget, the young man asked: “Are you sure you checked everywhere? The drawers and on the floor?”

“No, David. I presumed it had been stolen,” Brenda replied with a sarcastic tone, adding: “I searched everywhere.”

“Why, is your dad saying any different?” the café worker asked, with David telling her: “No, it’s just me. Just trying to get my head around it all.

“To tell you the truth, my dad could really do with seeing a friendly face,” he added but Brenda wasn’t interested.

“Well, I hope he gets better soon,” she replied before heading into the kitchen, clearly done with the conversation.

Towards the end of the episode, the village heartthrob caught up with his father, asking if he would like some coffee.

“Yes, I would like that. These last 24 hours have made me feel a little bit old and fragile,” Eric said, possibly hinting he could be living with dementia as he questions his own memory.

“I know you don’t believe me about the brooch,” he added to which David told him he had “never said that”, rather just wanted to get all the facts straight.

“I had been in that draw three, four times. How could I not have noticed it?” the pensioner asked, with his son telling him: “Maybe because it wasn’t there.

“I spoke to Brenda as well and she checked that place several times,” he explained but said he was still in two minds about whether he thought his memory was serving him right.

Unfortunately, the Dingles were not buying any excuses and by the end of the episode, Eric was arrested by the police for assaulting Aaron.

Will the authorities make a case to the doctors that the pensioner could be suffering the onset of dementia?

Hello, There's a Secret Meaning Behind Love and Forty's Names on 'You'