Sadie King (played by Patsy Kensit) was last seen driving away from Emmerdale in 2006. The glamorous Dales resident conspired with Cain Dingle (Jeff Hordley) to kidnap Tom King (Ken Farrington) and take his money but Cain left Sadie with nothing. Could she return to settle an old score?

ITV was forced to adjust its schedule when filming on Emmerdale came to halt earlier this year.

While the soap now airs three times a week, fans have been given a chance to revisit classic storylines.

In the first instalment of Emmerdale Family Tree, viewers took a trip down memory lane with the Dingles.

Cain was involved in one iconic storyline in particular, which saw him team up with Sadie. 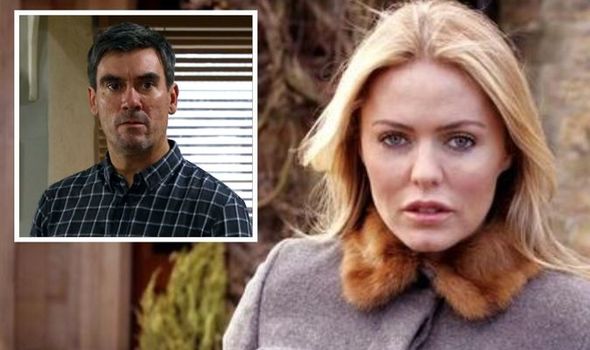 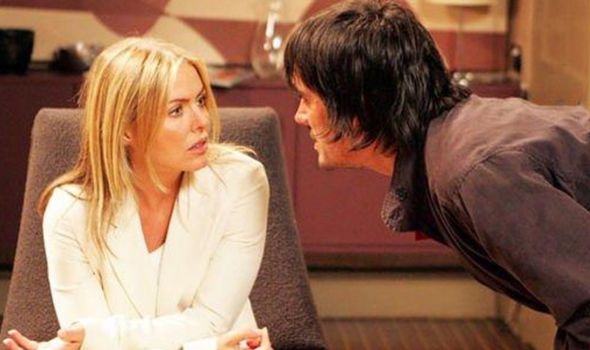 Sadie arrived in the village in 2004 as the wife of Jimmy King (Nick Miles) but their marriage soon fell apart.

The ambitious blonde bombshell failed to accept being kicked out of the family fold.

She embarked on numerous attempts to flirt and trick her way back in with the Kings.

Ultimately, she decided to take her revenge out on Tom with the help of Cain. 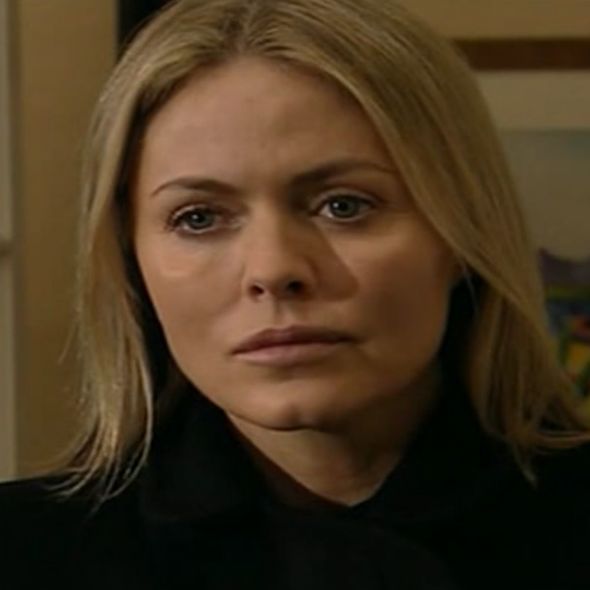 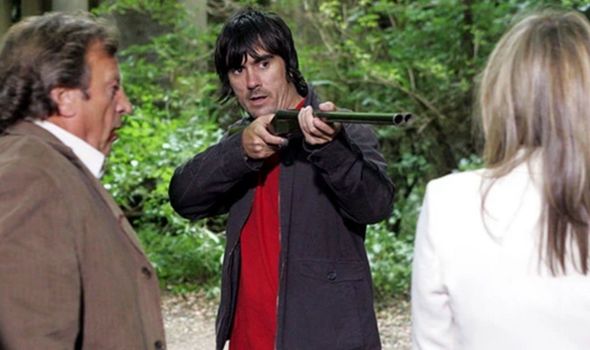 They devised a plan to kidnap Tom but in the end, the Dingle bad boy double-crossed Sadie.

He left the village in a small plane with £2 million while Sadie was left driving away in a BMW.

Emmerdale viewers were thrilled to see the storyline visited as one tweeted: “#Emmerdale Seems so long since the Kings were in it, loved Cain getting the better of them.”

“I loved the Tom King storyline. One of my personal favourites #Emmerdale,” another shared.

It’s been 14 years since Sadie was last seen in the village but she may have waited this long to plot her revenge.

Fans will know it’s not uncommon for villains to return to the Dales after a long hiatus and Sadie certainly has a few scores to settle.

Both Jimmy and Cain still reside in the village and she could return as a rich widower ready to make amends for her past indiscretions.

But this could be a trick and Cain would need to prepare for an explosive showdown.

The vet is determined to keep his involvement in Moira Barton’s (Natalie J. Robb) hit-and-run a secret but Nate overhears him discussing the matter with Belle Dingle (Eden Taylor-Draper).

Nate initially refuses to be bribed but his girlfriend’s pregnancy and his current financial situation could change his mind.

Will Nate keep Jamie’s secret in exchange for his old job?

Emmerdale airs Mondays, Wednesdays and Fridays on ITV at 7pm.