Bob (played by Tony Audenshaw) has struggled with money before on Emmerdale, having taken loans out against the café in Brenda Walker’s (Lesley Dunlop) name before. It’s fair to say, he is an expert when it comes to finding some extra money quickly, even if it is by unconventional means. Unfortunately, it seems he gave Sam (James Hooton) some unsolicited advice in Wednesday’s episode of the ITV soap and this could land the Dingle man in some serious trouble not only with his wife, Lydia Dingle (Karen Blick) but also with some loan sharks.

The episode began with Lydia telling her husband she had ordered some more pamphlets to see which dream caravan she wanted them to buy.

Little did she know, her other half had already been planning on renovating an old, dishevelled one because of financial problems.

Seeing what the state-of-the-art vehicles looked like, Sam decided he needed to sell the one at the scrapyard as he wouldn’t be able to get it anywhere close to Lydia’s dream in her mind.

As he popped into the Woolpack for a drink, he got speaking with Bob and Matty Barton (Ash Palmisciano) about his money woes.

With the father of one clearly down in the dumps, Matty turned to him and said: “We will get you a few quid for the old caravan.” 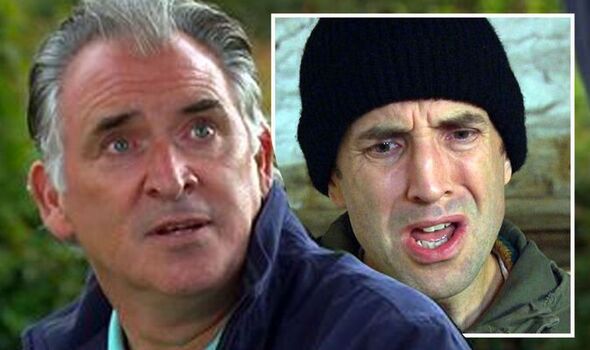 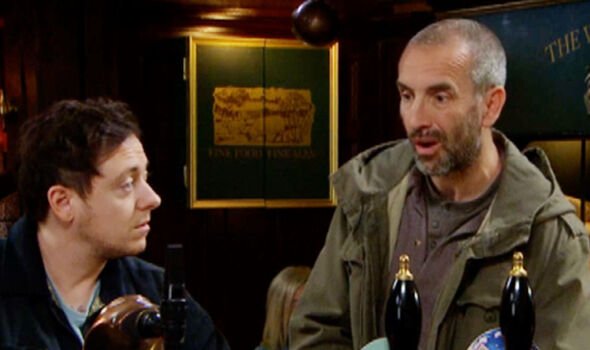 “Yes and then maybe I could buy Lydia a toy one to remind her she married a loser,” the disappointed Dingle man remarked.

Looking at the brochure, Bob told the Dingle man: “Well, that one needs to be repaid over three years.”

“He’s right, what you need is a loan you can pay over a longer period,” Matty explained, before leaving the barman and Sam to it.

The gamekeeper got out his phone and started to look for quick fixes to his cash flow problem and soon came across some dodgy-looking loan sites. 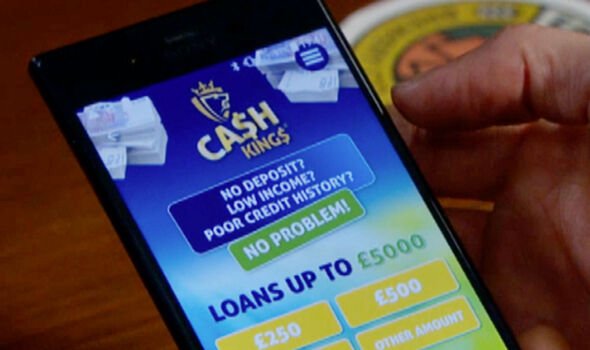 “Here’s one, low deposit, poor income, poor credit history…no problem. Bingo, get in,” Sam said with a smile on his face.

It seemed Bob had encouraged him to do something less conventional which could lead to him soon developing an addiction as his need for money becomes greater.

At this point, Lydia walked into the pub, with Bob noticing her first and acting shady as he tried to alert Sam to who had entered the premises.

“Nothing, why? What did you see?” Sam replied, making himself seem shadier than ever by clearly hiding something from this wife. 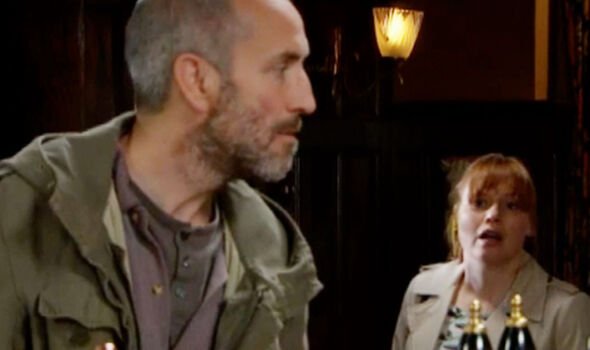 Lydia answered: “Well, I can honestly say, whatever you’re up to is a complete mystery to me,” but she wasn’t convinced everything was kosher.

As he realises he cannot pay the loans back, he could start gambling, a fetish Paul Ashdale (Reece Dinsdale) used to have and he ended up leaving Lydia with huge amounts of debt she didn’t know she had.

Becoming a vision of the villain with his addiction, Lydia could start to realise what’s going on and she would want someone to blame.

Having walked in on the shay interaction between her husband and the barman, she could be convinced it was Bob who got her spouse into this state.

How well do you know your British soaps?

How many times has Ian Beale been married in EastEnders?

What is the name of Bianca Jackson and Ricky Butcher’s son on EastEnders?

On EastEnders in 2002, who accidentally ran Jamie Mitchell over in his car which caused his death?

How many times has Corrie’s Steve McDonald been married?

What happened to Emily Bishop in Coronation Street?

Who murdered Maxine Peacock in Coronation Street in 2003?

Which incident in 1993 killed off four characters in Emmerdale?

When did the show stop being known as Emmerdale Farm?

On what date did Hollyoaks air its first episode?

What was the name of the much-loved Coronation Street pet dog who was put down in April 2020 after 14 years?

1996 saw the arrival of one of Hollyoaks all time bad boys and rival of Kurt Benson, but who was he?

Who is the longest serving character on Coronation Street?

Who shot Phil in EastEnders?

How many fires have there been at Corrie’s Rovers Return?

Get out of my pub, you’re no soaps fan

With no money of her own, either, she would be worried about how she and her husband were going to pay back the loan sharks coming after them.

However, once Sam gets hold of some money to pay them back, he could end up spending it as he thrives on the thrill of gambling.

At this point, he could put his marriage on the line as he has more of a need for gambling and money than he does for Lydia.

She could even go as far as to offer him an ultimatum, making him choose between her or the money.

Gripped by his addiction, will Sam be able to commit himself to his wife or will he choose to stick with his passion for gambling?

Earlier this year, producer for the show, Laura Shaw, teased a storyline like this when speaking about the summer storylines.

The show boss said to Express.co.uk and other media: “Sam and Lydia will also have a big storyline that’s going to see them pull together.

“I think the stories running through the summer are very much about strengthening some of our couples and seeing them fight for what they love and pushing one or two others to breaking point.”

Will Sam’s addiction break the beloved couple apart for good or will he realise he needs professional help to overcome it?

Emmerdale airs weekdays at 7:30pm on ITV, with an hour-long episode airing on Thursdays.

Are Married At First Sight's Carolina Santos and Daniel Holmes still together?