THE Brits cleaned up at the 2019 Emmys with 12 awards as Fleabag, Killing Eve and Black Mirror triumphed.

The night really belonged to Phoebe Waller-Bridge, after she picked up three awards for her hit BBC Three Show, Fleabag. 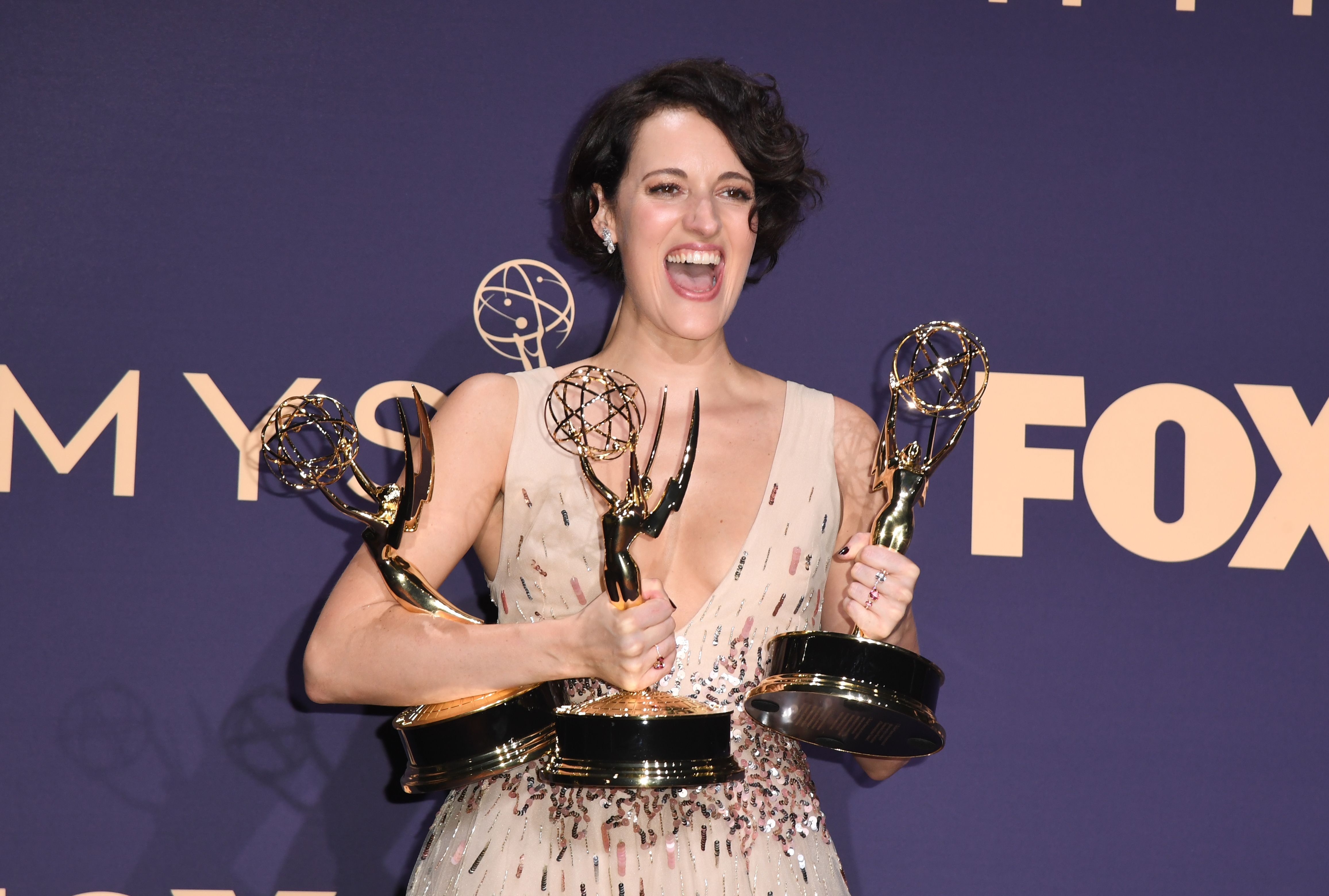 The 34-year-old was gobsmacked to win for her writing, as a lead actress and for best comedy series at the ceremony, which took place at the Microsoft Theater in Los Angeles on Sunday night.

Fleabag also won a fourth gong, for best directing which was picked up by Harry Bradbeer.

Speaking after the final win of the night for comedy series, Phoebe told the audience: "This is just getting ridiculous. Fleabag started as a one woman show at Edinburgh festival in 2014.

"The journey has been absolutely mental to get here.  This is about season two, and it would not have happened if it was not for Andrew Scott, who came into our Fleabag as a whirlwind. 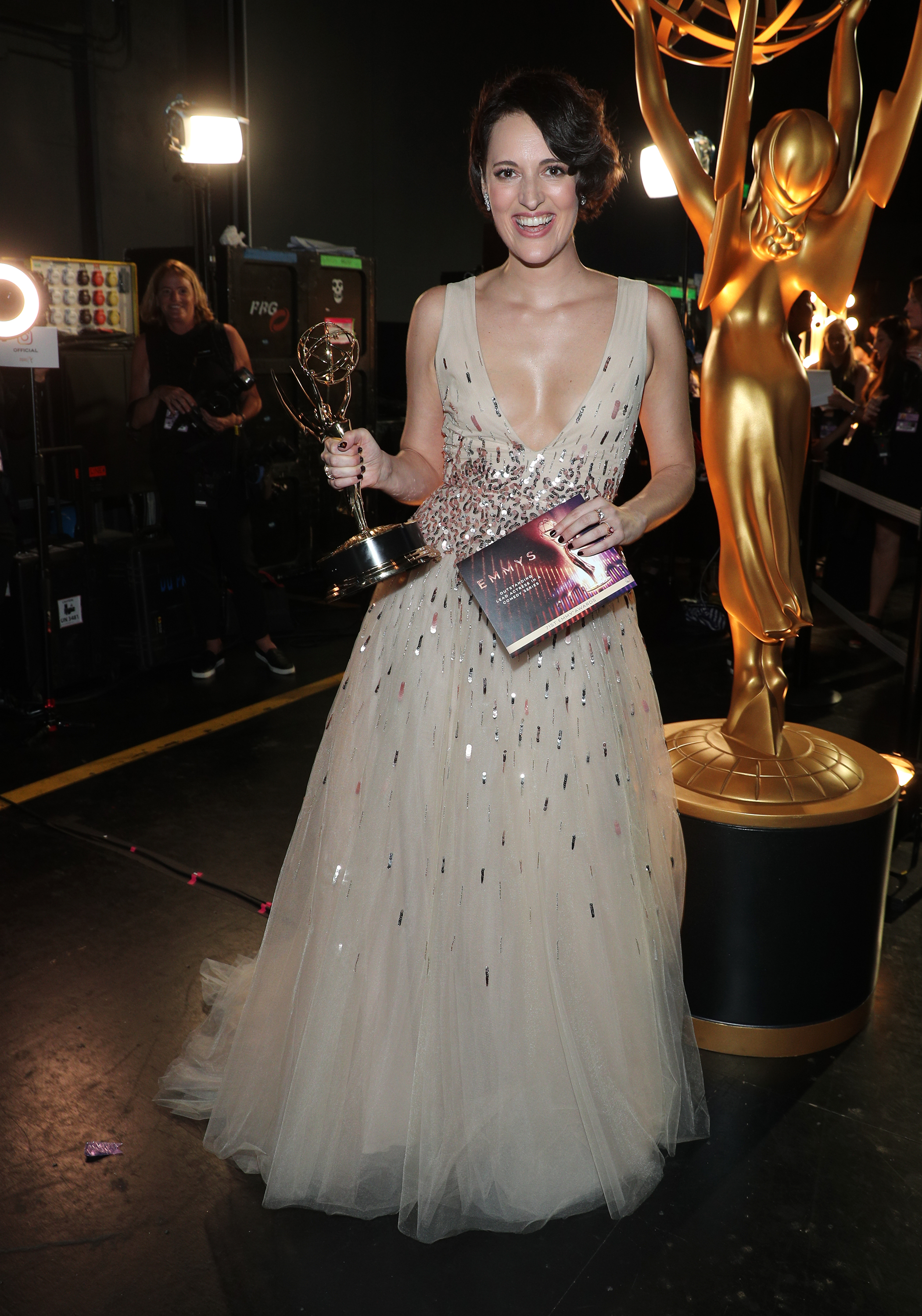 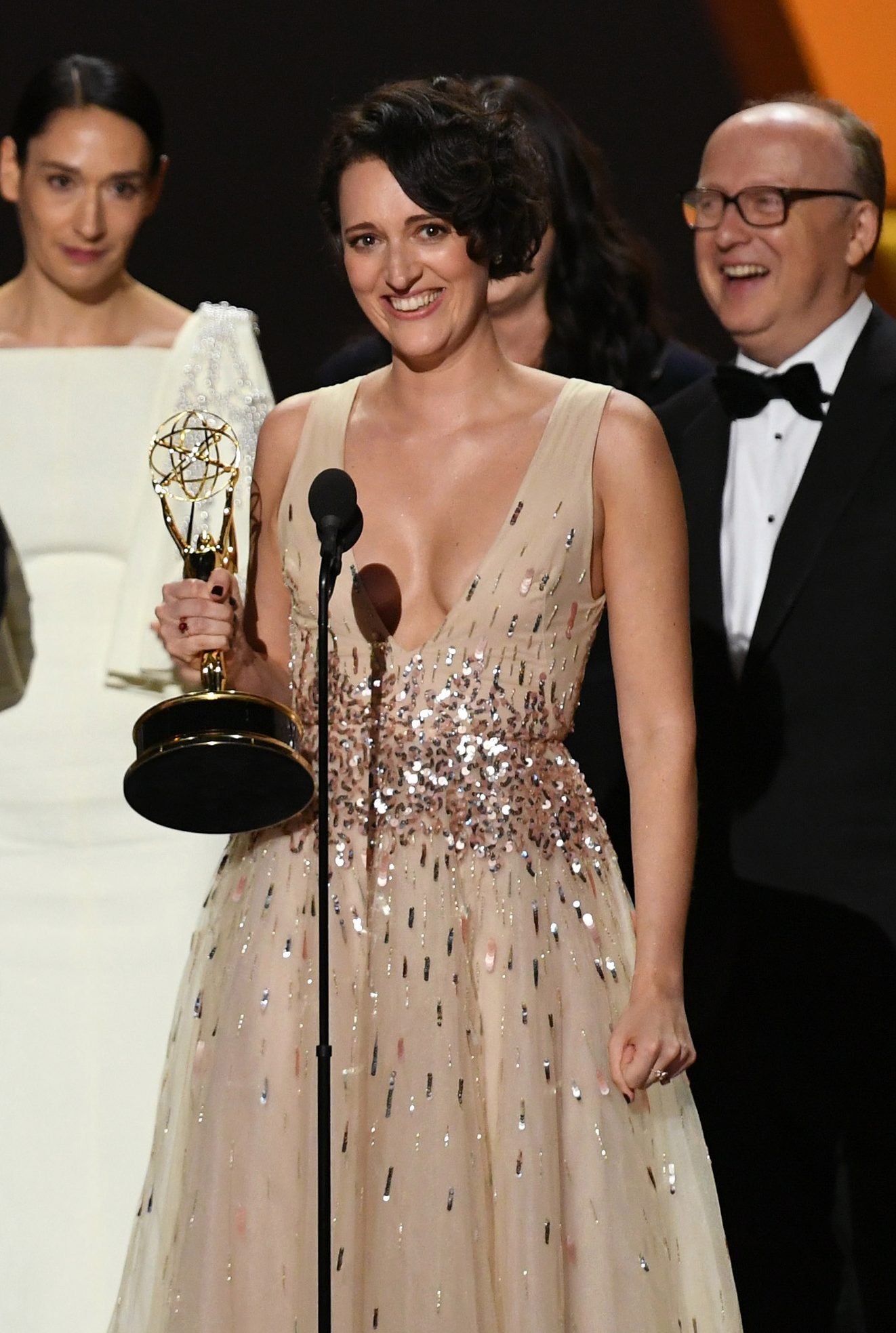 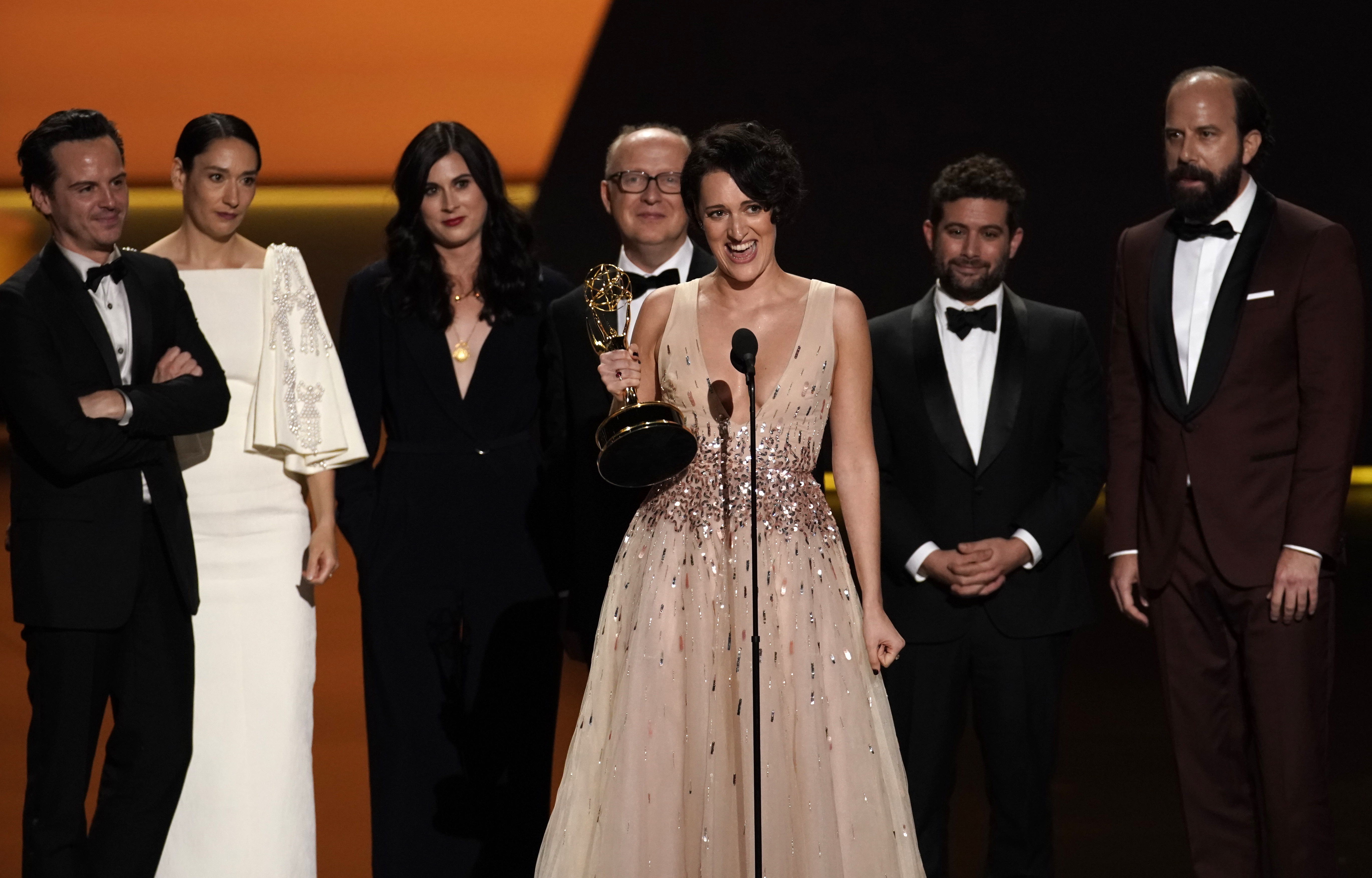 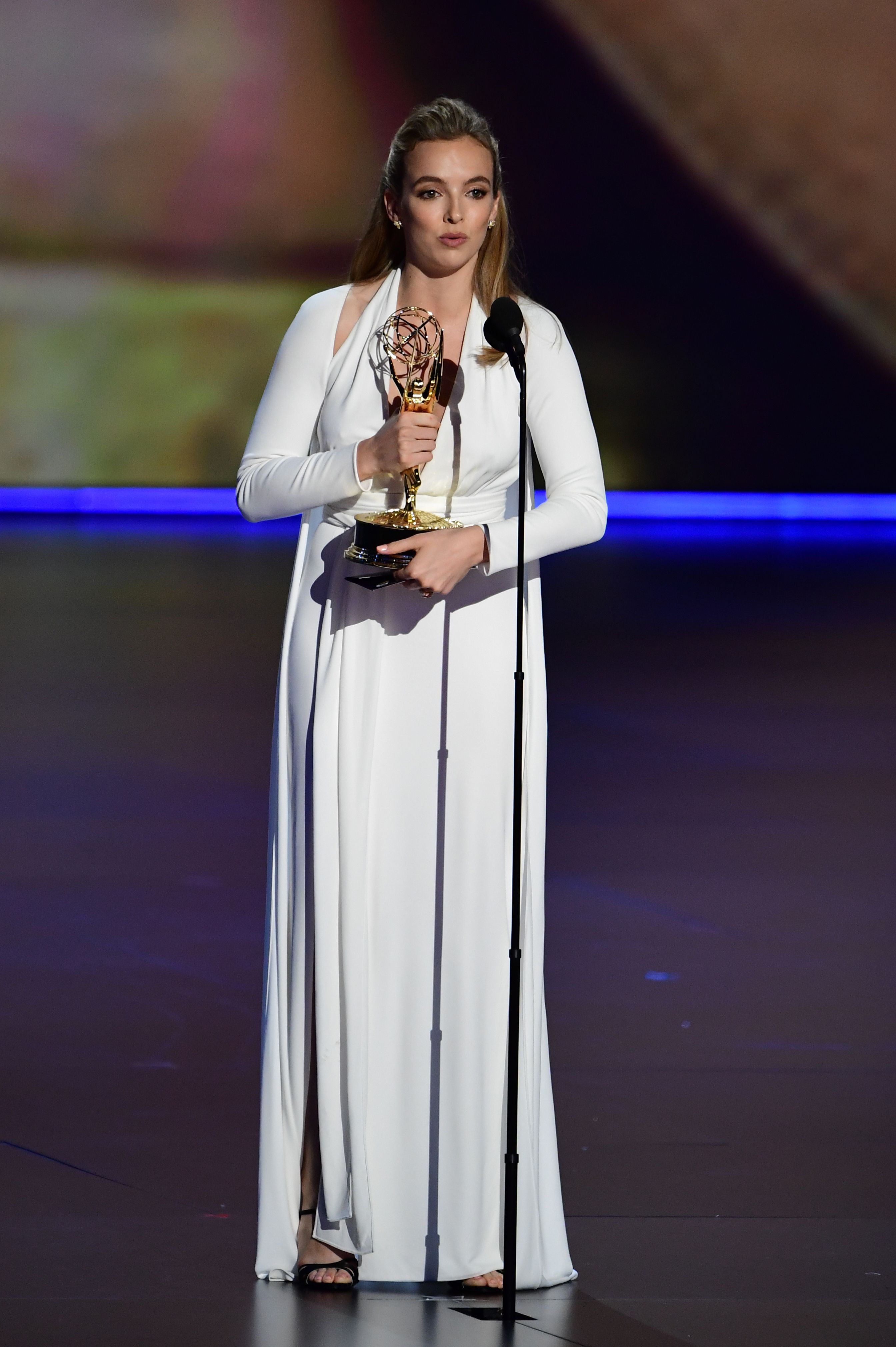 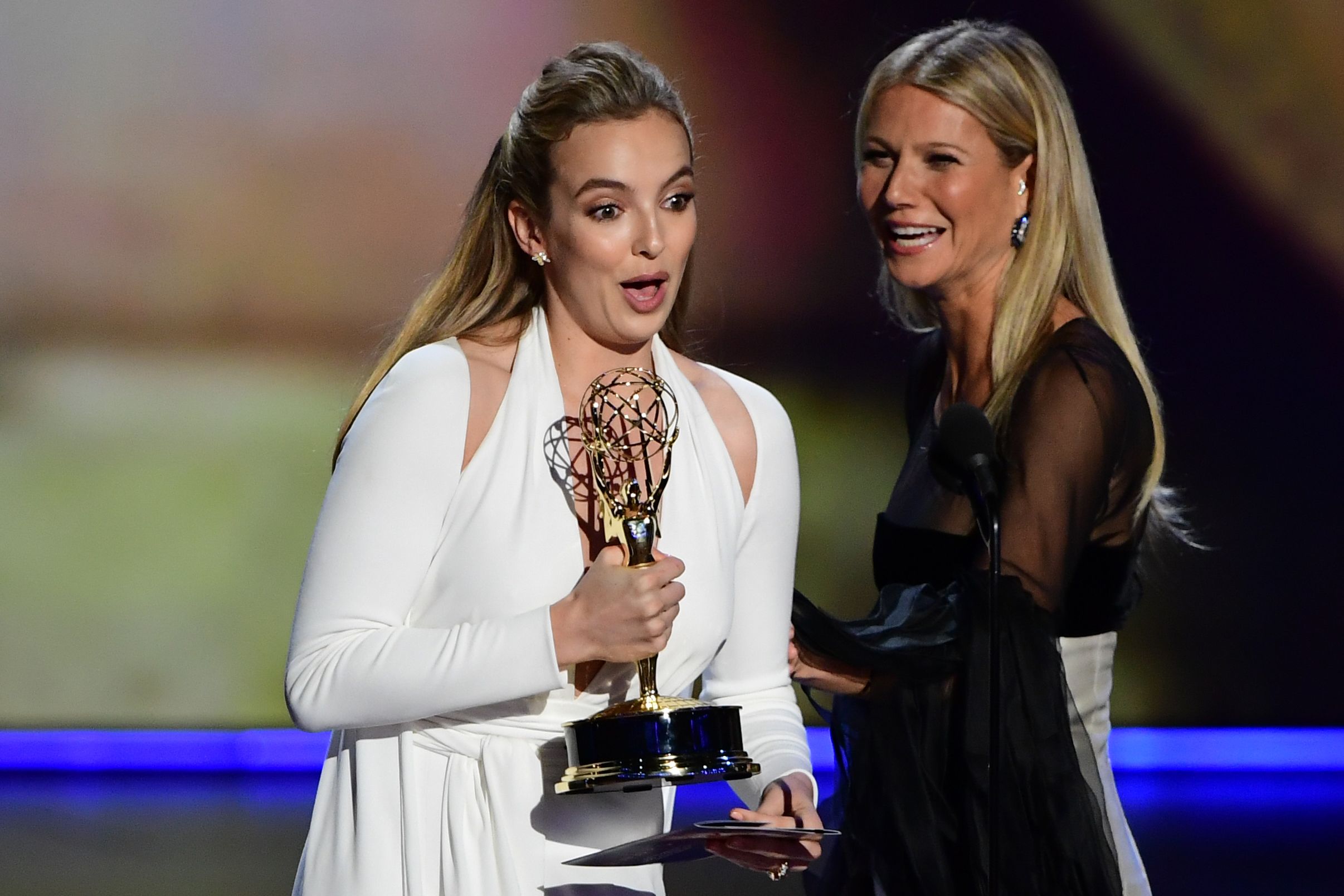 "He gave a performance with such depth and integrity that blew us all away. Fleabag says thanks."

Phoebe also received a mention in Jodie Comer's acceptance speech after she was announced as the winner of the Outstanding Lead Actress In A Drama Series for her role as Villanelle in Killing Eve, for which Phoebe is a producer.

Jodie, 26, was stunned to receive her award from Gwyneth Paltrow, telling the audience: "I was not expecting to get up on this stage. I cannot believe I’m in a category with these women, including my co-star Sandra Oh."

Addressing Sandra, who plays Eve, Jodie added: "It's safe to say Killing Eve has been a whirlwind and I’m so lucky I’ve spent it with you." 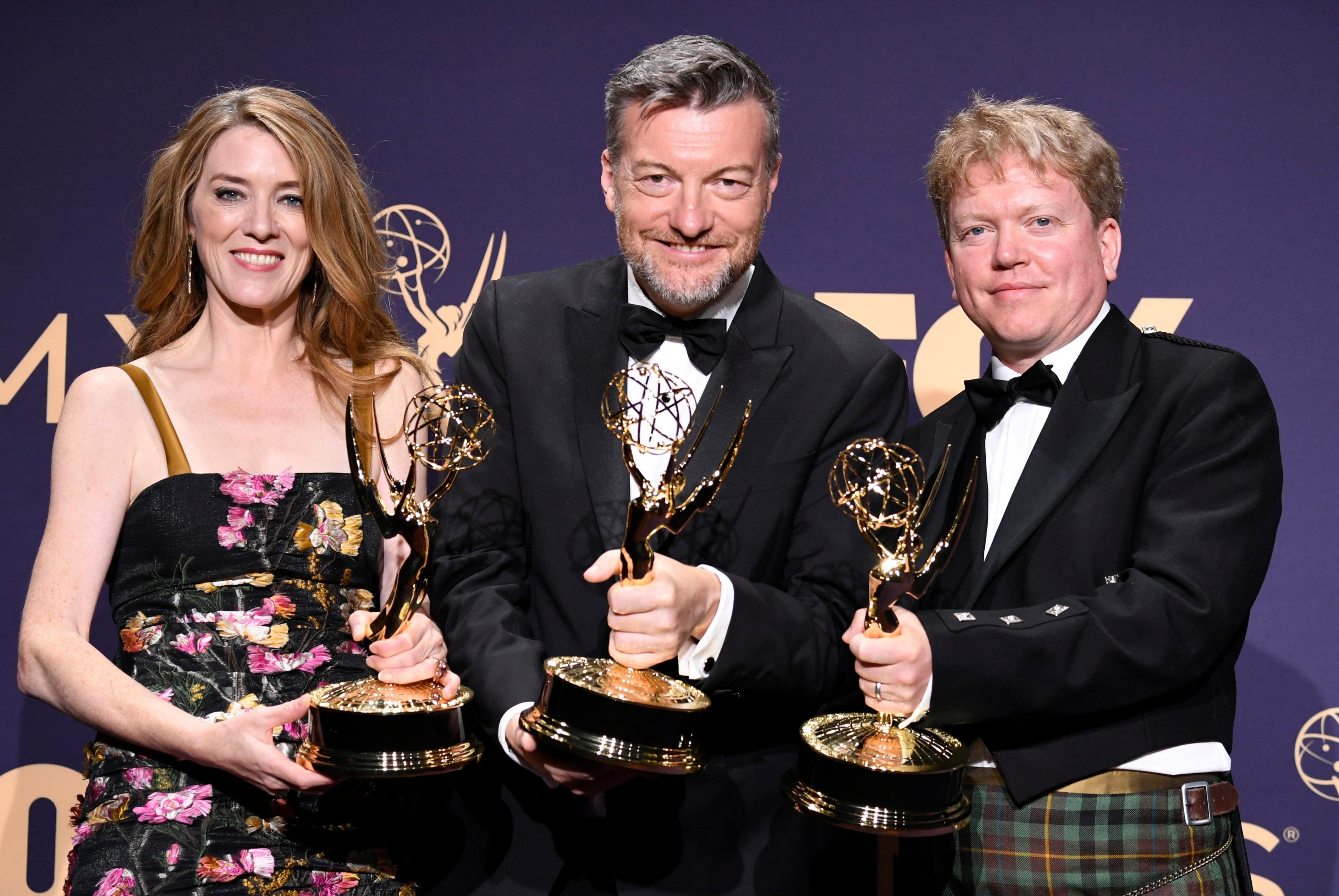 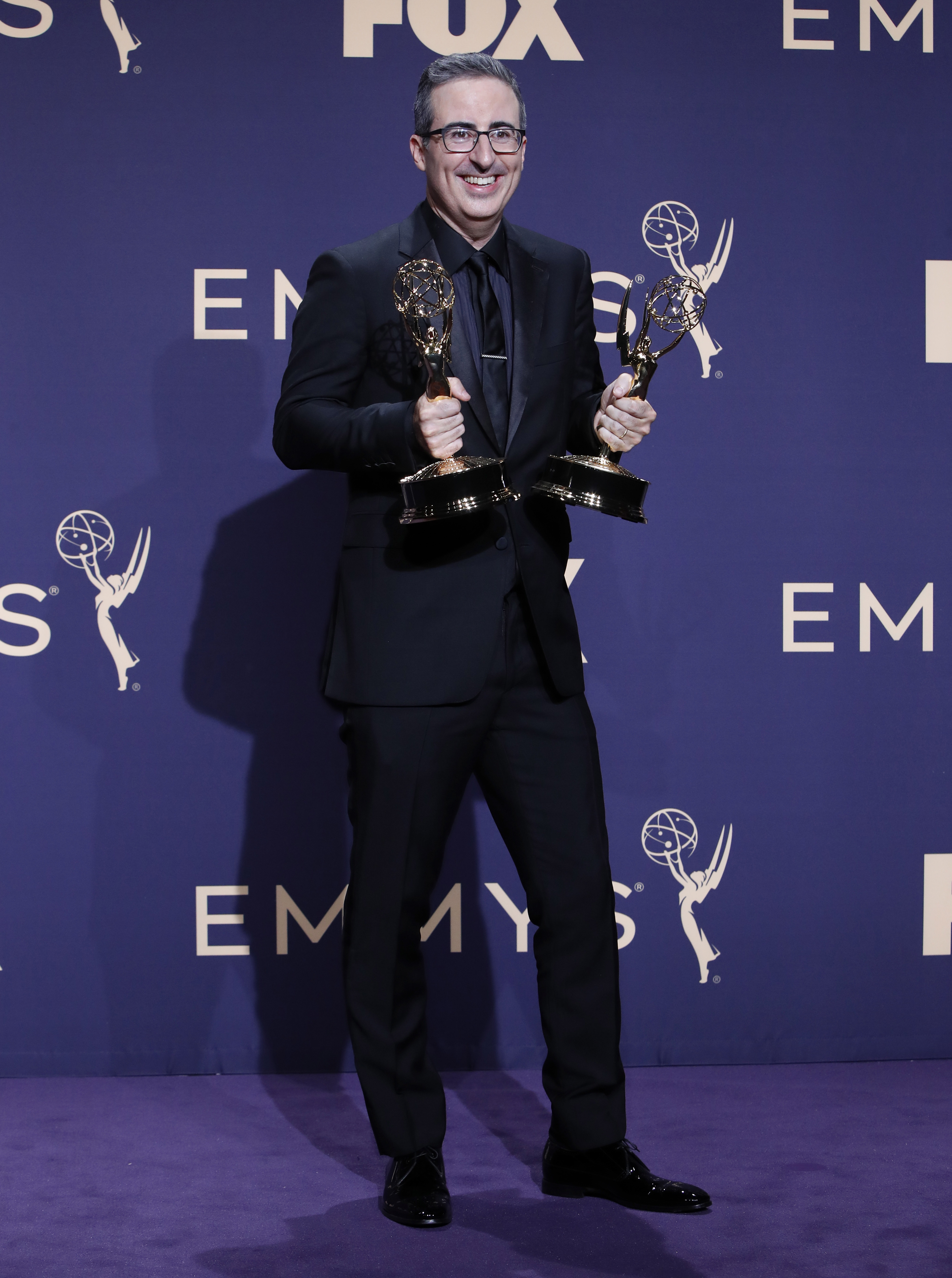 The actress then apologised to her parents who were back home in Liverpool, saying: "Thank you to my mum and dad who are in Liverpool and who I didn’t invite as I didn’t think this was going to be my time.

Sky Original drama Chernobyl was also a big winner, picking up awards for Director and Writer in a Limited Series of Movie as well the Outstanding Limited Series. 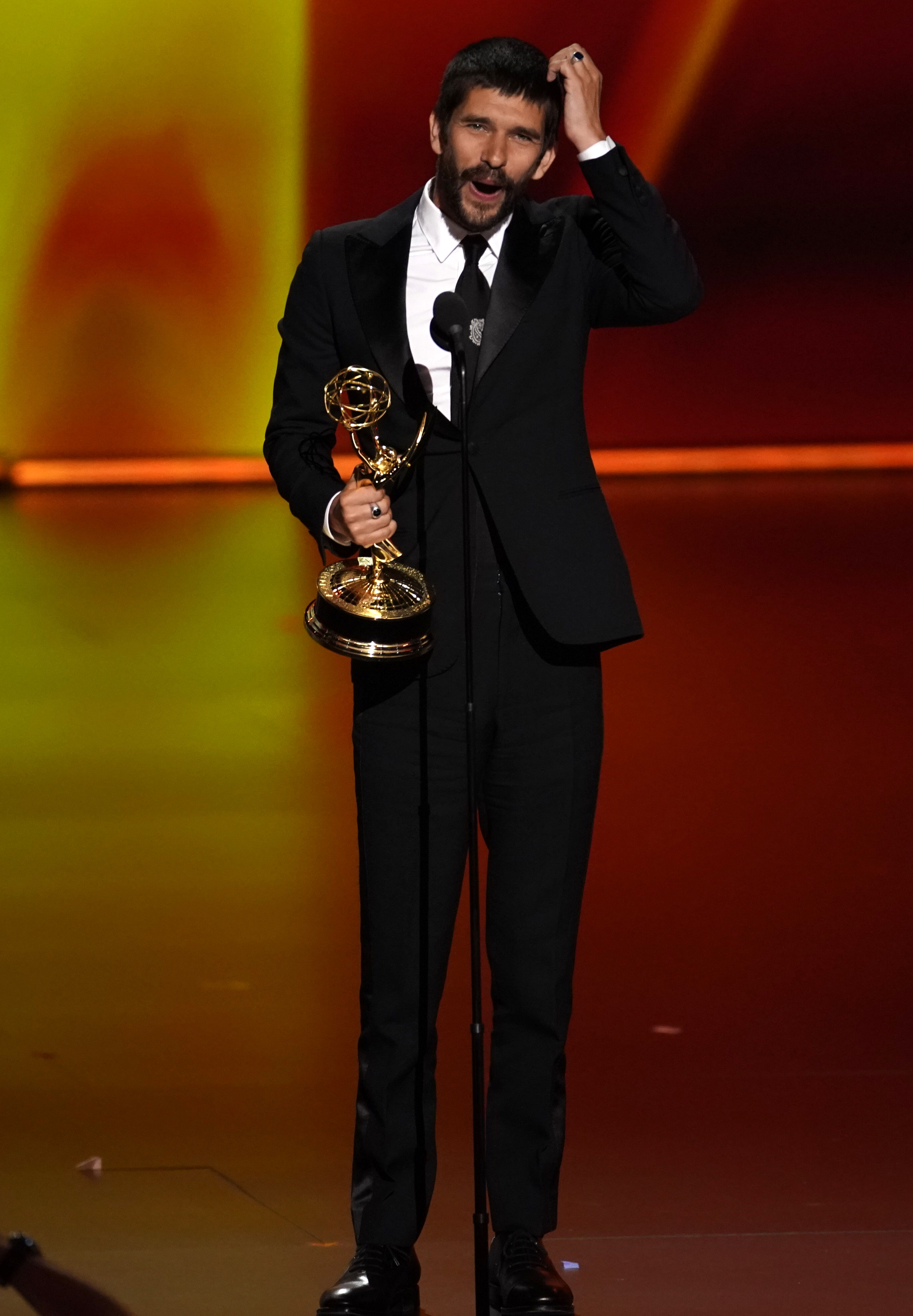 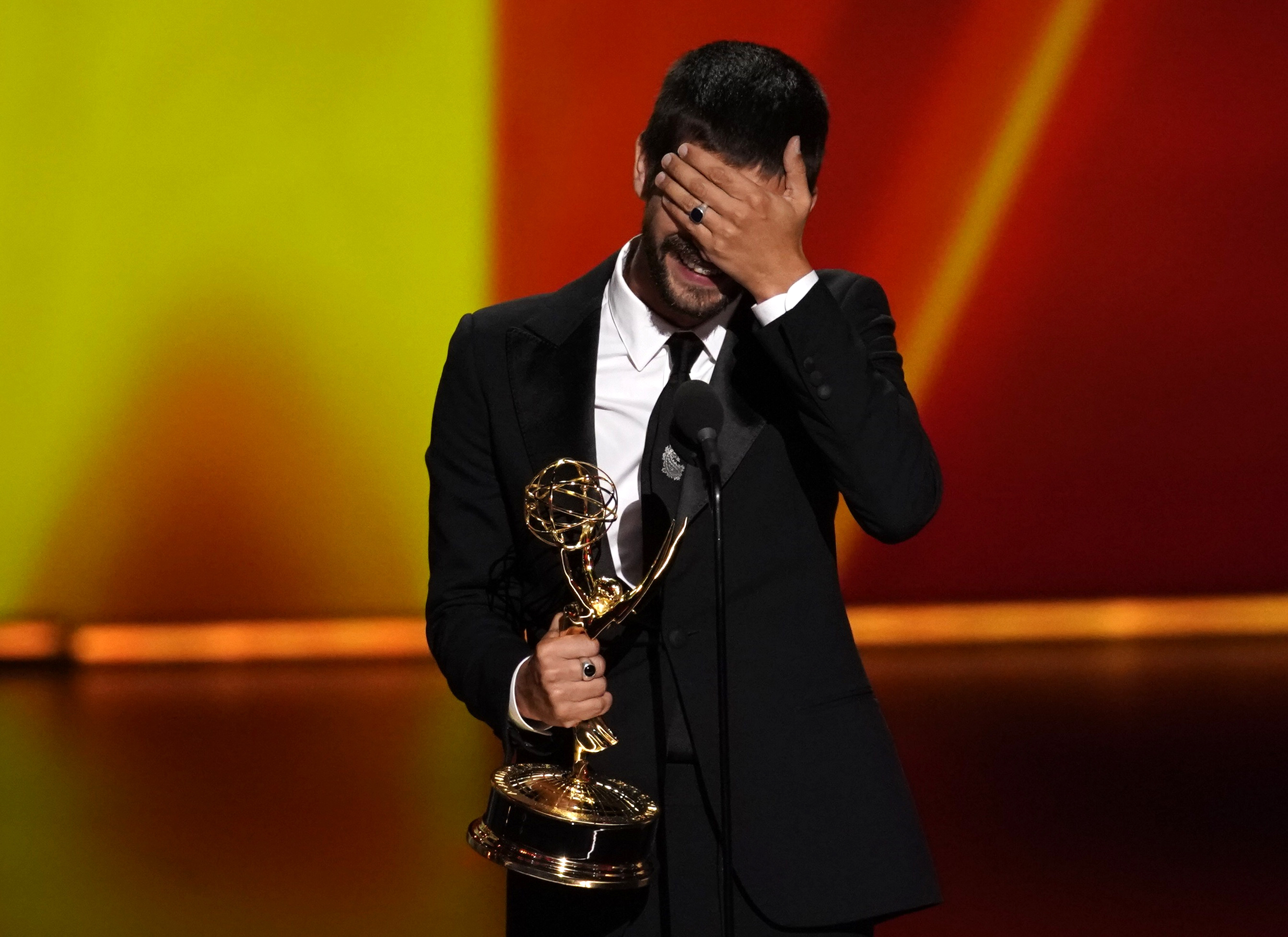 Charlie Brooker took to the stage after winning the Outstanding Television Movie for Black Mirror: Bandersnatch, while John Oliver – who is from Birmingham – received two awards for his show, Last Week Tonight with John Oliver.

Also flying the flag for Britain was Ben Whishaw, who won the award for Outstanding Supporting Actor in a Limited Series or Movie for his role in A Very English Scandal.

Ben, 38, admitted he was hungover in his acceptance speech, before thanking his co-star Hugh Grant.

Hugh, 59, was nominated in the Outstanding Lead Actor in a Limited Series or Movie but he lost out to Jharrel Jerome for his work on When They See Us.