Toy company Mattel is staffing up its television department.

The Barbie and Masters of the Universe firm has hired former NBC exec Phil Breman as Vice President of Live Action Development, where he will oversee development across both scripted and unscripted shows. 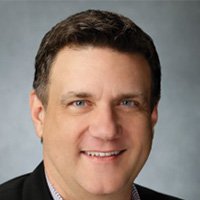 Breman (left) was previously VP, Current Programming at NBCUniversal, where he worked on series such as Unbreakable Kimmy Schmidt, Manifest, and Will & Grace. Prior to his role at NBC, he developed several scripted kids and family series at Disney Channel including Good Luck Charlie and Jessie.

It comes as Mattel ramps up its television offering; it has a live-action TV move with Nickelodeon and is developing unscripted series including Barbie Fashion Battle. On the animated side, it has Netflix series set with the Masters of the Universe franchise, television movies Barbie & Chelsea: The Lost Birthday and Barbie: Big City, Big Dreams as well as a new Thomas & Friends series.

Fred Soulie said, “This is an exciting time for Mattel Television. Phil offers a wealth of knowledge in television development and current series programming for cable, broadcast and streaming, and will be invaluable as we continue to create compelling programming driven by our iconic suite of brands.”

Phil Breman added, “Mattel has one of the world’s most recognizable and beloved portfolios of brands and I am thrilled to be joining such an incredibly talented team.  There is such a rich history and strong emotional connection to these brands and the potential to create stories that will resonate with both kids and adults is truly unlimited.”

'The Eddy' Trailer: Damien Chazelle Once Again Asks, "Ya Like Jazz?"